Alexia Rasmussen Gets Hers

The up-and-comer on the horror genre, dorking out on The Lord of the Rings and Zack Parker’s psychological thriller Proxy. 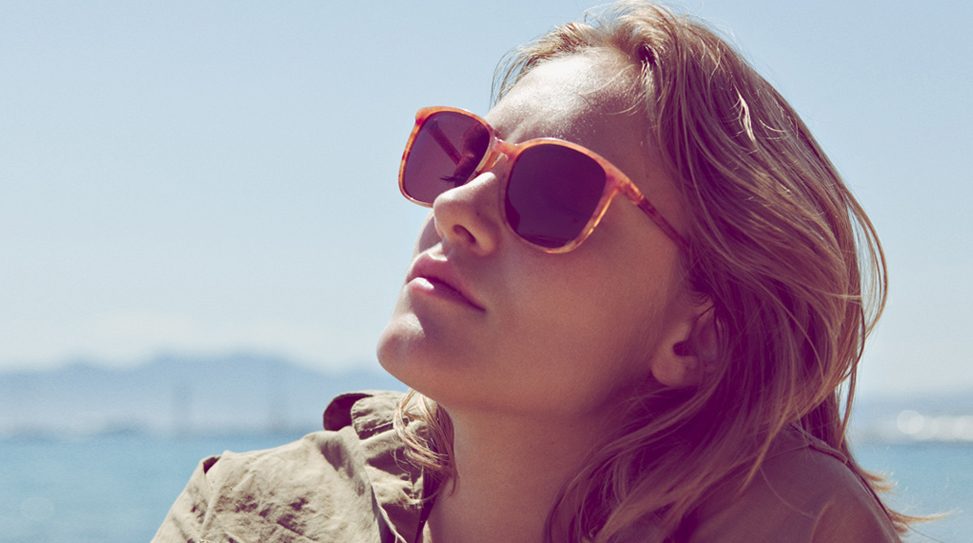 It’s so odd because it seems like such a sweet, American town and it yielded this incredibly dark, virtuoso filmmaker.

By his own admission, director Zack Parker struggles with calling Proxy a horror film. “It’s not about zombies, creatures or supernatural entities, but about the most terrifying thing I can think of: people.” The psychological thriller, which premiered as part of the Vanguard sidebar at the 2013 Toronto International Film Festival, starts with no small amount of tough promise. The film opens with a hooded assailant viciously assaulting a very pregnant Esther (Alexia Rasmussen), an attack that leads to a miscarriage. She finds consolation in a support group, especially from Melanie (Alexa Havins) who provides a shoulder to lean on. From there, the motives of both women get murkier and murkier, and their bond grows disconcertingly dangerous.

Rasmussen is the perfect balance of everyday and otherworldliness—a natural star quality. She’s also an expert at delivering a certain kind of menace, one of precision and glassy blankness, that’s saved for the camera. As Clark so cruelly shows in Proxy, she can change in a breath—from vulnerable to malevolent, from childlike to violent, from someone to care for to someone who might atavistically want to kill… To get a real sense of Rasmussen, it helps to go beyond the menace. As Proxy continues rolling out to unsuspecting American audiences this month, we caught up with the actress to find out if there’s anything she wouldn’t do for a role.

What were your early impressions of Proxy on paper? What questions did you have? What were you most excited about?

When I read the script, the twists were what I appreciated the most. I was obviously drawn to Esther a lot because I had never read a female character similar to her. I liked how the film explores themes of loneliness and alienation.

How would you characterize Esther? She seems somewhat normal, but there are certain things that make you question her mental state.

Like a lot of actors, I try to avoid thinking of a character as being crazy or even strange. She is lonely and very innocent. She approaches things from a very childlike perspective, which can be sometimes dangerous. I can’t give too much away… [Laughs] It can be unhealthy. I tried to think of her more as, not a victim, but a vulnerable individual with a strange past. She’ll do whatever she has to in order get attention, be looked at and be admired.

The innocence and vulnerability you’re talking about comes across even more because of the fact that the two other female leads play such dominant characters.

Absolutely. That’s actually what I was drawn to and what’s so great about Zack. It’s rare when you find such a diverse palette of women in film. It’s really refreshing.

This is certainly discussed a lot. Do you find that a lot of roles that come into your periphery are cliché and uninteresting?

There are plenty of great roles for women out there, but you do get your fair share of hand-holdy girlfriend roles. It has it’s place in the canon and we need those characters as much as we need the more “odd” ones, but it’s really surprising when someone like Esther comes across your path. That’s your chance to explore something a little deeper. I guess it is more common for those kinds of roles to extend to men. This was a real treat for me in that sense.

The film is violent in places and, of course, there’s the issue of nudity. Were you at all concerned about what would be expected of you?

I’ve done nudity before, but I think the most important thing was that those really intimate moments were insights into Esther’s psychology. I also felt very comfortable with Zack because he was respectful of those scenes. It’s work. Taking my clothes off is something that I always question, but with Zack, I felt like we were making a different kind of film. I trusted him.

I remember Zack mentioning that he really appreciates films that are challenging to watch, but done in this really beautiful way. How would you describe his sensibility?

I think working with Jim Timperman, the director of photography, really excited Zack. I think Zack literally mapped out every single shot in the film. I come more from a run-and-gun indie world with shaky cameras and things falling out of focus. Whenever we nailed a challenging move or shot, I think that’s when Zack got really excited. The visuals and the compositions are very important to him. He was very specific about what he wanted and that was awesome for the actors.

Let’s talk about the bathtub scene. The circumstances for the characters are certainly not so great, but it was so amazingly executed. You shot that on the Phantom camera?

We did shoot that on the Phantom, which was really exciting. It was my last day on the shoot. That bathroom was actually a set that we built on a stage. Well, I didn’t build it. [Laughs] It was built specifically so we could do the stunts. It was a really long day. I had remembered seeing Melancholia and knew it was a beautiful instrument. I was thrilled—and nervous—about using it.

It’s funny you bring up Melancholia because there were certain moments in the film that brought to mind Lars von Trier. He certainly makes challenging films that are beautiful to look at. I’d imagine that things get a bit more technical for the actors when you’re shooting scenes like that.

With the bathroom scene specifically, we shot the more physical side of it in parts. The part where I’m interacting with Melanie was shot separately from the gun stuff. We also shot the thing of me writhing around—not giving too much away!—separately. I was really nervous about that because I’m not much of a screamer, but I somehow managed to get it right. Even though you can’t hear me screaming, you can definitely see that I’m screaming. [Laughs]

I understand this was shot in Richmond, Indiana, which is what Zack is known to do. He likes to shoot in his hometown. How did you find that experience overall?

It was wonderful! I love shooting on location, even if it’s some totally random place. Not that Richmond is a random place; it’s a wonderful town. We had so many young people working on the crew from the area. There was this excitement surrounding this film, coupled with Zack’s own celebrity in that town, which was so cool to be around. It didn’t feel jaded. In New York, when the grip is standing in your eyeline smoking a cigarette, it’s like, “This guy doesn’t give a hoot about what we’re doing here.” It was nice to have this really enthusiastic atmosphere. I think Richmond really embraced us. It’s so odd because it seems like such a sweet, American town and it yielded this incredibly dark, virtuoso filmmaker.

We need to talk about Gabriel too. I literally just spoke to Lou [Howe] and Rory [Culkin].

How did you get involved with that project?

Weirdly, I think I had originally auditioned for Louisa Krause’s role, but she was totally right for that part. Lou had known my manager because they had both interned for, I think, Harvey Weinstein. So, he had sort of known my work and offered me the role. I had been friends with David Call, who plays the elder brother in Gabriel, for several years running in similar circles. It felt like going to hang out with friends for the weekend.

I do remember talking to David last year and he mentioned that Gabriel was in the works. It’s when I talk to industry people like yourself that I come to realize just how insular the film community can be. You all know each other and work together often. Is that sort of the fun in making films?

Completely! For me, anyways… What drew me to theater and film was the idea of building a family and a camaraderie with people. Whether you’re working on something for six weeks or just a few days, it can be really fun. It’s kind of like going to camp for a living.

You studied at NYU?

What was the transition like in terms of studying acting and then getting your footing in the professional side of that world?

I was extremely lucky. I worked my ass off at NYU, but the head of professional services in the theater department, Lee Gundersheimer, sent me out on an audition for this really random horror film. It was the first time that I had ever done an on-camera audition. Before then, I was doing Shakespeare—the stuff they teach you in drama school that you rarely get to use outside of drama school. The casting director on the film asked me if I had an agent and I didn’t. He really stuck his neck out for me, so I got an agent before I graduated from college. That was an incredible stroke of luck. Then came this learning curve going from school and the real thing.

Are you particularly taken by the horror genre? Do you have a dream role?

I think horror has a lot of fantastic roles for women. If you look at the history of it, it’s not just women running from knives. I think it’s a healthy genre. There are also a lot of terrible horror movies. [Laughs] I’m pretty open to anything. My tastes range from the obscure indie stuff to Westerns and fantasy. I’m a big Lord of the Rings dork! So, it really depends on the script. It could be about two people sitting in a kitchen eating sandwiches, and if the script is good, I might want to do that. One thing I would love to do is a Western, preferably riding a horse and shooting a rifle. That would be a great thing to do.