Q&A with B. Åkerlund

B. Åkerlund is the jewel in Lady Gaga’s crown. 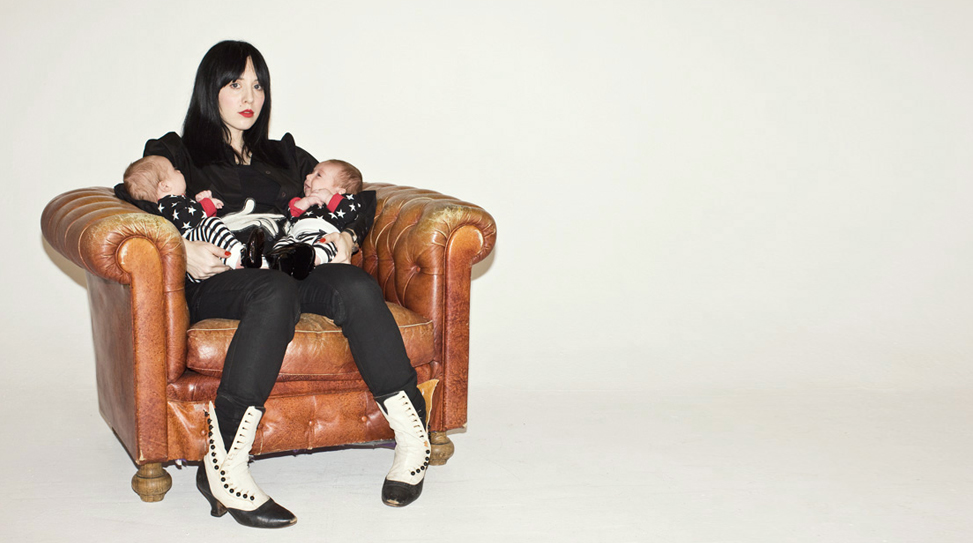 Lady Gaga often talks about how she was destined for something much bigger than herself. Sure, her ridiculously catchy pop songs become mega hits overnight and her rousing persona has startlingly little restraint, but it’s her loud outfits that fans seem to have really embraced with genuine gusto. This orbit headgear alone exemplifies Gaga’s defiance of the evolutionary science of fashion. So, how do these outfits come together exactly?

Much of Lady Gaga’s original creations are manufactured by “Haus of Gaga,” her in-house collaborative team of artisans and technicians. But there is an important name you may not yet be familiar with: B. Åkerlund. Following their handsome collaboration on the latest “Paparazzi” music video, Åkerlund immediately jumped onboard as Gaga’s first official personal stylist. If you’ve seen the video, you’ll agree that this partnership is irrefutably awesome.

Åkerlund gave Anthem a detailed breakdown of the megastar’s stunning transformations in “Paparazzi.” Scroll through the images in our media box and read on for the corresponding captions.

Can you talk a little bit about your background in fashion and how you ultimately chose to become a stylist?

I’ve loved clothes my whole life and it’s always been a passion of mine. I guess I fell into it quite naturally. Someone told me that I should become a stylist, but I didn’t know what that would entail and didn’t realize you could get paid to do something that you love.

What were you doing before you got into styling professionally?

Well, I started styling when I was 17. I’ve been doing it for quite a long time…

How did you first meet Lady Gaga?

I actually had a meeting with her before her album came out and she sought me out wanting to work with me. But at the time, I wasn’t available because I was pregnant. I just gave birth to twins and I was in Sweden for a couple of months taking time off. So, I passed on her offer. She called me up for every video that she’s ever done and I was just never available. This time around, she actually contacted my husband, Jonas, the director of “Paparazzi.” He asked me, “Should we do Gaga?” and I’m like, “Yes, perfect timing!” I was totally ready for her and we both realized that it’s a match made in heaven.

How did she stumble onto your work?

I have no idea. She just said she knew. I asked her, “How do you know that we’re so perfect for each other?” and she said, “I just know.” She’s like a sister that I never had.

Did she have a personal stylist before you came onboard?

She never had a personal stylist, but she has a creative director named Matthew Williams that she works with that does all the set design and collaborates with her on all her own designs. She calls her all of her own stuff “Haus of Gaga.” She hasn’t really worked with one particular stylist before me.

For the record, you’re her first official stylist?

Is this a full-time gig or does she sort of hit you up whenever she has something specific in mind?

She’s definitely a very strongly opinionated artist. She knows exactly what she wants and sometimes she’ll go ahead and make stuff on her own. I think she just needs me for more specific jobs, you know? I mean, she’s very busy and she’ll never do anything twice. On her promo tour around the world, she has about a million things going on all the time so I try to help out whenever I can.

What is it like styling for someone with such a huge presence in the world of celebrity, and especially Lady Gaga whose persona is so strongly informed by what she wears?

For me, it comes very naturally. I feel like styling her is like styling myself. [Laughs] She’s like what I see myself 10 years ago because I used to be a really crazy dresser. It’s just an amazing opportunity to be able to dress somebody as elaborate as your imagination will take you. As far as my imagination will go, she’ll most likely go there with me.

What is the collaborative process like in creating Lady Gaga’s clothes? How much of the concept comes from Gaga and how much input do you have as the stylist?

I feel like I have a lot of input because I come from the world of fashion. I don’t like to pull fashion; I like to make fashion. I feel like Gaga and I are alike in that respect. It doesn’t necessarily have to be about the new hot designers; it’s whatever we feel like doing at the moment. If that means pulling from old resources of designers we like or archives of things or whatever it is. It doesn’t matter as long as it feels right.

This particular look is a mishmash of different things. The corset is a Thierry Mugler Archive piece. We had to add a bra (by Tra La La) because she was moving around so much and her boobs would pop out. We added crystal pasties on top of the bra to make it our own. The gloves are custom-made by a designer in London called Gloved Up—these were actually an extra pair that was made and thrown in at the last minute. The Dior ring is from my own personal collection and those only come out for very special clients. The heart necklace is by Tom Binns and it’s also from my own personal collection, a gift from my husband. The other necklace she is wearing is a mixture of various vintage necklaces that I put together to create a very large one. She is also wearing diamond bracelets from Loree Rodkin, probably worth about $100,000. The shoes are by Giuseppe Zanotti.

This is a Thierry Mugler Archive piece. I was scared to death about getting blood on this outfit because it was all white and embellished with crystals.

This dress is also a Thierry Mugler Archive piece. It’s so genius because you can choose the level of exposure that you want in the back. You can make it look as risqué as you want and we went all the way. The shoes are by Dolce & Gabbana. The earrings are vintage; Gaga loves lightening bolts!

This look is crazy. I love that Gaga likes to accessorize as much as I do! There is a lot going on here. The neck brace is from Betony Vernon for Swarovski Runway Rocks. It’s made of metal and crystals. The shoulder pads are vintage and the jumpsuit is Thierry Mugler Archive. The metal corset is from Dolce & Gabbana archives and the shoes are Balmain for Giuseppe Zanotti. The bra is Tra La La.

Gaga called me and said she wanted to be in a wheel chair. She wanted me to design it and not the prop department. I took it upon myself to drive to East L.A. and exchange the wheels for some low rider ones. I ordered some Gucci fabric and handed it over to my genius friend/designer Michael Schmidt so he could embellish it with Swarovski crystals. Originally, we made a metal logo that read “Gaga” on the wheels, but she disliked the font and we ended up exchanging it for the Chanel logo. She is also wearing a Chanel knuckleduster that I own. The glasses are vintage Boy London.

This is a very famous Thierry Mugler robot that was my biggest dream for Gaga. We made it happen and it arrived in a huge metal box with padlocks on it—very exciting! It’s not the most comfortable thing to wear and very cold on the body, but a true work of art. The crutches were custom-made by Michael Schmidt with Swarovski chain and punk studs.

This is a piece from a London-based designer, Boudicca—one of my personal favorites. The outfit inspired me to make low-rent versions of it for the dancers at the last minute.

Gaga had a vision of making an outfit out of actual film stock, so we started wrapping it around her. We had about 2 minutes to make this outfit because she was leaving to catch a flight. My dear friend, Jeremy Scott, was there on set and helped out. It was very fun. The headpiece is vintage.

Jeremy Scott made this for Gaga. The glasses are from a previous collection of his. The shoes are black patent with a yellow Chanel logo—they were a must have with this outfit. The ring is by Noir.

This crazy cone head look was super fun. The glasses are vintage Emilio Pucci—Gaga’s own. I had this sparkly glove cape made by Gloved Up. She is wearing a vintage bondage bra and a chain corset made by the Blonds. All accessories are Noir.

This was the last outfit for the video. An archive Dolce & Gabbana corset that almost didn’t make it on to the set. It was held up at U.S. customs. I love, love, love this look.

Gaga is wearing an archive Jeremy Scott seashell suite with a clear Lucite metal Thierry Mugler bra. The shoes are by John Galliano. Gaga put on my bullet belt as a sash at the last minute because we both wanted to find the inner punk in the ensemble. (Note: this look didn’t make it into the final cut of the video)