One of the most exciting premieres in Cannes is, somewhat unusually, an American indie horror film called It Follows. 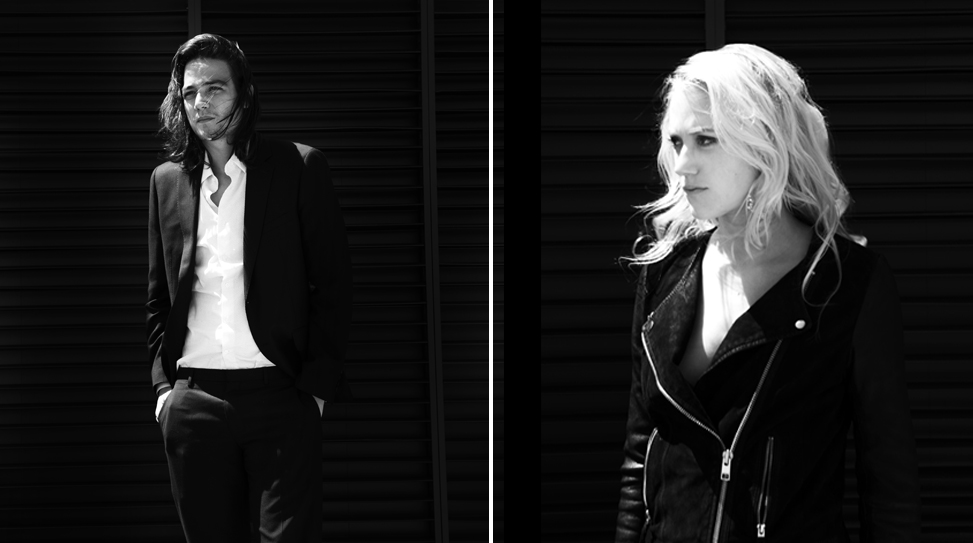 I went out for a Coke and, when he hid, I thought The Shining was going to happen to me.

Following an auspicious debut in 2010 with his first feature The Myth of the American Sleepover, writer-director David Robert Mitchell turns to genre with It Follows, playing the teen horror conventions both ably and attractively. The film, which premiered last week at Cannes’ Critics’ Week, works on the premise that the real threat for teenagers is actually what their parents always warned them about—sex. In It Follows, a nefarious supernatural presence of unknown origin starts following you after you sleep with someone whom is being followed by it, and the only way to stop being followed is to inflict the demon on another unfortunate sex partner.

At the center of the action is Jay (Maika Monroe), the object of everyone’s desire, so it’s no surprise “it” comes looking for her, too. Walking slowly, but with grim determination, the shape-shifting spectre can appear as friends or relatives, to the point where the choice to fight it becomes a difficult one. In Mitchell’s manicured suburban landscape of Detroit, sound signals of impending peril judder and shake, particularly with an effective Moroder-ish score, as imperiled teenagers spend a lot of time looking behind their shoulders. It Follows is an altogether smart, refreshing, and more or less a contemporary horror fan’s dream come true.

Anthem sat down with Monroe and co-star Daniel Zovatto by the beach to dig up Freddy Krueger, some behind-the-scenes dirt, and their origin stories.

What was the experience like watching It Follows with an audience at Cannes?

Marika Monroe: I was incredibly nervous. First of all, it’s scary watching your movie with an audience. Like everyone else, I find it hard watching myself. I don’t think my face should be that big on a screen—ever.

M.M.: Totally. I was like, “This is gonna be fucking scary!” But it was really fun. It was a great experience.

D.Z.: It’s Cannes. I don’t think it gets any better than that. We were definitely nervous, though.

Had you seen the film prior to this?

M.M.: I saw a rough cut of it on my little computer. That was much easier to handle.

What was your take on the horror genre going into this?

M.M.: I really loved horror movies as a kid. I think it was fifth grade that I was allowed to watch horror movies.

D.Z.: Old enough? This is where I lose my English.

M.M.: I was obsessed with Freddy Krueger. I watched all of the A Nightmare on Elm Street movies. I would cry going to sleep, but I loved that. For whatever reason, I loved being absolutely terrified. It’s quite weird… The Shining was another one.

D.Z.: I saw The Shining in a hotel room with my dad when I was 12. I went out for a Coke and, when he hid, I thought The Shining was going to happen to me. I love him, but he would do these things to me like give me wasabi saying it was avocado. I love scary movies and I like to be scared, too. I don’t know why.

What was your first reading of the script like?

M.M.: Initially, I was so confused by it. I was like, “Who wrote this? What the hell is going on?” I sent in my audition tape and David [Robert Mitchell] gave me a call. He told me what the idea was and told me it came to him in his nightmares. It was based on his nightmares growing up as a kid.

M.M.: [Laughs] He had to have been a weird kid. Then he sent a look-book of what the tone and feel would be like. I sort of pieced the script together with what he wanted and I thought it would be something good.

D.Z.: I think Myth of the American Sleepover was the biggest thing for me. After watching that first movie by David, I thought this could be so cool if done really well. I was reading the script on a plane and it was so weird. First of all, Maika’s character had to be amazing because it’s such a hard role to play. “What is this going to look like?” Now having seen it, we’re really proud of it.

Every shot in this movie is immaculate and so precise. I read in the press notes that the look was inspired by Gregory Crewdson’s work and it shows.

D.Z.: Right? The colors. Even the clothing, the cars…

What scares you in real life? Are your fears pretty pedestrian?

M.M.: “Pedestrian.” Okay, we’re keeping it real. [Laughs] I wonder what I would be most terrified of…

M.M.: What? Thanks for throwing me under the bus! For whatever reason, I’m scared of knives. I don’t know if it’s something from my past life, but knives scare me. Even if I see a friend cutting something in the kitchen, I can’t be in there. Also, being chased. It’s scary to think that someone might be chasing you, but your legs don’t work.

That makes sense since you brought up Freddy Krueger.

Was there someone in particular that scared you most in the film since the “follower” is mercurial and takes many different forms?

D.Z.: The one with the tit and the one sock.

That upstairs bedroom scene was by far the best scare I thought.

D.Z.: Do you remember the first time we watched it?

M.M.: The audience jumped out of their seats.

Was it weird to have all these creepy people around on set when you weren’t shooting?

D.Z.: They were the sweetest people in the world. The old woman was the nicest lady in the world. You look at her on screen and you’re just… holy shit.

M.M.: We had a really good group. I had never worked with kids my age, so it was great to have fun on set. But when we were filming, I always had headphones in because this shoot was so intense. It was probably the most intense five weeks of my life. It was insane, physically and mentally.

D.Z.: She wouldn’t talk to anybody. Everyone’s like, “She’s such a diva.” [Laughs] Some people can laugh one minute and just flip a switch, but I guess you don’t work that way.

M.M.: For a role like that, it’s just impossible.

It seems suspect asking someone about their process because it’s a private thing and completely different for everyone.

M.M.: It totally is. It is very different.

Can you recall anything funny that lightened the mood on such an intense shoot?

D.Z.: The lake house. Do you remember how slippery that was?

M.M.: After the “hair scene” when I start running up the hill. You don’t see us doing it on the screen, but the hill was steep. They were like, “Maika, you have to run faster!”

M.M.: And by the time we get to the top of the hill, we’re just gasping for air.

D.Z.: Also, driving around Detroit in a car that—

M.M.: You’re gonna get into big trouble for saying that!

D.Z.: David was crammed into the backseat with all this equipment.

So this was shot in Detroit for five weeks. Did you guys all stay together?

M.M.: We all stayed in the same hotel.

D.Z.: It was in the suburbs near Troy.

M.M.: It was something else. When we filmed at the lake, we stayed at an even shittier hotel. When we came back, we were like, “The Candlewood Suites!” It became the most amazing hotel in the world. [Laughs]

D.Z.: It was cool because we got there a week before the shoot and had a chance to bond. I think that shows in the movie.

David’s otherworldly take on a familiar American suburb setting is impressive. Where did you guys grow up?

M.M.: I grew up in Santa Barbara. In high school, I think a lot of kids think it’s the most perfect place and never leave. With my parents, they thought it was very important to travel all around. We traveled everywhere and lived in the Dominican Republic for a while.

D.Z.: I have a similar story. I come from Costa Rica. Everyone’s like, “It’s beautiful there! Why did you leave?” I want to do something in this business, so I can’t go back. I traveled a lot when I was young as well. It was a great upbringing, so I can’t complain.

What’s next on the agenda for you both?

D.Z.: I have a few TV episodes and a film in Vancouver in August called Primal/Ethereal. I’ll be in the woods for that one.

M.M.: After this, I start shooting a project in Iceland. I really had no interest in going there, but I saw pictures and knew it was going to be pretty insane. I’m very excited.

You probably feel right at home on this beach in Cannes. You’re a—

M.M.: Kite boarder!? I love that everyone brings it up! Some journalist called me a “sportswoman” earlier. Oh god… [Laughs]

D.Z.: Maika goes kite boarding in South Africa with white sharks! That’s either the stupidest or the most badass thing in the world.

Can we do a shoot there?

M.M.: That’d be something else!