The actor on the best aspect of indie film, activism, and Vincent Gagliostro’s intergenerational AIDS conversation feature After Louie. 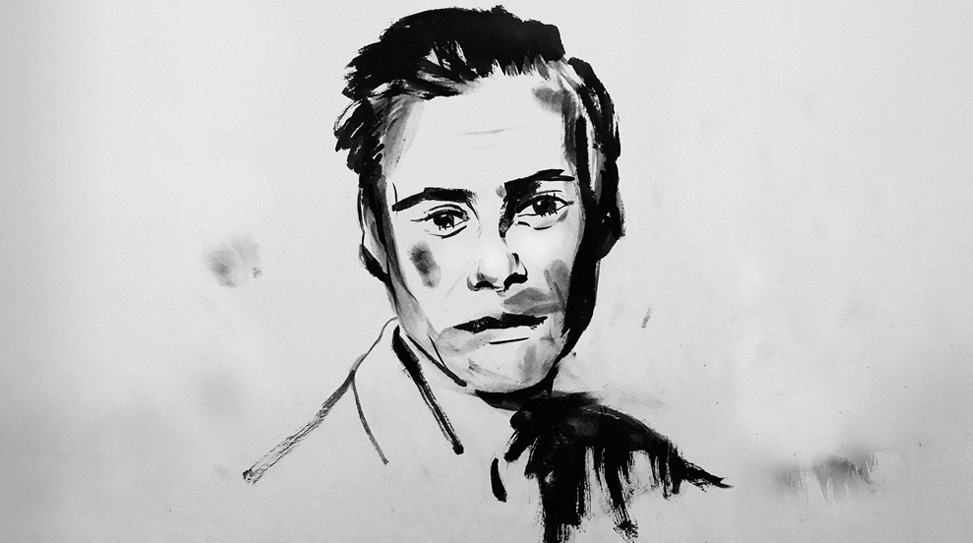 “When Keep the Lights On was happening, [queer stories] weren’t celebrated as often. It definitely feels different now.

The last time Anthem sat down with Zachary Booth, it was to discuss his role in Ira Sach’s critical darling Keep the Lights On, a heartbreaking and beautiful film about two New York men’s charged journey though friendship, sex, the negotiation of boundaries, and the dysfunctional patterns of addiction in an almost decade-long relationship defined by blissful highs and rock-bottom lows.

“When I first read the script, I thought it was a gay drug movie, but Ira told me that it’s a relationship movie,” Booth had told us. “I hope things continue to change and people stop looking at ‘gay films’ as ‘gay films.’ [Andrew Haigh’s] Weekend is an important shift. [Lisa Cholodenko’s] The Kids Are Alright was a family movie.” There have been many more shifts of that kind since 2012’s Keep the Lights On. So after Xavier Dolan’s Laurence Anyways, Barry Jenkins’s Moonlight, Joachim Trier’s Thelma, Sean Baker’s Tangerine, Abdellatif Kechiche’s Blue Is the Warmest Color, Alain Guiraudie’s Stranger By the Lake, Eliza Hittman’s Beach Rats, Stephen Dunn’s Closet Monster, Luca Guadagnino’s Call Me By Your Name, Robin Campillo’s BPM, Francis Lee’s God’s Own Country, Sebastián Lelio’s A Fantastic Woman, Greg Berlanti’s Love, Simon—to scratch the surface—just how much has changed? It’s hard to say. It’s a question better left for someone like Booth, a familiar face on the queer-indie film circuit who now also happens to be openly gay.

After Louie opens in select theaters on March 30.

It’s a lot of fun. It’s a very enthusiastic group of people. I have to say, I don’t have much interaction with that section of culture in terms of the programming they have at Bravo, but there was a period of time when I really did enjoy watching those shows. So the discussion of those shows was familiar, yet foreign, at the same time. Andy [Cohen] is terrific.

When we spoke in 2012 about Ira Sach’s Keep the Lights On, you had said, “It’s important to know that somebody doesn’t think what they’re doing is too precious.” This was in reference to directors and collaboration. I wonder where Vincent Gagliostro falls on that spectrum because, despite some artistic license, he describes After Louie as largely autobiographical.

That’s a great question. I really appreciate that you remembered us talking about that because it’s something I often talk about. My favorite part of working in independent film is the opportunity for collaboration. Vincent in particular was really open-minded in telling this story. It ended up being very autobiographical, but I believe it took a long time to go from his original script and the story he wanted to tell to the script that we ended up shooting. Over that period of time, he took input from a lot of his friends. He brought in Anthony Johnston to co-write it and added some elements to the script. Then he was really open to Alan and I offering our inputs and giving him feedback as to what we thought worked best in the film. Vincent is a visual artist first so that aspect of the film—the look of it, the color of it, the images, and how they’re all displayed on the screen—was very much his world, his head, and his way. I think we were all onboard with that. In terms of the storytelling and the way the scenes worked, he was really open-minded and really playful, and I think that’s to his credit as to why so many of the scenes work as well as they do.

Was Braeden based on a real person?

I think Braeden is based on me—loosely. Vincent and I have known each other for about ten years. Now, we never had the relationship that Braeden and Sam have, but I’ve been a part of his process of trying to tell the story of After Louie, and also tell his own story and honor his friend William, the entire time that we’ve been friends. Some of our first conversations were of him asking me how I felt about my generation and him sort of reflecting to me how he felt about my generation. So I think in part Braeden is definitely loosely based on me and the relationship that Vincent and I have. But that’s not to take away from the fact that a lot of Braeden is directly from Anthony. Anthony was the one who was able to really create Braeden and put him in the context of contemporary gay culture. He was the one who was really able to put that on the page and fill him out as a character.

Now that you’re telling me this, I remember something else you had said the last time we spoke: “Sometimes the biggest challenge is playing roles that are closest to you because then you just have to be yourself and you have people telling you, ‘You’re doing it wrong.’”

[Laughs] That’s so smart! I remember that interview well. I must say on a personal note, it was one that I remember feeling the most positive about afterwards, for whatever that’s worth.

To answer your question, I still feel that way, but I honestly didn’t feel that way in this role because there were very few moments in the film that echoed any sort of experience that I’ve had directly. I didn’t feel like I was having to play myself. I do have a different opinion about the way my generation engages in activism and politics than Vincent does. I think they’re very active and I really admire the way they use the platforms available to them. So there was certainly an organic pushback from me as Braeden to Sam and that sort of came very easily. I often say that the scene in the film where Braeden thanks Sam was some of the easiest acting I’ve ever had to do.

Do you think films like After Louie have the capacity to inspire in the way we protest and rally? Vincent’s movie is obviously not this informational documentary about that specifically, but if people choose to go beyond it and read up on ACT UP, for instance—that was a different beast. Some of those activists had become recognized experts in virology, biology, and pharmaceutical chemistry out of necessity. That’s how dire the situation was. How do you make something like March for Our Lives incendiary in the age of Instagram?

I don’t disagree, and I don’t mean this as a slight in any way to ACT UP and what they accomplished. I mean, it was massive. It was life or death and they set the groundwork for the gay community and the AIDS community worldwide. They provided healthcare and made all these changes that are so important to our lives today. But I don’t look at what’s happening now, for example with March for Our Lives, and see that as a lesser version of ACT UP. I don’t see that as a smaller, less valuable, or less important movement. I mean, the conversation around weapons, gun laws, and the Second Amendment has been a hot topic for a really long time. These people, mostly being led by young—very young—kids who are using their social media platforms, which wasn’t available in the ‘80s, and these new methods of media and communication, are actually making headway. They’re actually getting state governments, and at a national level, to at least acknowledge the conversation. I want to be careful and make sure I’m clear in saying that I really admire what’s happening right now. I don’t see it as any lesser version of activism from the ‘80s.

The big talked-about, gay-themed predecessor to Keep the Lights On was Andrew Haigh’s Weekend. A lot has happened since. Moonlight won Best Picture. More recent titles like Call Me By Your Name and Love, Simon feel like significant steps forward in the mainstream market. With After Louie, does it feel like you’re coming into a very changed landscape?

I do feel like I’m coming into a different landscape. I think it’s really clear. When Keep the Lights On was happening, these movies weren’t celebrated as often. There was more resistance from mainstream producers and performers in terms of encouraging queer stories being told. It definitely feels different now. But I want to make sure to point out that I don’t think that means there’s not a necessity for these low-budget independent films still being made because these are stories that are still different. These are stories actually told by gay artists and gay voices. We have to make sure that we’re continuing to carve this space out where all these films exist.

What’s the status on your next film? Is there a release date for Cubby?

I don’t have any information on that… I wish I did.