The cinematographer behind Martha Marcy May Marlene and HBO’s Girls takes us inside the New York City Ballet in Ballet 422. 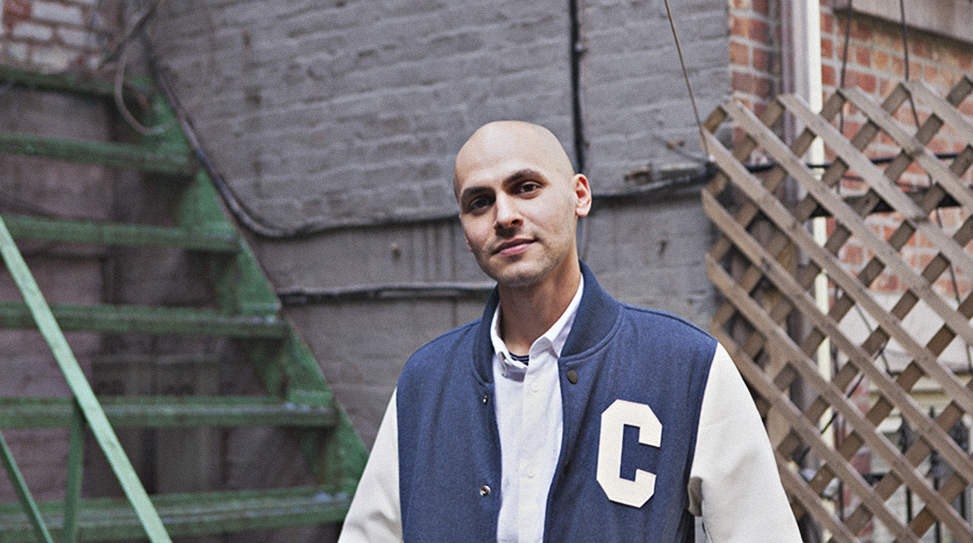 After lensing such festival favorites like Lena Dunham’s Tiny Furniture and Sean Durkin’s Sundance favorite Martha Marcy May Marlene, cinematographer-turned-filmmaker Jody Lee Lipes went onto shoot (and direct) episodes of HBO mainstay Girls. The 33-year-old polymath’s stock continues to rise this year with Ballet 422, which he also pulled double-duty on. The full-length documentary cracks a window on the rarefied world of the New York City Ballet, shadowing wunderkind choreographer Justin Peck as he undertakes the Herculean task of carrying out the company’s 422nd original piece, Paz de la Jolla, from its embryonic stages to its highly anticipated premiere. The cards all seem to be stacked in Lipes favor these days. Aside from Ballet 422, he’s also in production with Judd Apatow’s Trainwreck about “a basket case who tries to rebuild her life” starring Amy Schumer, Bill Hader, Daniel Radcliffe, Brie Larson, Marisa Tomei, Ezra Miller, and Tilda Swinton. Furthermore, Lipes is in-development with Confederacy, his first feature-length screenplay that was selected for the 2012 Sundance Directors Lab.

Let’s start with your previous feature NY Export: Opus Jazz, which also dealt with ballet. Did that sort of lead up to Ballet 422 or are these standalone projects?

They’re definitely standalone projects and very different from one another, but it’s how I got into the world of ballet. It’s how I met Ellen Bar, who produced both films. Through making Opus Jazz, I got to meet a lot of dancers in the New York City Ballet. There was some familiarity in that sense, which I think is an important thing. When you walk into a room with a camera, it’s easier to get going if they trust you and forget that you’re even there.

Was directing something that you were always interested in pursuing?

There was a short period in college where I wanted to just focus on cinematography because it came easily to me and I was lucky enough to work on some amazing projects. I met a lot of great people who helped me develop my skills. When I finished school, I started to feel like I was selling myself short by not pursuing something that seemed harder to me, which was directing. For the past 6 or 7 years, directing is something that I’ve been mulling over. I also made another vérité documentary before Opus Jazz about an artist putting a show together, very similar to Ballet 422.

You went onto direct some episodes of Girls. What was that learning curve like working in a narrative format with actors?

Working with a lot of great directors as a DP, you pick things up from each of them. It could be anything from, “Oh, that’s probably not how I would want to do things” to “I’ve never seen anyone do that before.” You learn that treating people this way will get you here and treating people that way is a big problem. In any position on a film set, you learn a lot. As a DP, you’re so close to the director when they’re working with the actors.

Is it very challenging shooting and directing at the same time?

I shot Ballet 422 with Nick Bentgen, an amazing DP who happens to direct as well, and he shot maybe a quarter of the finished film. We didn’t really think about it in terms of aesthetics, you know? It was so much about being there, witnessing what’s happening, and reacting to that. I didn’t really think of myself as a DP and, in fact, it was kind of the last thing on my mind. I often wished I didn’t have to hold the camera and just be there. Almost to a fault, I don’t think about that enough when I’m working as a director. [Laughs]

Since the subject is ballet, I’m sure the inherent art direction and production design helped out some.

Yeah, picking the right subject is one of the most important things you can do in a verité film. If you want to tell it in a verité style, it helps to have a built-in clock. During the dance rehearsals, we had X number of days before the premiere and that gives you this built-in narrative and trajectory. Choosing ballet as the subject of the film helped tell the story the way I like to tell stories.

How did you know Justin Peck might be an interesting guy to shadow going into this?

I had a feeling he was going to be a good subject because I got to watch him being interviewed by Ellen Bar for the Guggenheim’s Works & Process presentation. It’s basically set up to raise awareness and funding for projects, and Justin was creating a ballet called The Year of the Rabbit at the time. He’s very clear and concise when he gives direction to dancers—almost like that of a film director—and doesn’t even notice when the audience is there. This 24-year-old is at the Guggenheim with 300 people watching and he can totally shut that off. I’m just interested in people that are really focused and care a lot about what they do. I had seen Justin around for the last couple of years because my wife was a dancer with the New York City Ballet for 13 years. I went up to him at the Guggenheim to introduce myself and he was probably like, “Who the hell is this guy?” [Laughs] Shortly after that, he got the opportunity to make another ballet as a last minute thing, so Ellen and I decided to put this together.

What was the shooting schedule like on this? Are you just trying to get as much as you can?

We weren’t shooting every single day. It was really based on what was happening. In a situation like this, the “firsts” are a really good thing: the first time he works with the dancers, the first time he has a meeting with the costume designer, the first time the whole entire cast is working together… These things are all good at moving the story forward, both visually and in terms of what people are talking about. It was very much about sitting down with Ellen and trying to figure out what might happen next. She already knows so much about that world. I would ask her things like, “If this is the first time the conductor sits in on the dance rehearsal, is that worth shooting? What’s that going to be like?” It’s really helpful to have a partner like that. Then, in terms of budget, you have to decide how often we can go in and rent equipment to shoot the thing. You can also burn people out a little bit if it’s too constant. This was totally new for this institution, too. They never let cameras in this way before, so we had to respect that.

Did they set any parameters at all?

No, but a rehearsal can be this very private thing. If someone really cares about their craft and how they should look, having a camera there can be a sensitive issue. First of all, everyone should know that you’re coming in. And although there were no parameters, it was sometimes difficult figuring out where to shoot a show from without getting in anyone’s way.

When did you first meet the guys over at Borderline Films?

We all went to NYU, but I didn’t meet those guys until right after I graduated. Sean Durkin, who directed Martha Marcy May Marlene, asked me to shoot his final student short called Doris after I had finished school. Antonio Campos, who directed Afterschool, produced Doris and that’s how we met. Sitting at the monitor together is a good way to feel out how somebody works. Then we did a bunch of music videos together. Afterschool is the first feature I shot with Borderline. Some of the most fulfilling work I’ve done has been with those guys.

And how did you meet Lena Dunham?

Lena and I first met at South By Southwest. We both had our first films screen there. Mine was called Brock Enright: Good Times Will Never Be the Same and Lena had Creative Nonfiction that was halfway between a short and a feature. There was this interview by Janet Pierson, the person who runs South By Southwest, where she mentioned those two films being some of her favorites from the festival. Lena and I saw each other at a party—blah, blah, blah—and she wound up bringing on my producer and editor from the documentary for Tiny Furniture. That’s how we all started working together.

What’s it like to work on an indie like Martha Marcy May Marlene as opposed to something on a much bigger scale like Judd Apatow’s Trainwreck?

I’ll tell you when I’m done with it. [Laughs] For me, what was interesting about Ballet 422 was that Justin is in the corps, at the bottom of the list with about half the dancers in the company. He’s now moving into this position of being in charge of the other dancers, including the highest-ranking principles. That’s something new he’s figuring out and learning to negotiate. I think you can sense that a little bit in the film where he’s tippy-toeing. It’s interesting because whenever I take on a new project that’s on a bigger scale or working with a director like Judd who I respect a lot, it’s like, “How do I do this? Am I doing this right? I feel confident, but I don’t understand the politics.” Sometimes I get nervous and think I’m fucking it all up. Other times, I’m happy and know I’m doing it right.

It’s that moment when Justin addresses the orchestra for the first time in Ballet 422. He had never been in that position before and you can feel his discomfort.

Exactly. And another question is whether he did that the right way. I mean, I don’t know. I don’t know enough about that world to say, but I’m sure some people think he did. That’s why this is a personal film for me. I’ve gotten to work on great projects and people so far in my career, but it feels like you’re starting from scratch again, right back at the bottom, with each new film. I think that’s a lesson that took a long time for me to learn. But as long as you’re doing something cool that you’re really proud of, that doesn’t really mean anything. You just have to keep going.

How has Justin responded to seeing the film?

He’s just like, “This is cool.” There’s this complete lack of vanity, which I respect so much. Justin’s never like, “I look like shit in that shot. Why did you put this in?” He’s just so happy that we made it. He actually moved into our apartment building while we were shooting the film. We’re cutting the film and he would be walking down the staircase. I also feel like I made a friend, which is great. I know even more about the world now that my wife had been in for so long.

You know so much about your new neighbor too.

Yeah, I know a lot. But there’s still a lot more to know because he’s a mysterious guy. He’s a little, you know, even. [Laughs]

Do you feel more interested in shooting or directing right now?

If I could wave a magic wand, I would probably choose directing. But there’s a lot that I get from shooting. I make a living doing that, so it’s something I need to do. Every time you do anything, I really genuinely feel that you get better at the whole process of filmmaking. No matter what I’m doing, I love movies so much. I love them more and more as I get older.