Hard Lovin’ Woman follows the Oscar nominated actress as she makes her long-awaited return to music with Juliette and the Licks. 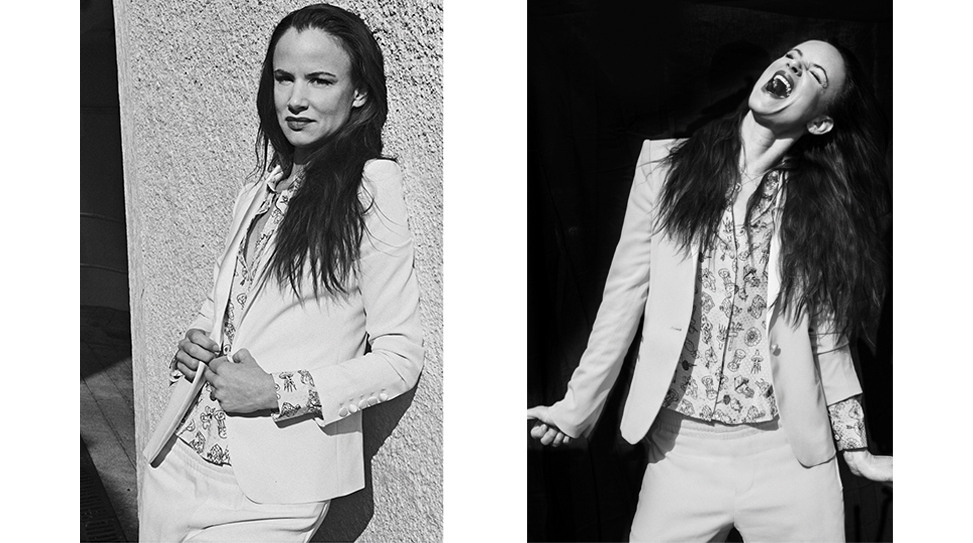 I demand that you be present and truthful. And maybe that’s scary—for those fucking liars."

Juliette Lewis rose to the height of fame at 18 with Martin Scorsese’s remake of Cape Fear, which earned her an Oscar nomination. She then went onto star in iconic films like Natural Born Killers and From Dusk Till Dawn. With an onslaught of roles thrown at her well into the horizon, music was the yin to that yang, so to speak, and music was always Lewis’ professed first love.

“Rock and roll to me is a reflection or a rebellion against this sterile, pedestal culture of movies,” exclaims the 42-year-old, the subject of Michael Rapaport’s short documentary Hard Lovin’ Woman. “What if I can’t ever go back to that business that was my livelihood for twenty years?” Right around the time she turned 30, Lewis committed to music full-time, fronting the band Juliette and the Licks. The Licks recorded three studio albums—Like a Bolt of Lightning, You’re Speaking My Language, and Four on the Floor—and toured relentlessly for six years before disbanding in 2009. Lewis then seamlessly slipped back into her acting career like she’d never left.

“I demand that you be present and truthful,” beckons Lewis in Hard Lovin’ Woman. “And maybe that’s scary—for those fucking liars.” Perhaps unsurprisingly to those who know her best, music summoned Lewis back onto the stage last year with the announcement of The Licks’ resurrection and a reunion show at the El Rey in Los Angeles (the very venue where Lewis had performed her last solo act). It appears sentimental. Lewis’ return to music also calls to mind her more recent role in 2014’s Kelly & Cal, about the flounderings of a punk-rocker turned suburban mom who’s starting to realize how much of her old self her newfound motherhood is bent on destroying.

Tidy at 28 minutes, Hard Lovin’ Woman can barely contain its exuberance and we only have Lewis to thank for that. The short doc makes its world premiere at the Tribeca Film Festival on April 15, accompanied by a live performance from The Licks in a now sold-out show. Hard Lovin’ Woman is a Red Bull TV Original Program, available globally On Demand on Red Bull TV on April 23.