From the Archives: Stephanie Sigman

A look back at our conversation with the new Bond girl about her beginnings, Hollywood, and the 2011 breakout hit Miss Bala. 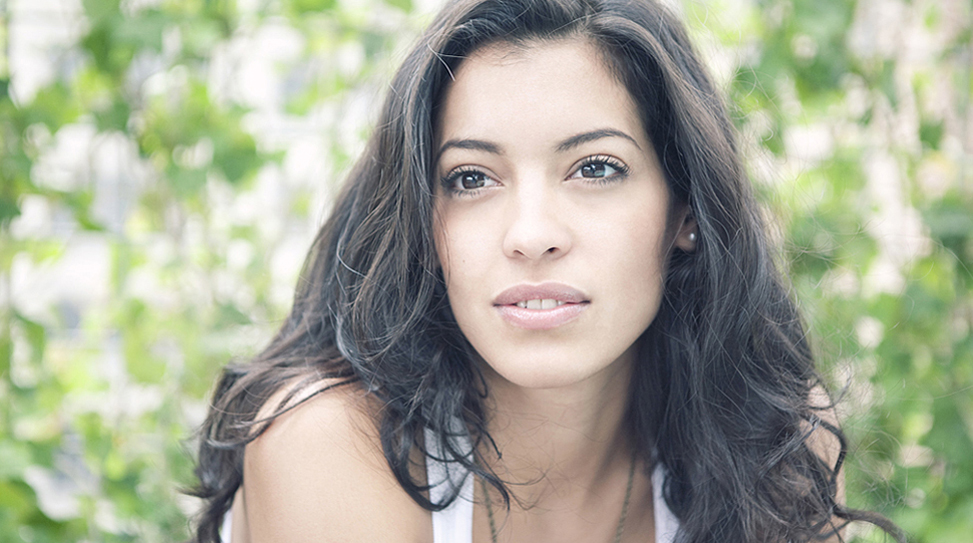 That’s just how it is in modeling. They tell you you’re fat, when you’re really not.

[Editor’s Note: The following interview was originally published on October 4, 2011.]

When Anthem meets Stephanie Sigman on a quiet rooftop at Hotel Americano in New York City, the 23-year-old is the vision of tranquility, outstretched on a daybed and catching the rays. And she knows exactly how to break the ice: a warm smile floods her face, followed by a funny story that involves an encounter with Jake Gyllenhaal and a ketchup/hot dog calamity in Central Park. The story sums her up in more ways than you might think. Sigman’s self-deprecating humor is a boon to the statuesque actress’s impossibly beautiful exterior: her sultry eyes, full lips, and sky-high cheekbones. You can sense that she’s special and there’s just no way around it.

After years of modeling, Sigman is making a leap into acting with Gerardo Naranjo’s Miss Bala, a film of an ambitious scope. Armed with a barely there budget of $30K, the film is a real doozy that deserves every accolade it has received, especially for Sigman’s performance. She has nerves of steel that runs the gamut of human emotions. Set in Mexico’s border city of Baja, Miss Bala chronicles three terrifying days in the life of Laura Guerrero (Sigman), a young woman whose aspirations of becoming a beauty queen goes diabolically wrong when she unwillingly becomes the participant in a violent gang war that’s terrorizing the northern region of Mexico.

You started out modeling. How did that come about?

I started when I was 16. It was good work and it was a lot of fun. And although I liked modeling a lot, I didn’t feel truly passionate about it. I don’t model as much as I used to now because I don’t have the time. I’m not that young anymore. It’s such a different industry. You can be skinny, but they still think you’re overweight.

23 is old according to the modeling world, right?

Exactly. I’m so young! I’m still a child. That’s just how it is in modeling. They tell you you’re fat, when you’re really not.

Yes. This is my first film.

How did you transition into acting?

I studied acting when I was 18 when I got a scholarship. I’m assuming it had something to do with me being a model, but I don’t really know. I wanted to see what acting was all about. Sometimes you think you know a lot about something, but you really don’t know anything: ‘What’s behind the glamour of being an actor?’ After that, I starred in an independent movie, which hasn’t been released yet. Then I did Miss Bala and a TV series. Miss Bala made me realize that I want to do this for the rest of my life, if I can.

Why is this film called Miss Bala if the story takes place in Baja, Mexico?

You’re right about that, but “bala” actually means “bullet” in Spanish.

I had no idea. In my defense, I barely passed Spanish in high school.

[Laughs] A lot of people don’t know what “bala” means, of course. It’s understandable why you would instinctively connect “Baja” with “bala” because it’s logical.

How did you land this role? It’s a meaty one.

I had just gotten an agent at the time in Mexico and he called me about a casting for a part that he thought I was perfect for. He really wanted me to do it. I had two auditions for Miss Bala, but I didn’t hear back from them for a while, which was hard for me. Someone told me that Gerardo [Naranjo] somehow saw me in a casting for a shampoo commercial—I was whipping my hair—and he wanted to meet with me to see if I can actually act. A lot of people didn’t know that I had an acting background when I was modeling. I had studied acting, but I didn’t do it professionally. So we met up at a cafe and he wanted to know if I would give 100% of myself to the movie because it was a difficult part to play. I, of course, told him, ‘Yes!’ It was a long casting process. It took nine months or something like that.

What did Gerardo reveal about the film when you first met?

Not that much in terms of the movie. He was more interested in getting to know me as a person and as an actress. He was asking me a lot of things and I tried to say clever things because that’s what you’re suppose to do with a director, right? [Laughs] He told me that it was going to be tough if I chose to do it.

Was it more difficult shooting the deeply emotional stuff or the action scenes, which involved a lot of stunt work?

Almost everything was difficult. There were a lot of days where I thought, ‘I don’t know if I can do this,’ but, in the end, I was able to do it. And it’s not just about you, it’s about the whole crew working with you and supporting you. When you work with really good actors, they give you a lot. I don’t have much experience in acting, but Noé [Hernández] was amazing. He transformed himself completely and gave me a lot to work with. When we shot in Tijuana, it was four degrees in the early morning at the beach. I thought I was going to end up in the hospital after that. [Laughs] When you’re crying and holding that intense sad feeling for five hours, you get so tired. You’re like a crazy woman after that. I think it was all worth it looking back.

One of the things to admire about Laura is her resilience. Her mother isn’t around anymore, so she becomes the breadwinner in the family. She’s forced to commit these horrible crimes, but she never breaks.

I’ve thought about that, too. A lot of people talk about whether they think she’s weak or not weak. I don’t think Laura knows just how strong she is until she’s put into these scary situations. It’s very logical and realistic. You think you might know what it’d be like to have somebody rob you at gunpoint, but you really don’t know because it has never happened to you before. It’s a moment of shock, so you don’t know how you’re going to react. Laura’s able to stay strong and survive.

Miss Bala is set against the backdrop of the gang culture and drug trafficking in Mexico. Being around that yourself in real life—reading about it in the news and perhaps seeing it happen firsthand—did you find that you had done a lot of the research prior to filming?

We definitely have a collective consciousness when it comes to stuff like that in Mexico. We have a lot of information about it. Mostly, it’s this upside-down feeling that we share. We don’t know who’s a bad guy or who we can trust. Most of the research with Gerardo was about the character and what Laura would be like. You read the newspaper and that’s research. Gerardo gave me movies to watch that have nothing to do with Mexicans or drug dealers, but about women put in these tough situations. It was to give me perspective on what it would be like for an actress. He didn’t want the acting to be melodramatic or make it look like a soap opera.

Where did you guys shoot?

Aguascalientes, which is more in the center of the country, and Tijuana.

Are those regions dangerous today?

Tijuana is a little more dangerous. There are other cities that are now more dangerous than Tijuana, but we decided to go to Aguascalientes because we had government support and it’s not that dangerous. It’s a nice city. It’s calm.

So you didn’t need police protection.

We had police protection. Not all the time, but almost the whole time we were there. They did it in a very clever way. They didn’t tell people what the movie was about. When we were shooting scenes with guns, it was crazy because there were a lot of spectators on the streets. Some scenes were shot in a way where the camera was hidden and the actors would be riding around in their cars with guns, and there was no reaction from the onlookers. It was like it was so normal for them.

That says a lot about what’s happening there.

The film touches on a lot of key issues, including the infiltration of the gangs’ influence in government and the corruption of the police. Have you guys received any threats or backlash because of that?

I don’t think so and I hope not because the movie doesn’t point the finger at the government or the drug cartels. The movie is trying to communicate the feeling that we all share in Mexico. And, it’s a story, it’s a movie. If it’s talking about a reality that everyone knows about, it’s another thing. I don’t think it’s trying to make a commentary about the government or the drug dealers.

Laura is the audience in that respect. She’s unwillingly pulled into this situation and merely observing things that unfold around her. She was dragged into it.

I think that’s why you go on this trip with Laura. Someone asked me whether I thought people in other countries will understand this movie. It’s a very human movie about a girl who finds herself in a very scary situation. You can appreciate this movie on so many different levels.

I can’t wait to see what roles you take on after this. It’s an exciting time for you.

I need to do something that’s the total opposite. The whole point of acting is to take on different kinds of characters, you know? I would love to play a badass, I need to get some revenge after this! [Laughs] I’m so hyper in real life that I feel like I need a character that will calm me down. I still want to continue working in Mexico since it’s my home, but I would also love to make movies in different environments.

Maybe something in Hollywood?

Of course. When you’re an actor, you can’t help but think about that. If I can, I would love to do it. That would be amazing. And I love action movies. You have no idea! I have two brothers, so I’m used to watching a lot of those kinds of movies.