The Academy Award-winning actor on his father, his new film Detachment and the profoundly important role that teachers play. 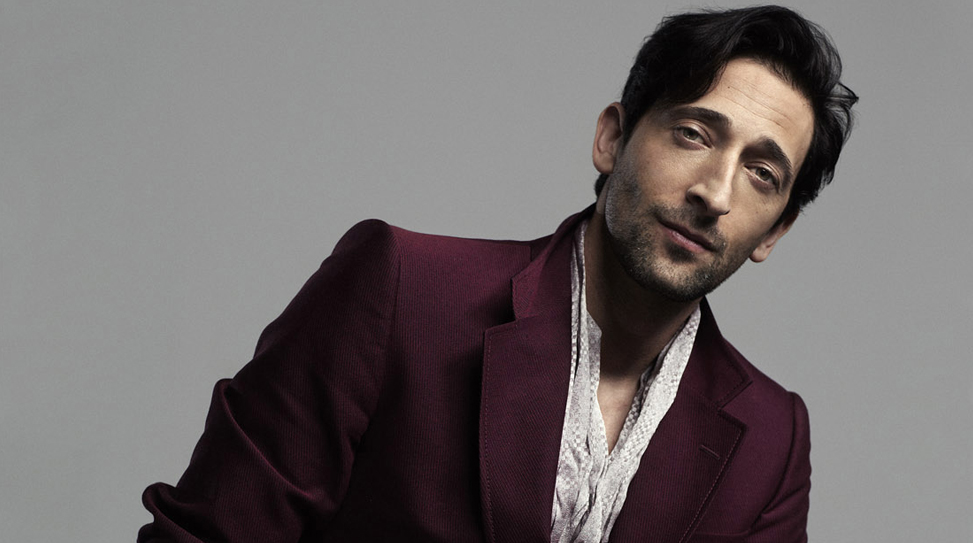 It's crucial that young people are exposed to the right elements as they age so they can evolve.

“I had already been acting for 17 years before I got my big break,” Adrien Brody says. It’s a familiar Hollywood story. That big break, of course, came in 2002 with Roman Polanski’s The Pianist. Brody made a singular mark with his powerhouse performance—he holds the title for having been the youngest person to win the Best Actor Oscar at 29—and now he’s among the most recognizable faces in the world. We have continued to toast the showbiz veteran for his diverse choice in roles. One day, he’s playing the village idiot in a M. Night Shyamalan movie and in the next, he’s channeling Salvador Dalí for Woody Allen. At 38, Brody is seeing the international release of Detachment, making his most dramatic bid yet to bury the ghost of The Pianist.

If you ever wanted to see the Taxi Driver version of Welcome Back, Kotter, then Detachment might pique your interest. Brody plays an anguished substitute teacher assigned to the kind of hell-on-earth high school that would make Mister Rogers question his love of humanity. Meanwhile, his father’s deteriorating health is weighing him down, and things get more complicated when he encounters a teen prostitute (Sami Gayle) who needs his help as much as his students. With Tony Kaye (American History X) in the directorial seat, you can expect the in-your-face pulp moves, sub-Scorsese showing off and sociological doomsaying.

You have remained quite vocal about your past life as a struggling actor in Los Angeles.

I was in Los Angeles for many years, yeah. L.A. was good to me, but it was definitely hard. It was one of the hardest years of my life. I was pretty broke. I had no idea just how many people aspired to be an actor, and they were already out there pursuing it and struggling with it. It was such a strange and challenging transition, you know? It really was. I was 19 at the time, but I persevered.

It’s strange when an actor becomes this overnight sensation and everyone mistakenly thinks that marked the beginning of their career, isn’t it?

I understand that all too well. [laughs] When I was first starting out, I had mentioned that it takes 15 years for an actor to become an overnight success and that’s pretty much what happened to me. I had already been acting for 17 years before I got my big break. I had done a lot of films, especially small independent movies, before I got my big break. It was a long, long, long haul. I was still young, but I was a professional actor in those early years.

Having essentially done everything, how has your approach changed in terms of choosing roles? What are you looking for nowadays?

That’s a good question. Well, what hasn’t changed is the basic criteria in terms of what appeals to me and why. I always want to do things that are very different from what I’ve done in the past. I want something challenging that will force me to grow, both as an actor and a human being. The more you learn in that process and really understand how to build characters, there’s great potential for empathy for those who are suffering from things that you wouldn’t necessarily understand first-hand and a greater appreciation for your own good fortune of not having to deal with those afflictions. I think that’s the beautiful part of acting. It’s a very rewarding aspect of the hard work and discipline it takes to find and truthfully depict a character. Obviously, I aspire to work with directors that are talented and have proven their uniqueness and creativity too. Sometimes I take risks and work with first time directors because I want to support artists that haven’t had an opportunity yet. We don’t always have opportunities, right? I fortunately have a lot of options in the mix and I try not to take things for the wrong reasons. I just did a film in China and I spoke a little bit of Chinese in that one. It was a fascinating experience. It’s great to do something so different. Acting in a different language is remarkable. I’m open to experimenting a little more now. Sometimes I try to be playful in my work and it’s often misperceived. [laughs]

You take something away from every film. It doesn’t matter if it’s more playful or fluffier than the others.

What did you take away from working on Detachment?

I understood a lot of the issues going into it. I feel very strongly about how important and how much responsibility we have in educating young people and cultivating creativity and individuality. It’s crucial that young people are exposed to the right elements as they age so they can evolve. Unfortunately, broken people perpetuate more broken people. There are people out there who aren’t able to surmount the pain and suffering that has been inflicted upon them. For those of us who have managed to overcome these things have had people around that inspire us and give us the courage to push forward. It’s very important to provide and nurture that in young people. That’s what the film is really about for me. Even though the characters are deeply damaged, isolated and unhappy, Henry finds the strength within himself to save some young people. In his generosity in doing that, he actually saves himself from his own deep suffering.

Is Henry perhaps projecting himself onto these kids as a way of confronting his own problems?

I think he identifies with them. I don’t know if he’s quite projecting himself. I think he finds parallels within their struggles and, reluctantly, shares his insight. It’s much easier to remove yourself from things and other people, but once start connecting with the things around you, then it’s a much deeper and fulfilling existence. There’s room for suffering, but there’s also room for love and great emotion.

Your dad is a teacher. What kind of conversations did you have with him about this movie?

We spoke a lot about this film. My understanding of the character actually has a lot to do with my father. It came out of his generosity and wisdom. My father had to overcome great poverty. He put himself through school to get a master’s degree and became a teacher. He’s a very generous, patient and thoughtful person. He possesses all of these incredibly admirable qualities that are rare among men. I don’t know any of my friends who have a father like that. Someone that they can rely on. I feel very grateful for that. I wanted to do this film because I don’t necessarily possess the patience and the generosity that my father possesses. He gave up his life to teach. I do feel like it’s something I understand and know how to convey. Seeing a troubled person overcome their misfortunes and go way beyond helps us all realize that we too have things that we need to overcome. We have a responsibility to our children and to our friends’ children to not overlook how important that time is for the developing mind.

Teaching and acting are worlds apart, but at the same time, I think actors can aspire to do similar work. There’s potential for great change in both professions.

That’s a great observation. If an actor is fortunate enough to find material that is socially relevant and communicates on a deeper level, you can share a lot with the audience and also learn a lot. Acting gives me purpose because I’m educating myself whereas I maybe lacked the discipline in high school. I act because I feel such a responsibility in my work and it’s important for me to do justice to the characters that I play. I need to play them with integrity.

What was it like working with newcomers Sami Gayle and Betty Kaye in Detachment? You were a great mentor to them both.

They’re both lovely! They’re both fearless. What I love about Sami is that she’s so raw, and full of energy and enthusiasm. She really observed a lot and learned a lot from this experience. She’s very mature for a young girl and emotionally intelligent. It was a beautiful dynamic that we have. It reminds me of [Robert] DeNiro and Jodie Foster in Taxi Driver. That kind of dynamic isn’t really done much in film these days.