The BAFTA-winning producer-turned-director on co-writers, Jean-Pierre Jeunet and his latest directorial feature, You Will Be My Son. 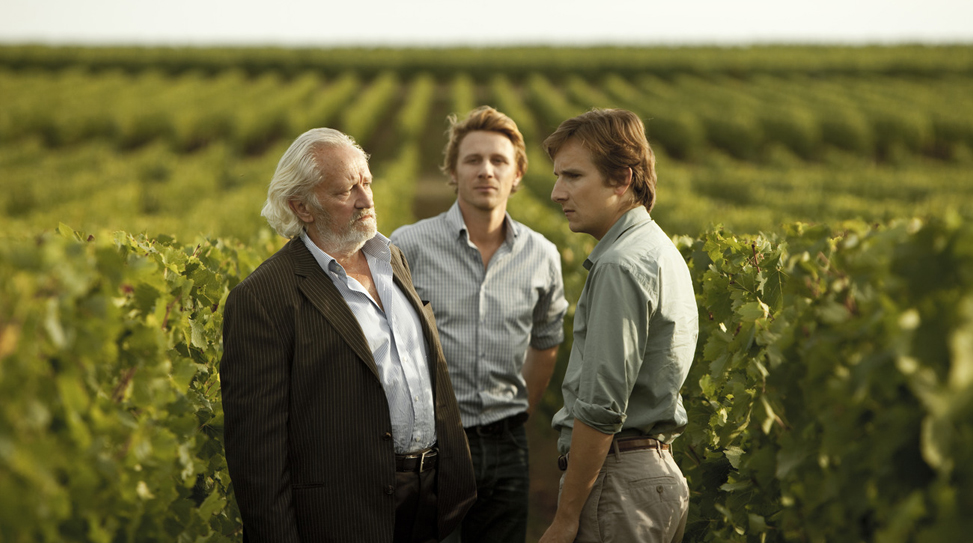 It’s important for me to keep trying different things because I don’t know how many movies I’ll end up making.

Gilles Legrand’s career in film began at the age of 18 when he founded a production company, Epithete, with his childhood friend where they started out producing animated films and commercials. It’s in 1993 that the pair began producing live-action features. Among their 20 films as producers are the Oscar-nominated and BAFTA-winning Ridicule and The Widow of Saint Pierre by Patrice Leconte, Les âmes grises by Yves Angelou, Belle et Sébastien by Nicolas Vanier and No et moi by Zabou Breitman. They also went onto produce Jean-Pierre Jeunet’s Micmacs in 2009. A writer and director in his own right, Legrand has 3 features to his name.

Legrand’s latest directorial effort, You Will Be My Son, is an intergenerational drama about a troubled father-son relationship between Paul, the owner of a revered Bordeaux vineyard (Niels Arestrup), and his son Martin. A demanding and passionate winemaker, Paul is also an overbearing father, who demeans and humiliates his quietly industrious son, a milksop–so he thinks–with no passion for wine. Dreaming of a worthy heir more in line with his own fantasies, Paul seizes the opportunity on the eve of the annual harvest to promote his terminally ill estate manager’s son, who seems to have a natural flair for the business, turning his back on his own flesh and blood.

You Will Be My Son opens in select theaters on August 16.

Since this wasn’t an autobiographical project, what was the seed of an idea that you were working with?

Well, I’m a father. I wanted to make a movie in a vineyard because I’m very intrigued by the winemaking process. What do you do when you come to the realization that your son or daughter doesn’t have what it takes to do what you’ve done? I remember watching the movie Into the Wild by Sean Penn and there was a small sequence where Emile Hirsch meets a very old man that tells him, “I would like to have a son like you.” I was very touched by this movie.

Did you reflect on your relationship with your own father while developing this story?

No, my father is dead. But I know what kind of pressure I might be putting on my son or my daughter. When you’re a father, you just want the best for them.

The issue of masculinity is potent here. Paul asks Martin, “When you run, is it athletic or aesthetic?” That one line is so telling of Paul’s contempt for Martin.

Yes! Paul also talks about how Martin was so small when he was born. Paul doesn’t understand why Paul is trying so hard, running every morning, even when it’s raining outside.

You frequently work with co-writers. What were you hoping Delphine [de Vigan] would add to the overall narrative with this particular film?

I’ve made three movies of my own now and I always had a co-writer. I need to play with someone when I’m developing an idea or a story. I had written a different screenplay at the beginning, which felt like a Coen Brothers movie. It was very dramatic and comedic at the same time. I didn’t like it in the end. I met Delphine on another movie that I produced and she helped me focus the story on just one thing. The story is more meaningful because of that. It was no longer domestic, but universal.

We just wrapped on that and it will be coming out in January. We asked her if she wanted to write a story for the big screen and she wrote a very funny screenplay about sex. She wanted to make something fun and light. We stayed very close to this project because Delphine didn’t have much experience with the camera.

Do you micromanage during the writing process when there’s another person involved?

It depends, but I normally try to sit down and write five pages based on what’s evidently clear about the story from the beginning. Then I can have my writing partner explore whatever they feel is interesting to explore. I prefer having another set of eyes when I work on a screenplay. It suits me well.

Niels [Arestrup] plays the detestable, heartless man prototype so well. At what point did he get involved with the film?

He wasn’t involved during the writing process. When we first started talking about working together, Niels was busy with War Horse, the Steven Spielberg movie. I tried to find another actor, but it didn’t really work out as you could imagine. The success of this film rests so prominently on the actor playing this role. Ultimately, we found a way to work around the schedule of War Horse.

I noticed that you directed some TV stuff when you first got your start in the industry. Did that come before the producing?

I actually started out producing.

Did you have your mind set on doing any one particular thing in the industry?

I was just 18 when I started working in the industry and didn’t look at it as a business. As soon as I first noticed the director and what they do, that’s when I thought I could probably do that. I started a production company with a friend of mine and I was very happy to produce other people’s films. When I found my own story to tell, I decided to produce it myself. I didn’t have to answer to anybody else, which was liberating.

Is it difficult to shed your producing duties when you direct, and vice versa?

The producing deals so much with the business aspect of it. When we produce something, it’s because we like the story and the director involved. Directing and producing is quite close to one another. The much difficult process about all of this is to choose the story, know the story and make the story. You’re very much an artisan in the position of a producer. We only produce one or two movies a year. We’re very involved in the creative process. The director is normally a friend of ours. That’s just the way we decide to produce. When I direct, my producer is a very close partner and I need their help when I write, direct, cast, edit, etc.

You’ve reunited with Jean-Pierre Jeunet for The Young & Prodigious T.S. Spivet. What can you reveal about that particular project?

My partner was actually the one involved with that through our company. We ran into a lot of problems with the casting. The kid we cast was great, but we had a lot of problems with the agent. All in all, we’re very proud of the movie. It’s in 3D, but with Jean-Pierre, you’re going to get a very interesting take on a 3D movie. I think it’s going to be a pleasant surprise for his fans.

Are you working on your next directorial feature?

I want to make a comedy next, for once. [Laughs] It’s important for me to keep trying different things because I don’t know how many movies I’ll end up making. I thrive on change.