The next big actor on rewarding projects, our toys just changing with us, and Gustav Möller’s one-location thriller—The Guilty. 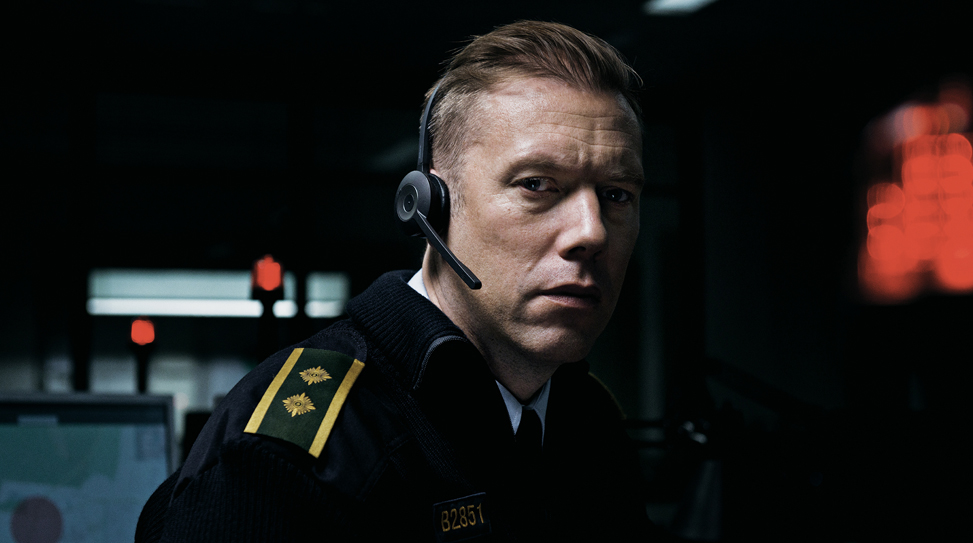 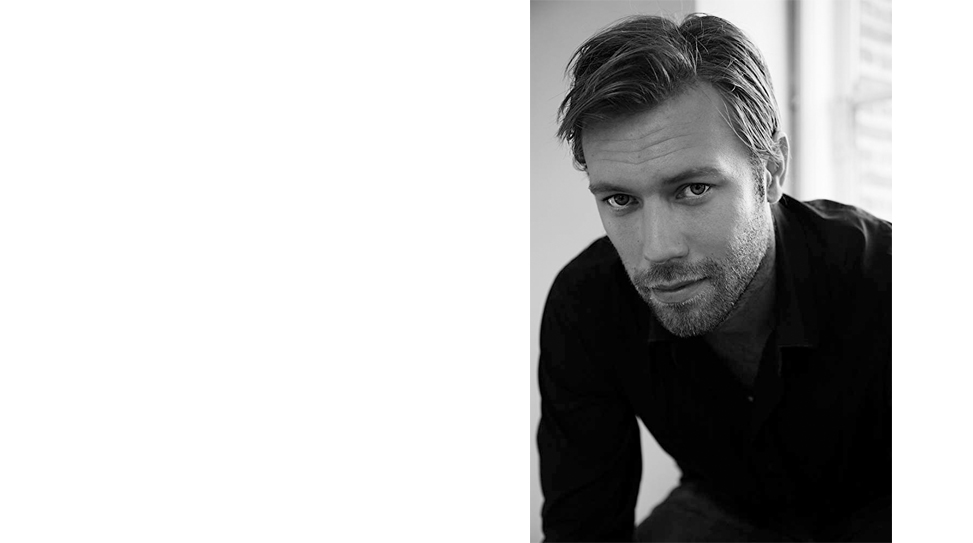 The funny thing is this: the older you get, your toy changes with you and with different life experiences.

Some performances hit you like a baseball bat. You think it’s so rare that, in the time it takes to watch a single movie—the first time ever that you’re seeing a particular performer on screen—you just know that they’re going to become a massive movie star, not to mention a household name.

In Gustav Möller‘s Danish thriller The Guilty, Asger Holm (the all-around stunning Jakob Cedergren) has been demoted to desk duty after some unexplained, preceding incident as the film opens. He’s been working as an emergency phone dispatcher for Denmark’s version of 911, and now he’s wrapping up his last day on the job. Tomorrow he’ll face an inquiry about the aforementioned mysterious incident, after which he expects to be back on the street with his partner. At this point—in a movie that takes place entirely in real time and is set in just two tiny rooms—Asger receives a cryptic call from a woman named Iben (voiced by Jessica Dinnage), who appears to be talking in code to create the illusion that Asger is her young daughter back home to evade her abductor, who in turn is driving the woman to some unknown location. Asger uses his smarts to track down the van she’s in, locate her real daughter, and uncover the abductor’s identity.

A high-concept film of this nature lives or dies by its lead actor and Cedergren’s bravura performance—cocky one moment and despairing the next—is something to behold. The Guilty played in the World Cinema Dramatic Competition category at Sundance earlier this year. It’s now Demark’s entry for the Best Foreign Language Film category at next year’s Oscars.

The Guilty is now playing in select theaters.

If it were up to me, I would cast you in everything. You’re my favorite actor right now.

[Laughs] I’m so happy to hear that!

Let’s start at the very beginning. How did you and Gustav Möller first meet?

The casting for this film was the first time we met. I auditioned with a small part of a scene.

It was interesting to hear Gustav describe this film as a double-thriller. The obvious, first component is the abduction. Then we have no idea who Asger is. What is his reality to you?

Gustav and Emil [Nygaard Albertsen] wrote this script after doing a year-long research about the idea to build the characters and the story. When I got involved, which was six months prior to the shoot, I took that research and went from there. So I had a really nice package to start off with. Gustav, Emil, and I talked a lot. Gustav wanted me to be a part of the process in finishing the script because I’m such a dominant presence in this picture. He wanted the actor to be involved in the end stages of the script. We spoke a lot about who he was, his situation, and so forth. I think it helped a lot for us to go back and forth about that together in the end. For me, mainly, it was first of all a story about this guy. The second had the thriller angle into it. You’re right—there are two riddles.

I don’t know how much you want to share about your process and the matter of Asger’s backstory that we don’t see in the actual film, but was that important for you to create for yourself? The nuances of your performance make you wonder: Is he a bad husband at home? What makes him irritable? Is he a drug addict?

I absolutely had a backstory, even if you don’t hear about it. For me, it’s always good to have as an actor. It’s all part of the game when you play to make these things up.

How long was the shoot?

Wow! It was really quick!

Yeah, it was. But we were super prepared. We met like six months before we started shooting. Because we knew the shoot was going to be so short, we really wanted to be sure that we got everything. We almost went through the script word by word so when we get to set, we would all be in sync about everything. That also opened up for good improvisations. It was just a brilliant process, really. It’s really rare that you get that kind of time. It was a great experience.

When did acting start coming into view as something you’d want to pursue professionally?

I guess it started when I was a kid. I did what most kids do: just play. Then it just kind of stuck as a possibility that it might lead to something like this. I knew when I was 11 or 12 or something when I saw a TV theater production of Nicholas Nickleby and there was one guy doing a performance where I just remember it opened my mind: “Oh you can do acting like this in a theater performance?” Yes—it just stuck there. I was 18 when I applied to school in Copenhagen and I finished that in 1997. I’ve been working for like 20 years now. And it’s still fun, especially when you get these kinds of projects because they’re so rare. I remember when I read the script and then got cast: I felt very blessed. I thought, “This is a once-in-a-lifetime kind of thing, probably.” I’ve been very fortunate to work with some great people in my career. Now this is another one.

It’s just really hard to pinpoint a day or even a year with this stuff. It’s a moving process. There was one period of time when I thought I might be a musician. But while I was playing music, I always had in the back of my head that I wanted to become an actor. It was just always there for some reason. At some point, I decided, “Alright, let’s give it a go.” As I said, I think it’s just something I did as a kid. It was a game to play for me. I found it fun and then it just kept evolving. The funny thing is this: the older you get, your toy changes with you and with different life experiences.

Was knowing that this movie would be so much in the close-ups—it’s a beautiful face, don’t get be wrong!—a scary proposition for you?

[Laughs] Actually, no. I never felt fear about it. Fear is not very good for any creative process. I felt very confident in the story and the people I worked with. The other voice actors were performing live with me.

So it was real time in that respect as well. They were always on the other line.

Yeah, it was like “radio theater” kind of place for the other actors. So they could sit down and also move around a little bit in their space. All the calls were live. Otherwise, it would’ve been impossible. The whole set-up was just so great and playful, too.

It wouldn’t be the same if you didn’t have performers on the other line.

Oh, that would not have been possible. I mean, it would’ve been a very different movie. No, no—I don’t act alone. It’s not fun to act alone. [Laughs]

I understand Gustav, Emil, and this team were all coming out of film school together and making this first feature. Is it difficult to trust them in that context? You were established.

No—it’s a gut thing. You meet somebody and you hear them out. We talked and I understood what they wanted to do. I just felt very confident with these guys. They knew what they wanted to do and it was a great energy because it was their first feature. I mean, they motivated me also and I wanted to make this into a good thing. That comes from the script, usually. Usually, you read the script and you kind of know what you’re dealing with. I thought it was smart, all the way. I liked how they built the story: they had this idea and then the research to build from. They weren’t just throwing in ideas. They were really patiently talking to people and piecing it together. It’s very brilliant. That was a great way to write the story, I think: to get inspiration from all around. So, no, it was just great and I’m super happy that I did this. For them, too, because it’s their debut feature.

So what did you find most difficult on this film?

Probably the same thing that I always find difficult: whenever you catch yourself being aware of what you’re doing. That’s a difficult thing. It’s kind of difficult to release that awareness and to just be. On the other hand, it was really nice because we shot it chronologically. We started in the beginning. We had like eight blocks. The shortest was like five minutes long and the longest was a 34-minute take. So it had a theater vibe about it with such long takes, you know? It was great. You hit a wave and just go with it and see what happens. That’s also really rare. So it was a lot of new things that you don’t get to do that often on a movie. But it works in this format. It was really fun.

What do you want to explore next in terms of roles?

My dream is to meet directors and find stories that speak to me, like with Gustav. I can’t say, “This exact thing,” but I want to keep finding these projects that are fun to do and that kind of make sense, but at the same time, make you feel like you’re playing with the whole medium.