A proper sit-down with the Australian multi-instrumentalist and producer who also serves as the synth half of the Swiss. 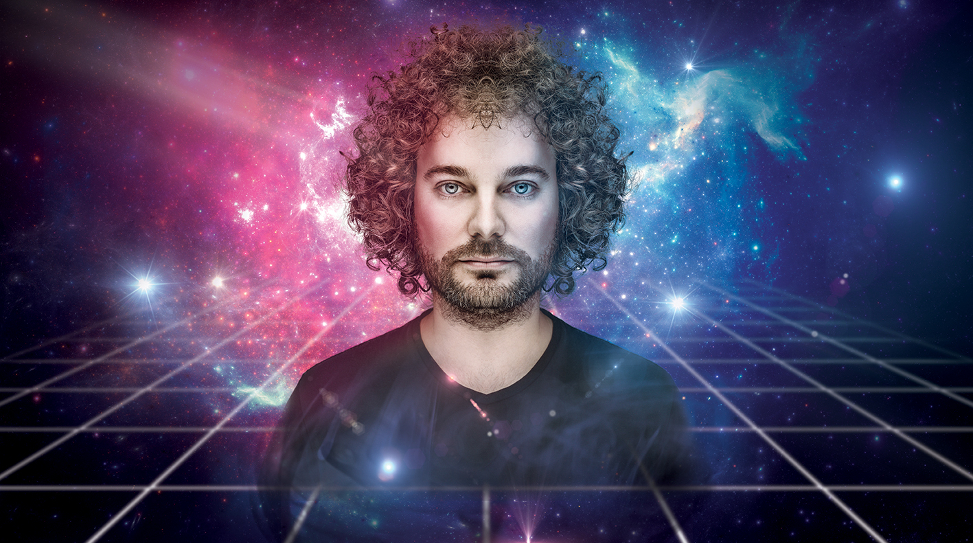 I never had any ambitions to DJ until I started getting booked for shows and then I had to learn pretty damn quick.

According to his Facebook page, Australian musician Luke Million currently resides in a disco galaxy. Needless to say, the spirit of disco is the driving force behind Luke’s wide array of polished productions. Whether he’s focused on remixes and singles, or working with his band—the Swiss—everything he touches seems to reference the disco and Italo greats of the late 70s and 80s while maintaining a futuristic edge. Creating truly “vintage”-sounding dance music is something that many producers attempt, but only few execute perfectly; especially today when the throwback sound is exaggerated, a big hunk of grade A cheese. Luke Million, on the other hand, chooses to take himself a lot less seriously than others while still maintaining musicianship and technicality his main focus.

Luke first broke out onto the scene just under three years ago with “Italo Journey,” which was released on Australia’s heavy hitting Future Classic label. The record reflected Million’s obsession with synthesis and was quickly followed up with the viral single that we all know as “Arnold.” The “Arnold” release, which started basically as a joke, ended up receiving props a diverse range of artists such as Brennan Green, Joakim, Jacques Renault, the Magician, and Soul Clap—most of them found themselves wondering if it was a long forgotten boogie track from back in the day. At the same exact time, the Swiss’ “Bubble Bath” single was already becoming a massive club staple. Following those two EPs, Luke made DJ appearances at festivals across his country like Parklife, Splendour, and even took part in the Swiss’ live tour of Europe. Most recently, Luke released an EP with the legendary Nervous Records imprint entitled Midnight Galaxy. It came out in September with several versions of each track and a few remixes—my personal favorite being the Pete Herbert version. While Luke hasn’t rested for a single minute since the latest release, preparing more material from the Swiss, I pried him out of his lab for a round of questioning to see what the man is all about.

Things are going great! I just bought an 80s keytar, which I can’t wait to whip out at my next show. This thing is epic. It’s made out of solid wood and is pure 80s synth euphoria!

So, you grew up with a musical family but you had to discover disco on your own. Tell me about your musical upbringing and the stuff your family would listen to at home.

It was a complete mash of styles. My mother was a piano teacher, so I was always surrounded with classical stuff like Beethoven, Chopin and Liszt. Dad was into Neil Diamond, John Farnham, and general soft rock stuff. My brothers were a bit all over the place with their tastes, so I was randomly hearing bands like Guns N’ Roses, the Prodigy, INXS, and 2 Live Crew. Seriously, it was all over the place!

Was the keyboard your very first instrument? Tell me a bit about the bands you played in during your years in school. What kinds of sounds were you really into at the time, and how did your taste gradually evolve into italo, disco, house, etc?

Yeah, I jumped on the piano when I was six years old, and that was all I really new about until I reached high school and discovered synthesizers, drum machines, and all the electronic goodies. It was a crazy time as I delved into all the amazing music from the past. I was infatuated with the Doors. Then came all the classics, like Pink Floyd, Stevie Wonder, Herbie Hancock, Frank Zappa and Steely Dan. I played in the usual school bands, and randomly formed a funk/acid jazz band with a couple friends. We were 15 years old, doing gigs in nightclubs, playing covers of Jamiroquai, Brand New Heavies, and some extremely cheesy originals. Luckily for me, our tastes moved into house and disco and that band eventually evolved into the Swiss.

Why do you think the sounds of classic disco and italo clicked for you? Is it the timeless feel-good nature of these songs?

Simply put, I just love happy music! Disco has the groove and you just can’t resist the tingling feeling it produces throughout your body. I really like melodic music and the fact that all this stuff was full of keyboards just made it even better.

Tell me about the music scene in your hometown and DJs and bands you were surrounded by. Were there any parties that played a significant role in exposing you to the energy of dance music? If so, would you be able to name a few nights or DJs of the time that you credit for inspiration?

There was this awesome place called the “Cargo Club” and it single-handedly shaped the way dance music took over me. The most inspiring DJ was HMC, who now releases under his Late Night Tuff Guy moniker. Many a Wednesday night was spent on the dance floor there. It was like we were all being schooled in dance music.

When did you start producing, remixing, and releasing your own tracks as Luke Million? Were you DJing much or playing out as yourself prior to this?

2010 was the year that the Luke Million project came to life with my first release on Future Classic. Before that, I was just involved with the Swiss and I was also writing music for TV commercials and other bits and pieces. I never had any ambitions to DJ until I started getting booked for shows and then I had to learn pretty damn quick.

Have you been collecting gear for your studio for a long time? What would you say is the most satisfying part of buying real synths and putting them to work? And do you strive to add a futuristic touch to older sounding equipment?

The collection, or as my girlfriend puts it “obsession,” started in 2000. It’s amazing the first time you turn on a newly acquired piece of gear. You are not too sure if it is gonna work or not, and then if it does, it can be like learning a new language as you stumble through the controls. Sometimes I just let the old stuff do what it does best… but I also like to throw modern plugins and techniques into the mix and bring those old beasts into the current day.

“Arnold” came out a couple years ago and is still a favorite…in fact my friend played it out the other night and it was more effective than ever! How did that song come about and did you expect it to take off like it did?

“Arnold” was purely a bit of fun and it still surprises me to this day at the response it has gotten. I am a self confessed Arnold fan and I love disco music, so it was only a matter of time for the two to come together.

What’s the story with the Swiss—who is currently involved and how did you meet? How is working with the band different than working on your solo material? Do you feel that you’ll always want to collaborate with other people no matter what kind of music you make?

The Swiss is a two-piece, Tony Mitolo and myself. We have been involved in music together since we were at high school and have developed a tight unit. Working Solo has its perks, but collaborating with others is great. You push each other in directions that would not be possible alone and the workflow is super fast. Being able to share music with others is an amazing feeling.

At the moment, what’s going on as far as new Swiss material as well as your own?

It’s mayhem at the moment with lots going on with both the Swiss and my own material. New tracks, exciting collaborations and more releases are on the way. After what seemed like an eternity between putting music out, both projects are now firing away and I couldn’t be happier!

It seems the Swiss’s live show has gone through several versions. What can we expect for the upcoming tour?

We are always looking to develop the live show any opportunity we get. We want it to be as live as possible, but also have the production advantages of working with Ableton and manipulating our songs. The live set is driven by the energy of Tony behind a drum kit and I am in a sea of synths and effects modules. I think this is the best incarnation yet.

What have you been listening to as of late that’s been inspiring you in the studio?

Pulling up the Soundcloud stream is a constant source of inspiration. So much great stuff is appearing daily. Just then I was vibing on Cut Copy’s new track “We Are Explorers”. Listening to mix tapes is great too and from time to time I like to go back through my music collection and pull out some classics. Yesterday, I was giving E=MC² by Giorgio Moroder a rinse.

Compared to your older stuff and the first Swiss release, how would you consider the new music different or maybe even more evolved?

There is a personal sound pallet that forms the basis for all my music, but with each release I want to try something different and push the boundaries. That being in the instrumentation, production or working with new vocalists. The music is evolving in both projects, but the essence at the core is still there. I think that is quite important as you need to establish a signature sound.

Alright, before we wrap this up, is there anything else coming up for you that we should know about? Releases, tour plans…?

Firstly with the Swiss, we released the Kiss to Kiss EP on Kitsune last month, on November 11. Another EP is scheduled for early 2014 and we are just gonna keep rolling them out. I will be following up my Midnight Galaxy EP with a single before the end of the year and I have a few collaboration projects in the works, too. The next six months are gonna be crazy busy with both projects. Tours in Australia, Europe, America, and Asia are all on the radar.