The godmother of performance art on her unconventional parents, conquering fear, and what it means to live a transparent life. 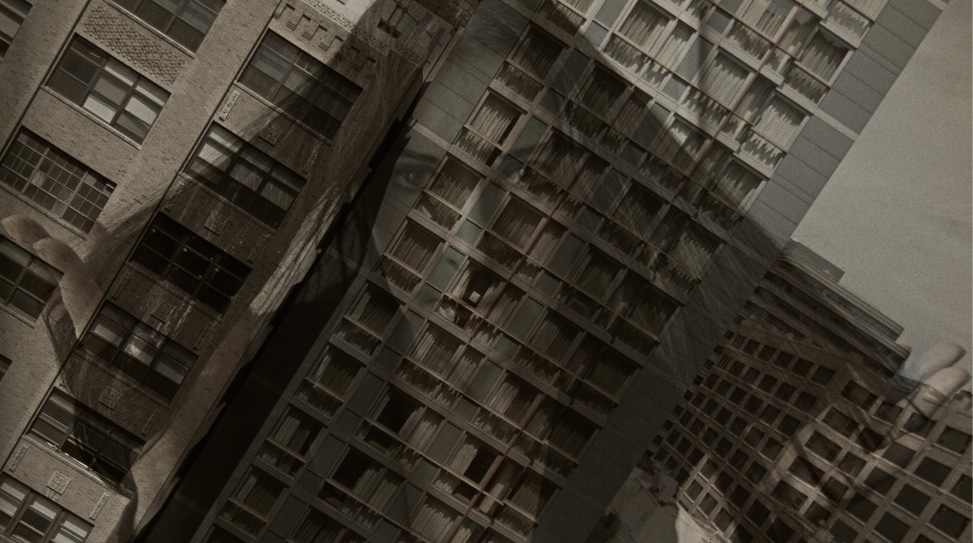 It's important to understand that you're not important. It's about what you sacrifice your life for.

In 2010, Marina Abramović spent 3 months sitting in a chair in the atrium of the Museum of Modern Art silently gazing at whoever sat across from her. Over 750,000 visitors waited in line for a chance to take part in her silent, practically motionless, 736-hour performance called The Artist is Present. It was the most sublime staring contest imaginable. The expressions that coursed through her face mystified everyone. Warmth, yes. Empathy, sure. But overwhelmingly, just patience. Some participants reacted with joy, while others broke down in tears. A few miscreants attempted to disrupt the proceedings (among them, no doubt, frustrated artists pleading for attention).

Let’s consider the severity and occasionally life-threatening nature of Abramović’s work. In Rhythm 0, one of her most daring pieces, 72 objects—including scissors, masking tape, a feather, a gun, and a single bullet—were laid out on a table and spectators were given free reign to use them without consequence. By the end of Abramović’s 6-hour performance, they had ripped off her clothes, cut her neck, sucked her blood, and held a loaded gun to her head. Matthew Aker’s documentary, Marina Abramović: The Artist is Present, comes as a different kind of shock. The filmmaker was granted such aura-deflating access to the 65-year-old artist as she prepares for her retrospective at MoMa that it feels as though he pulled back the curtain on the great and powerful Oz. But even with his fly on the wall approach, with her guard down, Abramović is revealed at the top of her game; a true survivor who’s finally receiving the recognition she deserves.

When Anthem meets Abramović at her New York office, it’s difficult to reconcile the giggling woman with the fearless performance artist who achieved infamy by enduring physical and mental extremities for the sake of her work. But it’s important to understand that, though her performances may seem unnecessarily masochistic, they were designed, in part, to help rid herself of her fears, and to understand the limits of her body and mind. To many, Abramović is one of the great influential prophets of emancipation and the embodiment of our hard-fought human convictions.

How would you sum up this particular journey with a documentary about yourself?

It’s been exactly two years today since we filmed this, which is crazy. This is a kookie film.

Where does your fearlessness come from?

I don’t know. It’s true that I come from this crazy family. My parents were high-ranking military officers during World War II. And I knew that my father was this national hero, but I didn’t know too much about my mother because she didn’t want to talk about the war. It was taboo for her. After she passed away, I found something in her cupboard, something about this event that she had told me about previously. I knew it had happened, but didn’t know what it was about. I found these medals and news clippings, which I have with me now in my possession. I was reading this article in the newspaper and said, “Oh my god.” It was during the Liberation of Belgrade in Serbia. She was on the front line and organized the wounded partisans to be allocated to the safety of hospitals while the battle was going on. The battle itself lasted 7 days. She was on a Red Cross vehicle on the streets in the middle of gunfire and picked up the wounded. At the time, she was confronted with taking care of 45 wounded partisans. The hospital at the end of the Belgrade was on a hill and she had to go through a city to bring these wounded people to safety and get help with 6 nurses. In the middle of this whole thing, the driver was killed. At that point, with the 6 nurses, she had to put the wounded on the sidewalk. Then she ran into the burning truck to call for a new truck and 4 of the nurses got killed in the gunfire. The new truck finally arrived and the remaining nurses transported the wounded into the new car and saved their lives.

What did your mother’s heroic actions teach you?

My mother taught me that pain is something to be conquered. My father was the same way. He would ride into the village alone on a white horse and all the Germans would run after him. After being shot, he would take all the bullets out of his body with a knife. This is the kind of parents that I had. [Laughs]

Were they very tough on you at home?

My entire upbringing had a lot to do with discipline. It’s important to understand that you’re not important. It’s about what you sacrifice your life for. It’s your responsibility and your duty. That’s my purpose in life. An artist has a responsibility and that’s something I don’t see much around these days, this very strong sense of responsibility. My colleagues in performance art have all done wonderful pieces, but after several pieces, they disappear. I’ve spent my entire life doing performance art. It’s about how to push performance art into new territory for me, by revisiting historical pieces and creating a new situation. Even in the 70s, we weren’t acknowledging the original sources of our art. Performance started getting into MTV and fashion, and everyone was stealing everything from everyone else. The sense of duty instilled in me by my parents is what I apply to all of my performances. Your heroic actions come from what you really believe in. You have to deliver some sort of a concept. My work is about elevating the human spirit and it’s a big task. I always look at other people’s work and say, “You can lose so much of yourself in commodity and success,” and that’s where this manifesto comes from. Don’t pay attention so much to the art market and look at yourself in a different way.

Does it help that you found success later in life?

Right now, with my fame, success and everything, it took 40 years. If I was successful at 25, I would be pretty fucked up. [Laughs] It all comes from my life experience. This is a good moment, but who knows what’s going to happen next month? If I’m having a good moment right now and in the right place, I’ll grab onto it and use it. I work like hell right now.

You’re a very transparent artist. You’re very revealing when it comes to your art and your private life. The art world can seem very secretive and no one ever wants to explain too much about what they’re doing.

For me, it’s incredibly important to embrace your contradictions as a person because everyone has so many different personalities. We’re not just one person. And not just for artists, but for celebrities as well. They always like to focus on how they’re this one way, and then journalists find out what’s really going on and their image is torn up. It’s terrible! [Laughs] It’s so important to show your contradictions right away and, to embrace and live them. I don’t keep anything private because, for me, my private life and my experiences inform my work. You have to remain honest. You have to find things that are transcendental, things that remain true to other people too. I think that’s why people can relate to me. If people came to one of my shows and they were all from my own generation, something is obviously wrong. [Laughs] It’s very important to embrace contractions and be open to everyone. It’s essential.

Do you feel that you’re a different version of yourself when you’re creating art?

I’m creating from the highest level of myself. After that, you lower yourself again. A good example is when you’re changed by a book and you meet the author. He’s clearly drunk and they didn’t shower. They’re completely fucked up and talking nonsense. How did this same guy write this amazing book that I admire so much? When you’re creating, you’re creating from the highest part of yourself. You can’t maintain that level for a long time, except if you denounce society completely.

You’re talking about pursuing total, clear consciousness when creating art. Since moving here 2 years ago, I’ve noticed that a lot of young artists in New York like to experiment with psychedelics and other drugs to push their work forward. Do you take issues with that kind of creativity?

To get to a different state of mind.

And it’s often during the making-of process.

I’ve never done any drugs in my life, ever. I don’t drink. I never drink. I had a cigarette in the 70s but only because it was cool to have a cigarette. [Laughs] I’m against drugs, totally. I’m against drugs for many different reasons. When you start doing drugs, you always relate to drugs, so it doesn’t really have a greater impact. I have a process called “cleaning the house,” which is a system where I don’t eat for long periods of time. It’s incredible for your mind. The next day, you feel the side effects and it’s so real. With The Artist is Present, it wasn’t a performance, it was life itself. Considering the amount of experience I have talking about expanding consciousness through universal energy and outer-body moments where we’re constantly moving, when we stop and you feel that nothing is happening, that’s when you think about your personal energy and realize that something else is happening. You have to put in a lot of effort to see that, a physical effort where your mind stops. That’s the whole point because we’re constantly thinking. It’s only two times in our lives where we don’t think: when we sneeze and have an orgasm. When you sit and do nothing for a long period of time, where you slow things down to complete emptiness, you reach a point of full emptiness. You start to become receptive to the particles in this part of the world, this particular room. [Marina sneezes.]

Marina Abramović: The Artist is Present is currently playing at Film Forum in New York City. It will be broadcast on HBO on July 2.