The character actor discusses theater, the importance of family and his latest role in Jeff Nichols’ award-winning psychodrama, Take Shelter. 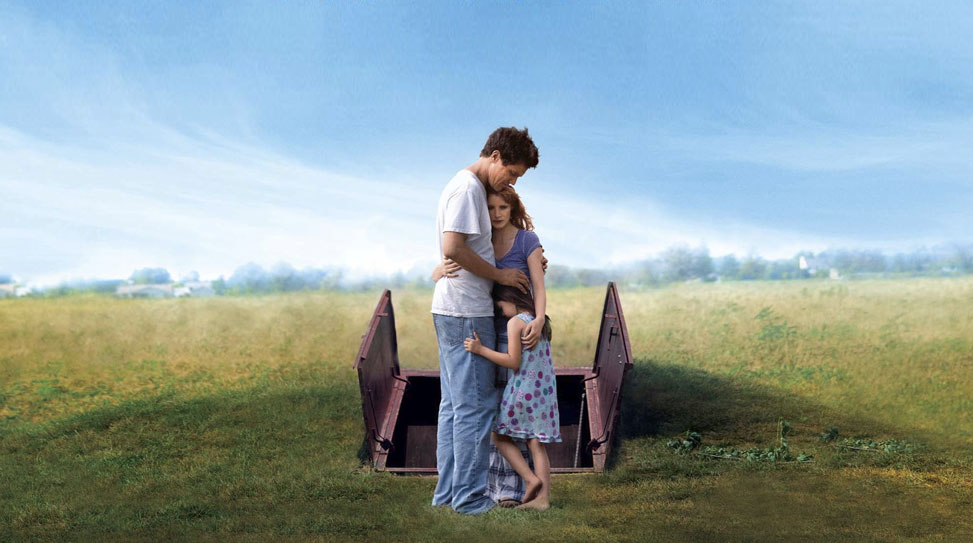 Michael Shannon’s acting credits are a mile long and as varied as they come—Vanilla Sky, Bad Boys II, 8 Mile, and The Runaways. Perhaps most commonly recognized for his physical template—imposingly tall at 6’3’’ with a trademark square jaw—Shannon boasts an Academy Award nomination for playing an unhinged loose canon inRevolutionary Road, and currently stars in one of the most talked about shows on television, “Boardwalk Empire”. The journey continues.

In Jeff Nichols’ Take Shelter—Shannon’s second film with the acclaimed director ofShotgun Stories—he plays Curtis, a working-class husband and father who begins to have nightmares about an encroaching apocalyptic storm. He hides it at first, channeling his anxiety into the construction of a storm shelter in his backyard. But when these “premonitions” grow more intense, Curtis confides in his wife, Samantha (Jessica Chastain), and his breakdown unravels into complete madness, testing the power of their bond against the highest possible stakes.

Take Shelter opens this Friday in New York City and Los Angeles with a national rollout planned for October.

I am. I’m really happy with where I’m living right now. It’s this very nice place right on the water. I can see the Statue of Liberty from my window.

Where were you living before?

Most of my young adult life was in Chicago and I was in Los Angeles from ’99 to ’01. I spent a lot of time in New York, though, because I did a lot of shows here. I moved to New York indefinitely about four years ago.

Was your decision to move work-related?

I actually moved here before “Boardwalk Empire” happened, and in terms of taking on that show, I thought it’d be nice to have a job that’s close to home—“Boardwalk Empire” is obviously filmed here—since I have a daughter and a family. But originally, I moved to New York to be with my girlfriend.

I know you did a lot of theater work at the beginning of your career. How did that come about?

I started out doing plays in high school. After that, I pursued acting in Chicago. I didn’t really want to go to college because I already knew I wanted to be an actor. I started working at very small theaters around Chicago. I didn’t get paid or anything, I just did it because I loved it. I wasn’t even particularly ambitious—I wasn’t thinking about moving to LA to become a movie star or anything. Eventually, I did a play that took me out of Chicago, a play called Killer Joe. We took that to Scotland and the West End in London. I also did it off-Broadway in New York. That opened up a lot of doors for me. I found a manager, and not long after that, I moved to LA.

You have an extremely dense filmography and you’re on this massive TV show now. Are you going to continue doing theater?

I want to do them both. I would never stop doing either one of them by choice. They’re certainly very different. Theater is my first love because it’s what I started out doing. At the end of the day, I probably feel more comfortable doing theater. Acting for camera can be very nerve wrecking and there’s a lot more pressure involved, you know? It can be very technical sometimes.

Everything you do for camera is recorded and set in stone forever.

There’s that aspect to it, certainly. With theater, things are constantly evolving. In a play, you can revisit your character every night and go deeper in certain areas or change things. With film, there’s a sense of finality to it and at the end of the day—unless the film is messed up or someone decides to reshoot something—that’s the way it’s going to be. It’s also important to remember with film that there are so many other contributors to the final product. There are so many other art forms, essentially, that are going to be brought together in the end result. Things like cinematography and editing can be more powerful than the acting sometimes.

Take Shelter is your second film with Jeff Nichols. Did he write this part with you in mind?

He didn’t write it for me. Jeff wrote Take Shelter because he was dealing with some anxieties of his own. He was about to get married and was thinking about starting a family. This film is a poetic expression of that. He didn’t tailor it with me in mind. Initially, he had asked me to read the script as a friend, but when it finally did come together, it was kind of out of the blue to be completely honest. I hadn’t talked to Jeff in a while at the time. He called me up and said, ‘I got some money together and I think I have a couple of producers who can make Take Shelter. Do you want to do it?’ It caught me off guard, but I was totally interested. The rest is history.

What was your first impression of the script?

My first impression of the script was that it was a beautiful piece of writing. It was very spare. Jeff has great economy in the way he writes his characters. The two characters that I’ve played for Jeff aren’t men of letters, you know? They don’t say much unless they have to and they’re both trying to deal with certain obstacles the best they can, in ways that will best serve their families. For Jeff, it always comes back to family. Both Shotgun Stories and Take Shelter are about trying to preserve the family in the face of whatever difficulties or tribulations come their way, and how important family is. That’s what struck me, essentially.

How did the end result measure up to those early impressions and/or expectations?

In the end result, again, there are so many contributing factors. There’s an incredible score by David Wingo that adds another layer to the film, which I found very powerful. We were very blessed to have fantastic computer effects, which are very hard to accomplish on a low budget film such as this. That’s another example of Jeff’s inventiveness, that he was able to accomplish that. It’s fun to see those extra layers at the end because when I’m shooting the thing, especially with the dream sequences, I’m not really acting much of anything for the most part.

Did you find that your collaborative dynamic with Jeff had changed since working on Shotgun Stories four years prior to Take Shelter?

That four-year gap happened largely because, even after we finished shootingShotgun Stories, there was a lot of post-production and editing to be done. It was a very long and arduous journey for him. I was so proud of Jeff when he finally introduced Shotgun Stories to the world, but it really took it out of him, you know? It was a herculean task. Once the dust cleared, he realized it wasn’t enough to make just one movie and that he had to now try and figure out how to make another one. That’s when we started talking about Take Shelter.

In terms of our collaboration, we seem to have a certain kind of ESP, Jeff and I. We don’t have to have very long and drawn out conversations where we explain everything to one another. I think that’s one of the reasons why we collaborated again with Take Shelter. I think if there were a lot of miscommunications and misunderstandings going on during the making of Shotgun Stories, he probably would’ve lost my number. We just seem to understand one another.

Do you like to rehearse a lot prior to shooting scenes or prefer that directors provide some room for improvisation on set?

It really depends on the project. In theater, I love to rehearse. With film, it’s a more delicate thing because you want to make sure that the version of the scene you want is the one that you catch on film. And if you repeat something too often, it’s hard to hide the fact that it’s becoming, not stale necessarily, but premeditated. People often ask me, ‘Did you research mental illness for this role in Take Shelter?’ Well, why would I do that? Curtis doesn’t know anything about it and he doesn’t know what the hell is going on. The first time that I went to go get a book on mental illness was when Curtis gets a book about mental illness because that’s the journey that I’m on. I don’t want to know more than Curtis does or else it doesn’t make any sense to me.

Did you have any reservations about working with a first-time director when you shot Shotgun Stories with Jeff?

Jeff looked to me a lot because he was just out of film school and I don’t think he felt entirely comfortable dealing with actors. Maybe it was something that he felt he might not have learned enough about in school. He drove me and the two fellas that play my brothers, Kid [Barlow Jacobs] and Roy [Douglas Ligon], to the house where our characters were going to live and asked, us ‘Should we run some scenes? What do you want to do?’ I told him we should just hang out and get to know each other. These are the kinds of relationships that are really hard to pull out of thin air. These are relationships that are, in real life, established over years and years of constant contact. I think the most important rehearsal you can do is to just spend time together, get to know one another and build some sort of solid relationship.