The actress-turned-model-turned-designer on the horror genre, the late Michael Clarke Duncan and life after The O.C. 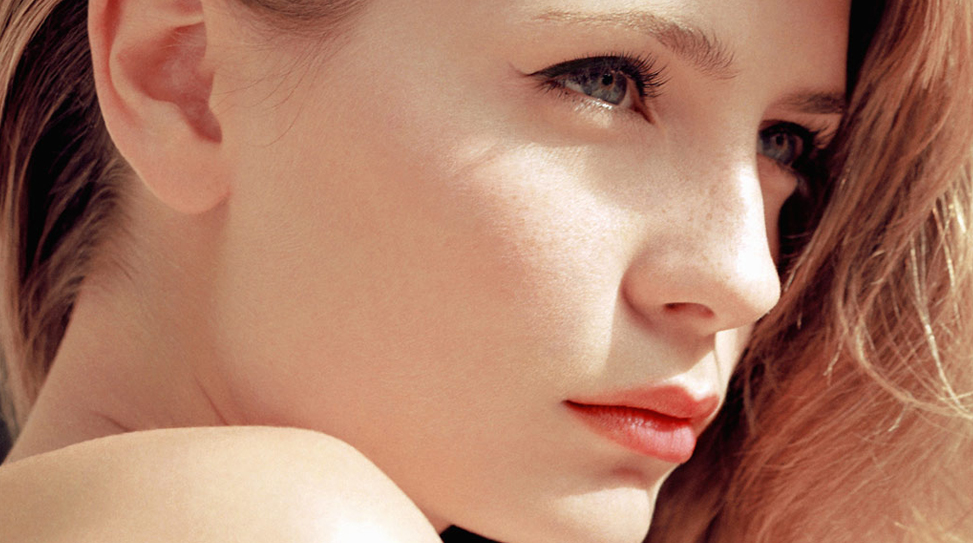 It's really important to stick to the side of the industry that you want to continue working in. Easier said than done, right?

Mischa Barton has kept a relatively low profile over the years, but she’s hoping for a comeback. So what better place to begin her quest than with a film called A Resurrection? These days, the true litmus test of an actress’ broader youth-culture currency is (unfortunately) preceded by their brush with the law—Barton was arrested for suspicion of driving under the influence, possessing marijuana, and driving without a valid license in 2007—or their association with an overwhelming cultural phenomenon. That cultural phenomenon came first in 2003 when the 27-year-old shot to fame with the hit TV series The O.C. as Marissa, a young socialite from Orange County, California with rebellious tendencies and a history of substance abuse. A string of not-so-memorable roles soon followed, but the actress has since added a new title to her resume—designer. Barton’s hugely popular line of handbags and mobile phone accessories for Uunique London, as well as the launch of her first UK store in the iconic Spitafields Markets are testaments to her fashion credentials. Not only that, Karl Lagerfeld presented her with the Icon of the Year award in 2008 and, while doing so, the high lord of fashion deemed her “a fashion role model for an entire generation.”

A Resurrection is now playing in select theaters.

Are you spending a lot of time in Los Angeles these days?

A Resurrection is reminiscent of ‘90s slasher movies even though it has a paranormal angle to it. Are you a big fan of the horror genre?

I’ve done a few horror films now. Some of them are more slasher than others, I’d say. Homecoming was one and I guess A Resurrection also has that quality. The other ones have been more tongue-in-cheek where they make fun of the genre. They’re all kind of different, but A Resurrection was definitely the one that prompted me to go back and watch the classics. I never really liked the horror genre before. I checked out stuff like the original Amityville Horror and Rosemary’s Baby. I was 23 when we shot this movie, which was two or three years ago… I’m losing track of time in L.A. It was a couple years ago. [Laughs] I can’t even remember. They wanted to go for a more classic feel with this one and it wasn’t meant to be a modern-day slasher film, which appealed to me. I became really deeply invested in the genre and I think I understand it a lot better now. Having said that, I don’t know if I’ll be doing a lot of horror moving on because I’ve had my share at this point. But I enjoy making them. It’s a great genre.

What scares you in real life? Do you have fears that are pretty pedestrian like the fear of heights? Are you maybe superstitious?

I believe in ghosts. I definitely believe in the paranormal. Every now and then, I’ll get worked up if I’m left alone in the dark. It’s like when you’re in a creepy place and there are weird vibes around you. That seems pretty common.

Do you find it taxing when you’re forced to hold a certain level of fear for a prolonged period, especially when you’re asked to repeat a performance take after take?

Thankfully, there wasn’t much of that in A Resurrection except towards the end of the film. I do have experience maintaining that level of fear for a long time from past movies, but that’s what acting requires! [Laughs] It’s my job, so I just do it.

This marks Matt Orlando’s directorial debut. Are you ever hesitant about working with first-timers?

Sometimes I am, but in this case, he also wrote the film and I find that always helps in the horror genre especially. It just felt like a good fit to me.

This also marked Michael Clarke Duncan’s final performance. What kind of impression did he leave on you?

He was a great guy. He was just a really nice guy. Michael was one of those sweet people who lights up everyone around them and make them feel at ease. Everyone just loved having him around on the set. He was a true, gentle giant. He was a practical joker with a great sense of humor. It was really heartbreaking to see him go.

As you step away from the horror genre, what kind of projects are you looking to explore?

It’s funny because these horror movies I shot within the span of five or so years all came out at once. That was really bizarre for me to experience. [Laughs] But I’m glad that we were able to get them released and I’m happy to do press for them. I’m getting back to doing more theatre later this year and maybe go Off-Broadway this summer for a month or two. I’m going to shoot a film up in Alaska, which feels like the new Roman Polanski school of cinema. I think it’s one of the best roles that I’ve received so far in my career, so I’m really excited about that project. I’m also attached to a film over at Universal called The Hire, which revolves around an assassin. Thank god it’s not a scary movie! The one in Alaska is a heavy drama and the latter is an action/thriller. Another project I’m attached to is a comedy, but I don’t know if I’ll be able to fit that into my schedule this year. As you can see, I’m exploring different genres now. I’m moving on.

You’ve made quite the journey since you started out.

I got my start when I was 8 in the theatre and film when I was 11. I did four plays at the Public—it was the Shakespeare Festival—the Lincoln Center, the New York Theatre Workshop and the Irish Repertory Theatre. So that was a nice introduction to the theatre world for me, having worked with everyone from Tony Kushner and Marisa Tomei to Joseph Wiseman and Diane Wiest. I was classically trained at a very young age. It’s always nice to go back and brush up on those skills. I think all actors can benefit from that.

Did you proactively pursue theatre at that age or did you simply want to act?

I didn’t want to do any one specific thing. I still remember going into audition for Tony [Kushner]. He asked me if I would ever shave my head and I told him, “Absolutely not!” [Laughs] He thought that was pretty funny and he liked my performance, so I got to fill that role.

The O.C. was a pop culture phenomenon when it aired and served you well in your career. Do you have any plans to return to television?

After The O.C. wrapped, I wasn’t too keen on doing more TV work and went off to do a lot of films with directors like Roland Joffé and Richard Attenborough. I’ve remained very vocal that I’m not interested in going back to television. At this point in my career, I’m not going to take things lightly, especially when it comes to TV work. It would have to be something that I know I’ll enjoy working on and with a character arc that’s attractive to me. Working in TV is a totally different animal because you might end up playing the same role for four or five years if the show becomes a hit. You have to be very cautious about that.

How has your perception of the industry changed over the years, both the ups and downs considered?

The industry itself definitely changed a lot. We make movies a lot differently now. The economy has certainly changed as we’re all aware. It’s really important to stick to the side of the industry that you want to continue working in. Easier said than done, right? You try to surround and associate yourself with people you want to work with. Your “team” accounts for everything. You could be working with the greatest director in the world, but it doesn’t really work if you don’t have really solid producers. I know what I want because I find that there’s this classic method of filmmaking still out there. I come from the old school style of filmmaking whereas a lot of people these days don’t. There are those people who really take the time to make something special, something that feels right. I’m not interested in the method of filmmaking where things are rushed and people gloss over important details. You can find the special projects if you look hard enough.