Candid and revealing. There’s nothing to hide for the actress behind Cruel Intentions, Hellboy and In Their Skin. 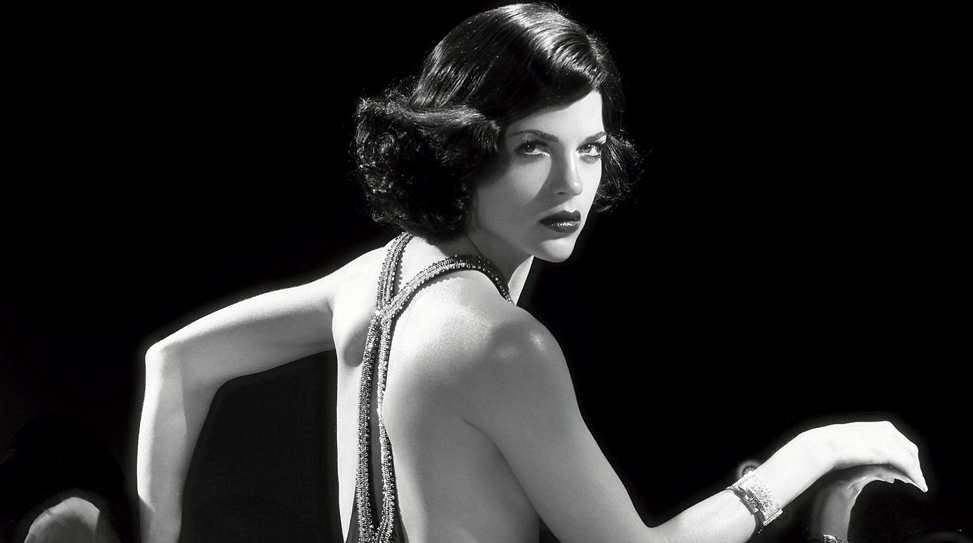 When I booked Cruel Intentions, I remember driving to the soundstage one morning and crying. I couldn't believe I was in California actually getting to do this.

In Their Skin is now available on IFC Midnight VOD and opens in select theaters November 9th.

I think the first time I decided to give it a try was while I was at Cranbrook, the boarding school that I went to. I was involved in a production of T.S. Elliot’s Murder in the Cathedral. Everyone left during the intermission because it was terrible… [Laughs] But my English teacher, Mr. Toner, told me not to give up. He told me to keep trying and thought I should be an actress. That was the first time I thought I could do this even though I don’t know what made him say that.

It was a movie called Strong Island Boys, a tiny independent project where I played the lead. It only showed at the Hamptons Film Festival, but Alec Baldwin gave it an amazing review. He said I was a cross between Debra Winger and Marlene Dietrich, which was the best review I’ve ever received.

What did you take away from that first experience?

What has surprised you along the way do you think?

I just didn’t think I’d ever get to make a living out of doing something like this. I was hoping to score a commercial to promote bubblegum or something even though I don’t have a commercial look to begin with. [Laughs] When I booked Cruel Intentions, I remember driving to the soundstage one morning and crying. I couldn’t believe I was in California actually getting to do this. I was with Reese Witherspoon and Sarah Michelle Gellar, two actresses that I thought were so talented, young and beautiful. I just couldn’t believe my good fortune in getting to work with them both.

Cruel Intentions was a cultural force when it came out and you’ve continued to make interesting choices in roles. What was attractive about In Their Skin?

I was in New York working on Dark Horse, Todd Solondz’s movie and I had just found out that I was pregnant. I met with Josh [Close], the writer, and one of the producers of the film who happened to be a friend of a friend. I thought it would be a great little movie to fit in while I was in the early stages of pregnancy. It seemed like a small, beautiful and manageable movie to do at the time.

Are you a big fan of horror?

I’m terrified of horror films. I’m really not good with gore. But I appreciate them and… No. They terrify me. [Laughs]

You were the one taunting Sarah Michelle Gellar on the phone in Scream 2, weren’t you?

I was the voice on the telephone! Before I did Cruel Intentions, my agent sent me out to do this small voiceover audition and Wes Craven was there. He’s even there to oversee the small things like that. When I booked it, I went into the studio the next day. I was so excited to get to say, “Kill, kill, kill, kill, kill… Die, die, die, die, die…”

Are you ever hesitant about working with a first time director like on In Their Skin?

In my career, I’ve worked with big directors, first time directors, on little movies… I think it’s so rewarding to help people get their start in the industry or become a part of it. I still feel like I’m always on the verge of getting a big break. I just never have it even though I’m not a girl anymore and I’m a woman. I like to work with other people like me—the underdogs.

What are you looking for nowadays when it comes to roles?

Everything has dramatically changed since I became a mom. I no longer have the luxury of doing a movie for $500. I need to make a living and save up money for my baby. I can’t always go off and do movies with first time directors. If I take on a role, it has to pay the mortgage or at least show off my acting chops. I have to be a little pickier these days because I’m at home with my baby every night right now. I would love to do a period piece. I would love to work with Wes Anderson. There are so many directors that I would love to work with before this is all over for me.

Hellboy was a big break for you.

Hellboy was huge for me. When Guillermo [del Toro] offered me that role, I couldn’t believe I was being allowed to work with such an amazing man. The chance to walk into his imagination… He’s the greatest at the kind of things he does. That was a gift. We shot the first one in Prague and the second one in Budapest. I hope we’ll do a third one, but I know it’s not happening yet.

How did you get involved with the Hellboy franchise?

Guillermo actually asked me to do it and I didn’t have to audition for it. He had seen Storytelling and saw a quality, a certain sadness, that Liz has in Hellboy. I was invited and beyond thrilled.

I used to be. I went so far as to make journals and create entire histories of my characters. I went overboard with the preparation. I was always worse when I did something like that. I already have a quality of being disaffected, which works great for characters like Liz in Hellboy. [Laughs]. Now I really play a game of pretend. I say the lines and pretend to be that person.

Do you get very critical when you watch yourself onscreen?

I don’t so much anymore. Sometimes I can see that I’m totally not there and get apologetic because I didn’t hit the marks for a character. For the most part though, I don’t feel that way because there are so many people involved in putting a film together. Once we finish shooting, it’s no longer my responsibility. I don’t get worked up when I watch myself.

Actors often talk about the downtime on set, which is out of their control. How do you deal with something like that?

In the past on set when I was waiting around for hours at a time in the middle of the night, I thanked god that I loved books. My mom taught me to have a book everywhere I went. Whether you’re waiting at the carwash or waiting for a scene, a great book is a must. Sometimes I’ll exercise or take a nap, but usually, I read a good book or meditate.

What are some misconceptions about the film industry?

One big misconception is that we’re all billionaires. I’ve heard people say, “Why would you ever want to be away from your baby? Haven’t you saved up enough money? Can you stay at home and take care of your baby?” I’m sure there are actors that are grossly overpaid, but I don’t begrudge them because everyone deserves a great paycheck. I’m a working actress. I think people often look at you like you don’t deserve anything because you supposedly make all this money and live this charmed life. There are wonderful perks for sure, but for most of us, we live paycheck to paycheck. That keeps me going for a few months, and like every other single mom out there, I have a mortgage and a nanny to pay. Life is life. I think people think actors don’t have the same worries that other people have. I think most actors, except for the top 1%, are regular working people.

Do you look at your career from project to project?

That’s pretty much it. I look at what I’m offered or what I know isn’t right for me. I’m constantly asking myself, “Am I right for this?” Plays don’t pay so I don’t get to do it all the time. I really do go project to project. Now with my baby, I’m trying to stay in town for a couple of years, which is why I’m doing a TV show right now. It’s all about being in the moment and figuring out what will work.

With TV, the issue becomes the time commitment.

Movies are great because you can jump in and jump out. You could end up shooting a lot of nights where you’re taken away from a baby that sleeps with you. Some of those things aren’t workable with TV shows, but if it’s a hit show, it does become a big commitment if it’s on for a long time. With TV, you’re usually not shooting nights and you’re home by ten o’clock. It’s doable. You have to commit to shows, but it’s so few and far between that something stays on the air for seven years.

What can you tell us about Four Saints?

Four Saints seems like a beautiful movie. I don’t know what’s happening with it to be honest. I think it’s still in pre-production. I would love to do a period piece like that. Right now, I think they’re trying to figure out some things about it. I actually went to make In Their Skin instead of Four Saints. It was supposed to shoot and then sort of took a break.

I saw your name next to Melanie Lynskey’s and got really excited. I hope everything comes together for this project.

I would love to work with Melanie. So many people throughout my little career said I should work with her. I’ve loved her ever since Heavenly Creatures.