The French actor takes Manhattan in the final chapter of Cédric Klapisch’s “trilogy of Xavier’s travels” with Chinese Puzzle. 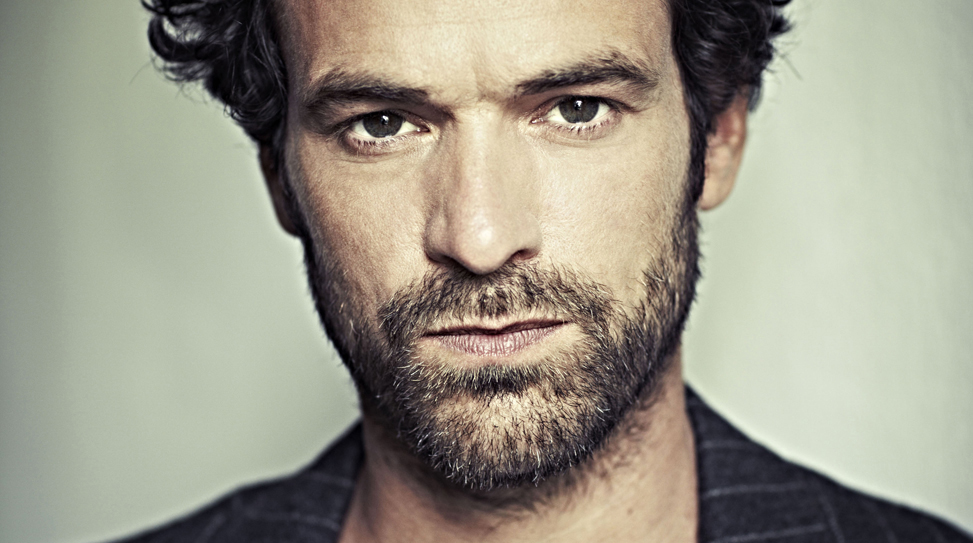 Maybe it has to do with the fact that I was the youngest of three. It was my way of saying, 'I'm here! You have to look at me!'

Cédric Klapisch’s The Spanish Apartment was a springboard to Romain Duris’ approach to acting. “It’s a film that forced me to work at creation and transformation like I’d never done before,” the 39-year-old says. “It was as if I’d created my own drama lesson.” That was a decade ago. Although Klapisch admittedly had no plans for a sequel (Russian Dolls), let alone a third chapter (Chinese Puzzle), fans have remained loyal and there was no shortage of inspiration for the French filmmaker who now fondly refers to the collective films as “the trilogy of Xavier’s travels.” Chinese Puzzle marks Klapisch’s seventh collaboration with French A-lister Duris.

Duris is Xavier, a writer, amateur philosopher and practical romantic. The trilogy began with his post-graduate studies in Barcelona before finding his feet as a writer in Saint Petersburg. Now pushing 40, Xavier follows his ex-wife Wendy (Kelly Reilly) and their children to New York City to ensnare himself within the hustle and bustle of Manhattan’s Chinatown. The imminent deadline for his new novel, the realities of immigration, and old friends Martine (Audrey Tautou) and Isabelle (Cécile De France) add complications for Xavier, a dreamer struggling to reach a desired destination but is instead forcibly diverted from one concerting side pocket to another.

Chinese Puzzle opens in New York and Los Angeles on May 16. Audiences will next see Duris in different guises with Michel Gondry’s Mood Indigo, which is set for release on July 18, and Fracois Ozon’s The New Girlfriend.

This has been a long journey for you and Cédric as collaborators. How have things changed and how have things remained the same, as so it often does?

It’s funny because we have our own relationship back in France, but we’re on the same wavelength somewhere else when we’re shooting. We know that this double life and the spontaneity of it is crucial, but our professional work has become more technical compared to our first films. So, it’s a mix of the technique and the important parts of life that comes in-between the films.

When that first opportunity came along where you were literally plucked off the street to star in one of Cédric’s movies, Le péril jeune, how did that feel? Was acting something you had thought about doing?

Not at all, but I think I could see the potential in my behavior in school. In high school, I behaved in the way actors do. My dad told me years later that I was an actor since I was very young. Maybe it has to do with the fact that I was the youngest of three. It was my way of saying, “I’m here! You have to look at me!” I didn’t want to be forgotten or ignored. [Laughs] Maybe that was the beginning of me becoming an actor. I think I had this inside of me for a long time.

With that first film, did it feel like “work” right away as opposed to “playing around”?

I think I was 28 when we shot The Spanish Aparment and it was in that moment with creating Xavier that felt so different to me. I transformed myself like I had never done prior to that. It was then I understood the work of an actor, and I liked it.

Cédric wrote the part of Xavier specifically for you. Did he tell you this before the script was in place?

With this one, he did tell me beforehand. Since this is a story about kids doing exchange programs abroad, he thought it might be interesting to have me visit different universities and observe how students behave. He told me that the character he was writing is very different than who I am, so he wanted me to go discover this different world.

Is Luigi, your son, old enough to know what you do for a living?

He’s 5 years old now, so he’s beginning to understand. He asks me why people ask me for photos and why I say, “No.” [Laughs] I’m very discreet about that kind of stuff. I tell him, “Daddy has a very special job and sometimes people want pictures.” I explain to him exactly why. Sometimes I agree to photos because it’s just quicker, but then Luigi asks, “Why? Why to that person?” [Laughs] I decline most of the time because I want to protect my family.

What about him possibly seeing you in a film where you have fictitious children. Does that create any confusion?

He came to New York when we shot Chinese Puzzle and I was very impressed by how he handled that. He met Pablo [Mugnier-Jacob], who plays my son in the movie. He was very curious about this father-son relationship. I think he gets it now. I told him it’s like a game.

With The Spanish Apartment, you garnered a huge following. I wonder how much the fans played into your decision in committing to a sequel and ultimately a third chapter.

I think it could be very difficult to make a series about a theme that doesn’t work. It’s when you force multiple sequels just for the sake of doing it that’s dangerous. It’s important to have the audience and fans, of course, but when I make choices, it depends more on the character and the director. It doesn’t have so much to do with the film’s potential success. Every time I do a new movie, I can only hope that people will see it, but there are other things to consider.

When you read for different characters and projects, are there the less obvious things that sort of grabs your attention?

What kind of roles are you normally offered in terms of Hollywood?

At the moment, I know that I’m looking for the same kinds of roles that I’m offered in France. The language is another question, but that new thing we’re talking about has to be the same. Right now, it’s always a co-production and I don’t feel that it’s a new thing. But I’m very curious and open. In two days, we’re going to L.A. to meet some new agents. I think it’s very interesting to work in another language and explore new things in different countries. I’m ready.

What can you reveal about Francois Ozon’s The New Girlfriend?

It’s very strange. It’s very much the “Ozon” world. I’m a bit sad because it didn’t make it into Cannes. Maybe it’s because his last movie was at the festival last year and that’s why they didn’t choose this one, but I really don’t know. It’s not my place to say how those choices are made. The film will be released in November in France.

Do you have any desire to write and direct a feature of your own?

Not at this time. You have to be patient, you know? Filmmakers can take like three years to make one movie. That’s why I like being an actor. Directing takes a lot of patience and focus.

And you would have to put acting aside, at least to a certain degree, which I’m sure would be very problematic for you.