The accomplished actor talks to Anthem about his latest film, For Ellen, tight jeans and working with a young, untrained actress. 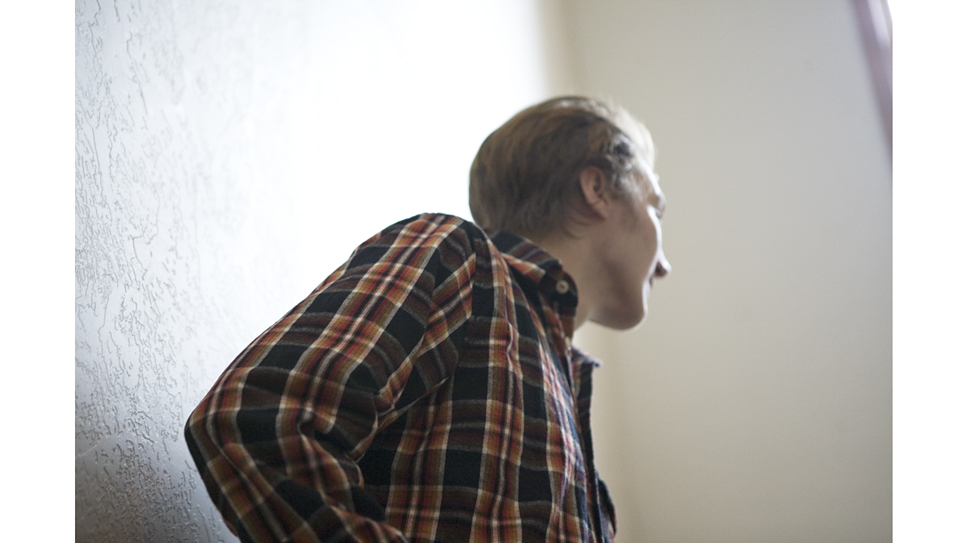 Usually, after making a movie that’s this emotionally draining, I don’t want to act at all.

Paul Dano is perhaps best known for playing the electrifying fire-and-brimstone preacher in There Will Be Blood, maverick director Paul Thomas Anderson’s masterpiece. The 27-year-old actor took Sundance by storm with Little Miss Sunshine in 2006, which picked up one too many awards to count. He also starred in Ang Lee’s Taking Woodstock, Spike Jonze’s Where the Wild Things Are, Kelly Reichardt’s Meek’s Cutoff and Jon Favreau’s Cowboys & Aliens. Dano is making another big breakthough at Sundance this year.

So Young Kim’s For Ellen follows Joby Taylor (Dano), a self-absorbed musician whose band is on the verge of disintegrating. Joby takes off on a road trip to sign an out-of-court divorce settlement with his estranged wife Claire (Margarita Levieva) and soon discovers that his lawyer (Jon Heder), an ineffectual mama’s boy, has failed to secure him any parental rights with an agreement that will force him to forfeit custody of his six-year-old daughter Ellen (Shaylena Mandigo). By making us experience the weight of dead air surrounding virtually every beat in Joby’s dialogue, we grow to feel trapped with him through a series of self-inflicted travails and cascading bleak moments.

Dano spoke to Anthem about his raw performance in For Ellen, which premiered in the U.S. Dramatic competition at Sundance this year.

Congratulations on For Ellen. You went really far with this role and perfectly embodied a character that’s on the brink of losing everything. How did you and So [Young Kim] first meet?

I met So through my girlfriend Zoe [Kazan] who was in Brad Rust Grey’s film called The Exploding Girl, which So produced and co-edited. It was through Zoe that I became friends with them. So sent me the script to read, more as a friend, and I really liked it. I was very moved by it because it felt so personal. It seemed like such a great part and something that I haven’t had the chance to do. I immediately responded to it on a gut level. I started talking to her about the character and we eventually arrived at a place where I could play the part.

So likes to let the camera roll for a long time. You can see that in her previous films as well. The edits are never super cut up. I had to be completely inside of the character of Joby Taylor. It wasn’t about hitting your mark or delivering the lines in a certain way. It was about living and breathing as the guy in front of the camera. So would do several takes and let me play around with it, whether it was good or bad. She really trusted me a whole lot and I trusted her based on her other films. I wanted to make sure that she had the best stuff to work with in the editing room. She has worked with non-actors before and got great performances out of them, and so much of that has to do with finding honest moments in the editing room. I felt like I could just go for it and trust that she’d be able to work with that. The script was so good that a lot of the direction was in the words.

How did you develop this character? Did you maybe emulate someone that you knew personally or someone we’re all familiar with in pop culture?

I watched a lot of rock and roll stuff. The clothing was probably the most important element. Finding that red leather jacket, tight jeans and leather boots was important. It made me feel so different in my shoulders and my crotch. [laughs] It just gave me a different energy. That was probably the most important thing aside from the music. I don’t think there’s one specific thing that I really took as a model. There were just things that influenced the whole energy that I was trying to tap into.

You’re in a band yourself called Mook. Are you still making music in tandem with the acting?

We try to. It’s hard because we all have jobs. Two of my best friends and I like to play together. We’re trying to keep it alive.

I’m not familiar with your music. How would you describe it?

It’s rock music. It’s a little weird, but I like it. [laughs] It’s basically the same as when you’re trying to make a movie. You’re trying to make something that you yourself would enjoy as a listener. It’s about taking a lot of different genres and kind of putting them in a blender.

Where did So find the young actress who plays your daughter in the film? She’s phenomenal. I can’t find anything about her online yet.

So found her at a local school near where we shot the film. She went to visit a couple of classrooms, talked to a few girls and that’s how she found Shaylena Mandigo to play Ellen. It was great working with her. Kids keep you honest. Sometimes it’s hard because you have the responsibility of taking care of them, but that also means you’re not just thinking about yourself. They keep you in the moment, which is great. You