New Zealand’s Georgia and Caleb Nott on their favorite nightspots, the hottest popstar and their last bad dream. 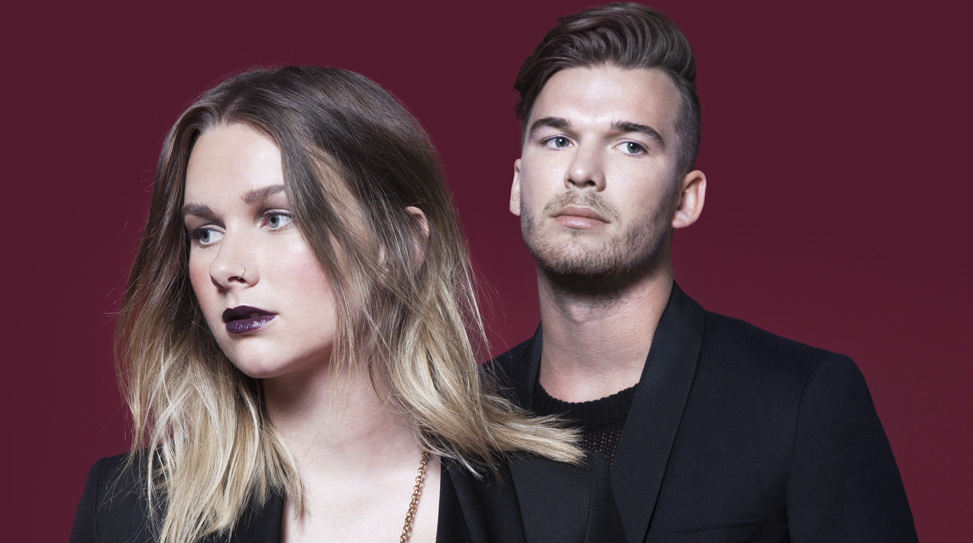 Ever since we were introduced to New Zealand’s synthpop duo BROODS, we’ve been captivated by Georgia and Caleb Nott’s charming single “Bridges”. The track, which was produced by Lorde’s collaborator Joel Little, is pained pop at its best. It’s gorgeously produced without ever being overstated, building to satisfying peaks and giving way to carefully constructed valleys. While details on these Kiwis remain largely mysterious for us to go exclaiming there might be something in the water in New Zealand—notwithstanding Lorde’s current takeover—it’s safe to argue that the country so distant from American shores might make a habit of grabbing real estate on pop charts Stateside soon enough.

DESCRIBE YOUR SOUND IN TWO SENTENCES: Delicate vocals that sit over airy synths, driving beats and bass. And with strict pop structures.

FAVORITE NIGHTSPOTS IN THE CITY YOU CALL HOME: Our favorite nightspots would have to be wherever our friends are playing that night, I guess.

BANDS THAT WOULD COMPLETE THE FORMATION OF YOUR SUPER GROUP: Radiohead, Bat for Lashes, Lykke Li, James Blake and SOHN.

MUST-SEE TV: Don’t have one of those…

YOUR HOME IS BURNING DOWN. WHAT ARE YOU TAKING WITH YOU? The cat, spare of knickers and our phones.

FAVORITE PIECE OF LYRIC OTHER THAN YOUR OWN:
Maybe there’s a God above
But all I’ve ever learned from love
Was how to shoot at someone who outdrew you
(Leonard Cohen – “Hallelujah”)

THE LAST DREAM I CAN RECALL: Georgia had a dream that she had to babysit a child that had removable limbs, etc. And before she put him to bed, she had removed everything until he was just a been. Store the parts in a drawer and wrap him up in a blanket. Otherwise, he wouldn’t sleep (similar to a Mr. Potato Head doll).