The ethereal dreamscape duo takes some of our quick-fire questions in the lead up to their final album The Recognitions. 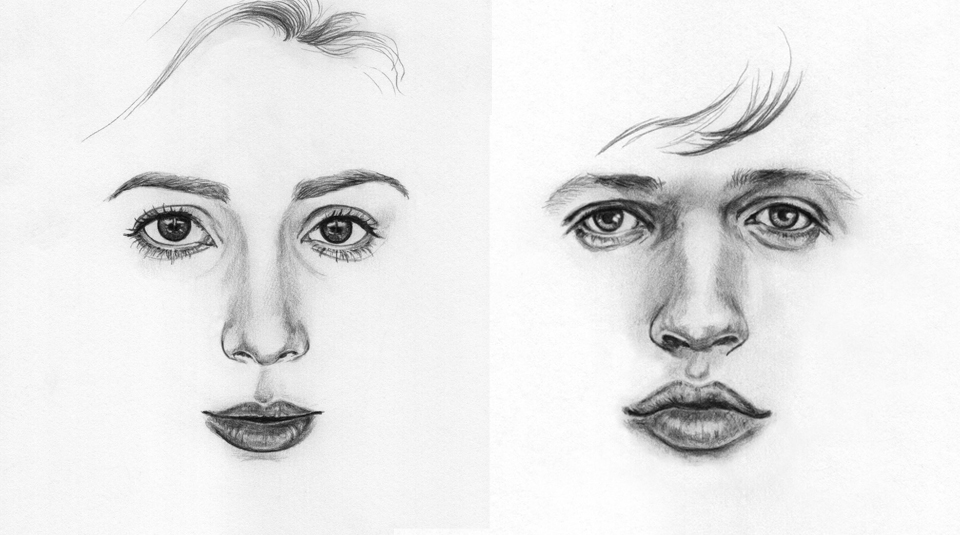 It’s like the question you get where your mind just goes completely blank.

“It’s like the question you get where your mind just goes completely blank. I just hate all the options out there.” This is what Aleksa Palladino, one-half of EXITMUSIC, told us in 2013 once prompted to describe her sound in her own words. It was our first time meeting at a nondescript Brooklyn loft for a photoshoot and interview that would run in a different publication. EXITMUSIC’s other half, Devon Church, had escorted her there, not least because they were also romantically involved. In 2015, when we met up with Palladino for an Anthem feature, they were no longer together—although she didn’t tell us then—and the band remained rather quiet thereafter.

A few weeks ago, we were alerted to a new single, “I’ll Never Know,” which Church describes as a “eulogy” on his personal Instagram account. He’s also specific to point out that their upcoming album, The Recognitions, is their “final” effort. Clearly a bookend to their years-long, innermost confessionals, it is also their relationship coming to a close in some significant manner. “I’ll Never Know” has the same power of their all-time best cut “The Modern Age”—like the sound of lighters blazing up in shadowy corners. The Recognitions features nine haunted compositions, each representing a different shade of EXITMUSIC’s sonic palette—albeit on a moody grey scale—that will surely send more than a few people up into the earth’s atmosphere whenever it’s played.

As for the future, Palladino is scraping the skies on the acting front with Martin Scorsese’s The Irishman slated for release in 2019. (Incidentally, when the press release for the duo’s 2012 debut album Passage first landed in our inbox, we had no idea that she was also an actress starring on a small HBO show called Boardwalk Empire.) As for Church, he’s working on a solo record.

Now on to Exitmusic’s vitals…

The Recognitions is out April 20 via felte. You can pre-order now and receive “I’ll Never Know.”

DESCRIBE YOUR SOUND IN TWO SENTENCES: Your insides are now outside. What’s that sound like with reverb? – Aleksa

FAVORITE NIGHTSPOT IN THE CITY YOU CALL HOME: My bed. – Aleksa

FAVORITE NOW DEFUNCT LABEL: I don’t know much about this. – Aleksa

NERDIEST EQUIPMENT FETISH: None! I nerd out to lyrics and words, and the way the voice can deliver them. That’s my fetish! And creating sonic landscapes. I use equipment, but I don’t love equipment. – Aleksa

Recently been nerding out on a Stratocaster copy that Casio made in the early ‘80s that has both guitar and MIDI outputs, so you can play synth and guitar at the same time. – Devon

NECESSITIES YOU NEVER TRAVEL WITHOUT: Paper and pen. – Aleksa

LAST THREE MOVIES YOU’VE SEEN: I Called Him Morgan, Packed in a Trunk, and Compliance. – Aleksa

The Alphabet, The Grandmother, and Fire Walk with Me (on a David Lynch kick). – Devon

BOOK CLUB RECOMMENDATION: The Natural History of the Senses, Mother Tongue, The Alphabet Versus the Goddess, and A World Lit Only by Fire. – Aleksa

The Brothers Karamazov, Jesus Son, and The Life of Milarepa. – Devon

MOST MEMORABLE SHOW YOU’VE PLAYED: The first time we were asked for an encore at Paradiso in Amsterdam. – Aleksa

With Blonde Redhead in Philadelphia at Union Transfer. – Devon

FAVORITE PIECE OF LYRIC OTHER THAN YOUR OWN: “And thanks for the trouble you took from her eyes, I thought it was there for good, so I never tried” (Leonard Cohen’s “Famous Blue Raincoat”). – Aleksa

“You who build these altars now, to sacrifice these children, you must not do it anymore. A scheme is not a vision if you never have been tempted by a demon or a god” (Leonard Cohen’s “Story of Isaac”). – Devon

YOUR HOME IS BURNING DOWN—WHAT ARE YOU GRABBING? All the animals. – Aleksa