The Scandinavian trio lifts the veil on their favorite night spots, the hottest popstar and the choicest Kanye West lyric. 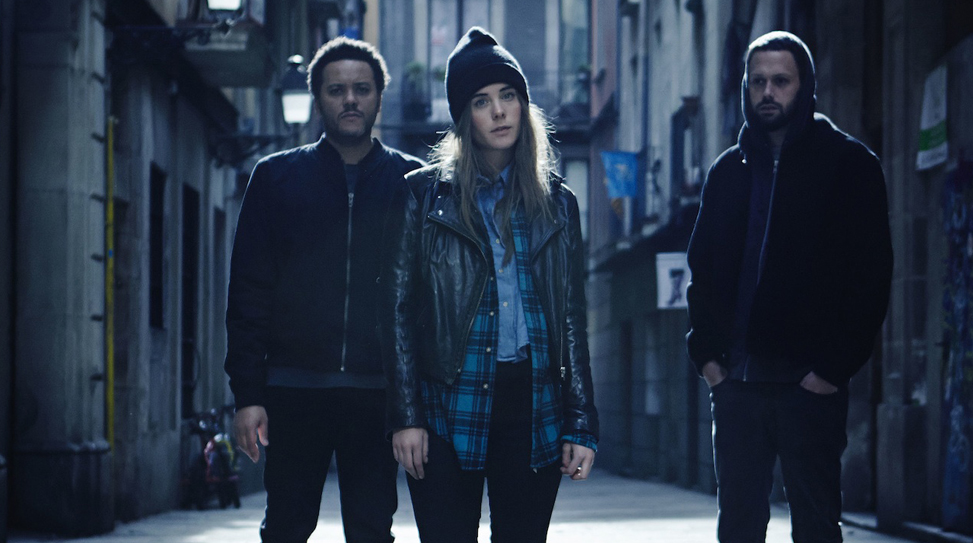 In an industry that is constantly at fever pitch, you often need to plan your forages and simply shoot. Rising out of Stolkholm, Sweden, NONONO is an excellent choice. The Scandinavian trio—producers Tobias Jimson and Michel Rocwell with Stina Wappling on vocals—is one of those bands you’d like to keep to yourself. This is a band that gives off an intensely charming vibe while retaining a deceptive modesty. Scandinavian pop has been a commercial commodity for years and we don’t just mean formidable acts like Icona Pop, Robyn and The Knife, but big in terms of the behind-the-scenes dominance of producers. This sleeping beauty is starting to wake up Stateside with the support of the likes of TIME magazine and Jimmy Kimmel Live. Behind the destined hitmakers’ new single “Pumpin Blood” hides a real gem of an anthem. Hats off.

BANDS THAT WOULD COMPLETE YOUR SUPER GROUP: The Roots (for their live performances) and Matt Corby (for his vocals).

NERDIEST EQUIPMENT FETISH: We’re not so nerdy with equipment, but if we have to choose something it would be the Roland Space Echo.

BEST RECENT PURCHASE: New underwear when we were stuck in Dallas.

SOMETHING THAT’S ALWAYS IN YOUR POCKET, WALLET OR PURSE: Guitar pick (Michel), bottle of fresh water (Stina) and phone (Tobias).

FAVORITE VENUE: The Eagles Ballroom in Milwaukee. It’s a beautiful venue with a great crowd!

WORST CONCERT MALFUNCTION: We had a gig in Stockholm where the crowd was eating dinner while we were playing and that felt really awkward.

MOST DEPENDABLE PRE-SHOW RITUAL: The group hug before we go on stage when we tell each other that we’re the best.

YOUR HOME IS BURNING DOWN. WHAT ARE YOU TAKING WITH YOU? I’m in-between homes right now, so I can’t really say (Michel). The computer with all of the lyrics and old photos on it (Stina). My son Hugo (Tobias).

FAVORITE PIECE OF LYRIC OTHER THAN YOUR OWN:
Sunglasses and Advil
Last night was mad real
(Kanye West – “No Church in the Wild”)

FINISH THIS SENTENCE: I/We really like it when… we have time to soundcheck and have our own green room.