The “floating” star of IT—and one of Netflix’s smartest new investments for 2020—on some of his very favorite things. 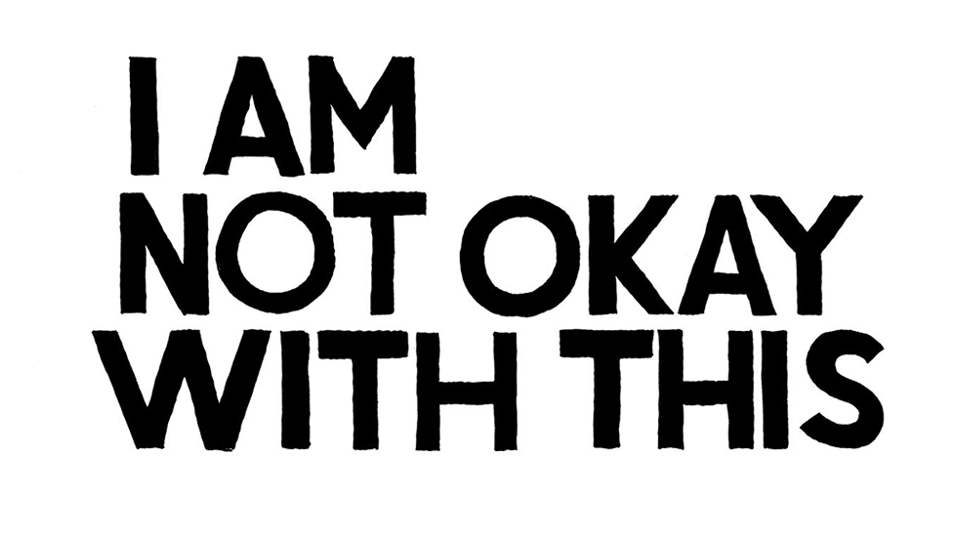 The Losers’ Club, the iconic ragtag group of friends from Stephen King’s IT, succeed in their quest to defeat their foe on little more than a wing and a prayer. And they’re not disbanding just yet—not all of them, at least. Sophia Lillis and Wyatt Oleff, who starred as younger versions of Beverly Marsh and Stanley Uris, respectively, in Andy Muschietti’s big screen adaptations, will reunite this year for Netflix in a new show called I Am Not Okay with This. The eight-episode, 30-minute series is an adaptation of the 2017 graphic novel of the same name by Charles Forsman.

Lillis leads the cast as Sydney, a teenage girl navigating high school, family and sexuality, all the while coming to grips with newfound superpowers awakening inside her. Meanwhile, Oleff stars as another Stanley: last name Barber, Sydney’s neighbor who’s being billed as “the geek who is not cool; only he is cool by being uncool.” This is the second series for the streaming service from Forsman following The End of the F*****g World, and Shawn Levy of Stranger Things is serving as executive producer.

In the lead up, Anthem grabbed Oleff’s Vital Stats—Lillis’s VS are over here—and what did we learn about the 16-year-old? He’s not like those Stanleys he portrays on screen. He’s cool, period. In addition to the IT franchise, Oleff is also widely recognized for playing the younger version of Chris Pratt’s Peter Quill/Star-Lord in the Guardians of the Galaxy movies.

I Am Not Okay with This is slated to premiere on Netflix in March.

hello it's me, hideo kojima, director and creator of the metal gear franchise

BEST FILM/TV MOMENT OF 2019: The entirety of Parasite.

BEST ALL-TIME MOVIE VILLAIN: Thanos. Every single line of his is quotable, he’s got a proper (although skewed) motivation, and he’s just a very menacing and well-built villain.

NECESSITIES YOU NEVER TRAVEL WITHOUT ON SHOOTS: My Nintendo Switch, a blanket, a snack, and a journal.

MUST-SEE TV: A show that Sophia Lillis introduced me to: Mob Psycho 100.

YOUR HOME IS BURNING DOWN, WHAT ARE YOU GRABBING? The model of my own head built from a mold (used in It Chapter 2) and my signed copy of Nancy Drew and the Hidden Staircase.

BEST ADVICE YOU’VE RECEIVED IN LIFE: “Happiness is a journey, not a destination.” – Buddha

WTF ON-SET MOMENT: Since I don’t have my license yet, on the set of I Am Not Okay With This I had to be driven around by a truck. My character drives a car, but I couldn’t drive so I had to embarrassingly fake-drive while being pulled by a truck.

SOMETHING MOST PEOPLE DON’T KNOW ABOUT YOU: I pack my own lunch for school every day.