We Own the Night: Nixon Bar

A dinner and a movie—and post-drinks—concept makes an alluring proposition to nightlife vultures in Athens, Greece. 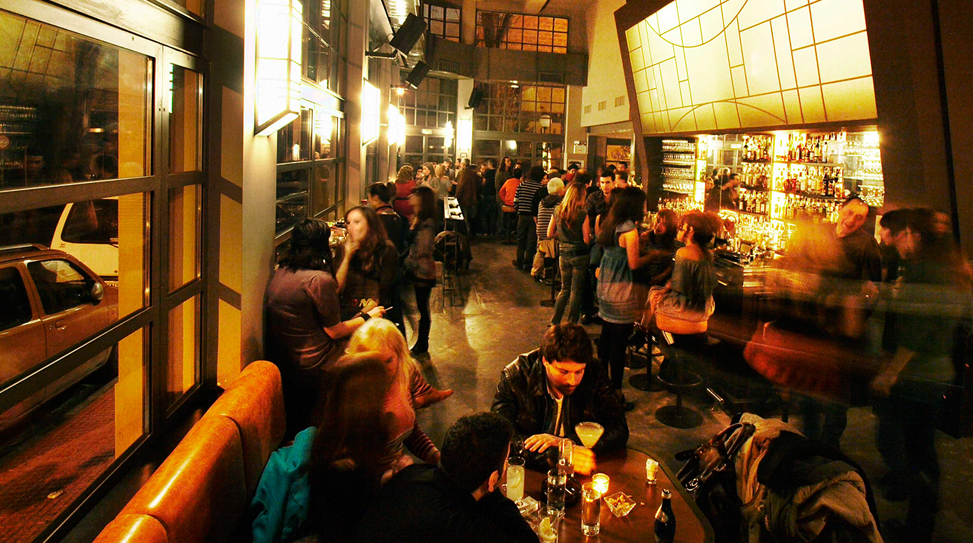 We didn't want to take current trends or fashions into account and rely on elements that have survived in bars for a long time.

Nixon Bar is perfect for the discerning Greek population in Athens as well as vociferous nightlife critics on the prowl for something that belies sameness. Named after the disgraced president, the bar/restaurant/cinema is referred to as “Watergate” by the locals. To be fair, Nixon is actually the co-owners’ affectionate nod to the Coen Brothers’ cult classic film, The Big Lebowski, which takes a jab at “Tricky Dick” in one of its memorable scenes. Located in a relatively forgotten part of the city in the district of Kerameikos, only recently have crowds begun flocking to the area hoping for its revival. Rest reassured, Nixon Bar is doing its part to meet that end.

Since Nixon’s inception in 2006, film directing/producing duo, Alexander Adraktas and Lambros Trifyllis, have provided ample opportunity for their patrons to indulge in a highly versatile nightlife sanctuary. They seem to have mastered this by juxtaposing the wine and dine experience with a night out at the movies. “The inspiration was definitely related to our film backgrounds,” explains Adraktas. “We wanted to create a space that serves as a film hub where people can watch movies in a different kind of atmosphere and follow up with drinks or a quick meal.” To set the stage for this joint venture, Adraktas and Trifyllis enlisted doxiadis+ and its chief architect, Ira Vonderthann. The inviting atmosphere brims with traditional accoutrements such as leather banquettes, lacquered wood bar tops and marbled floors. The end result is an interior that exudes timelessness at the behest of a city in which time never stops. “The brief was for a space that had a classic bar feel about it,” says Adraktas. “We didn’t want to take current trends or fashions into account and rely on elements that have survived in bars for a long time.”

Even so, it’s impossible to discount the deliberate and calculated touches that imbue Nixon with characteristics all its own. The robust, two-tiered chandelier dripping down as a sparkling centerpiece and the grid of smokey mirrors lining the back wall serve as bold counter-points in an otherwise subdued setting. Of course, even the most discerning patrons are taken into account at Nixon—it isn’t all about novelty. The quality of food is paramount, and chef Markos Rossis offers up a crowd-pleasing gastropub menu that reveres tradition and authenticity in equal parts. The selection may be modest, but there are numerous standout dishes to choose from: savory burgers, succulent cuts of meat and the ever-popular eggs benedict. Meanwhile, for those interested in diving straight to the bar, Nixon prides itself on a wide selection of malt whiskeys, the Bloody Mary and lip-smacking apple martinis.

The ingenious idea behind one of Athens’ increasingly popular watering holes certainly isn’t lost on its loyal clientele, especially the thirty-something media industry types that continue to flock in night after night. This predominant crowd is no doubt drawn to a built-in 60-seater cinema, the crown jewel of Nixon. The venue plays host to film premieres, alternative cinema, retrospectives, as well as an annual international short film festival called Psarokokkalo, which showcases both Greek and international entries. The plush seating, compact side tables, and dimmed lighting fixtures adorning the ruby red walls stress comfort, ergonomics and functionality to cultivate a chic, yet totally unassuming atmosphere that would entice even the mightiest of Greek gods.