The actor on his sensitivity and hyperawareness, superstitions, and looking past genre presumptions. 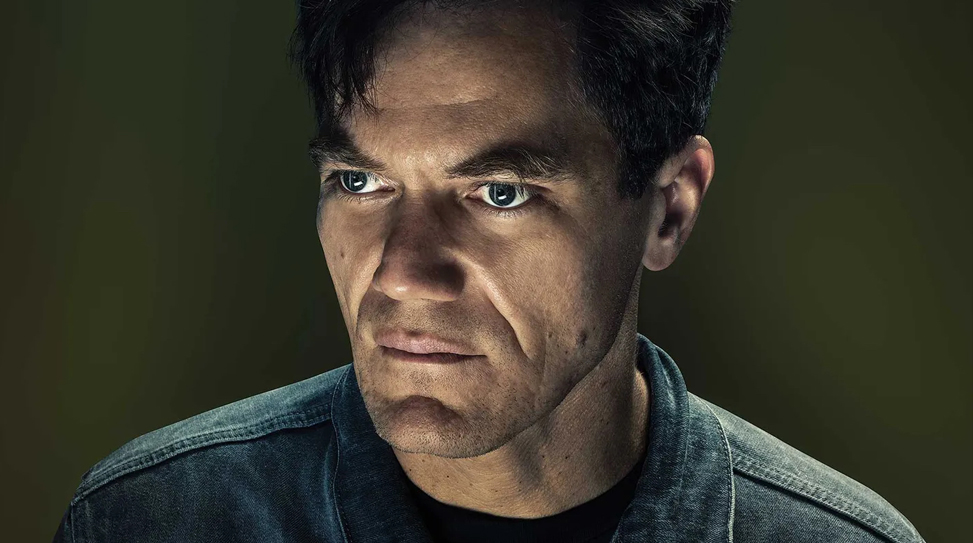 I’m just always very hyperaware of what’s going on around me. I’ve been like that ever since I was a kid. I think it’s one of the reasons I got into this business probably.

Spencer Squire’s feature debut, Abandoned, lays the groundwork of time-tested haunted house stories. Couple Sara (Emma Roberts) and Alex (John Gallagher, Jr.) move with their infant son from the city to a remote farmhouse that seems primed for a young family looking to build a new life in the country. This is a crucial moment for Sara, who’s struggling with postpartum psychosis. That’s right—this isn’t your run-of-the-mill depression. She’s known to full on hallucinate, and doting husband Alex believes a change of scenery is what’s needed to jog Sara out of her funk.

Naturally, the house has a dark past. During their initial viewing of the home, Sara inquires why the property has been on the market for as long as it has. The smile falls from the wheedling realtor’s (Kate Arrington) face. It was the scene of a double-homicide many years ago. Undeterred, the couple is ready to spring for the bargain spread. Unfortunately, the move fails to alleviate Sara’s emotional chasm. Meanwhile, reasonable suspicions of a haunting begin to mount: belongings are misplaced, squadrons of flies assemble, and drumroll please, there’s something wicked behind you. Also unsettling is their quietly tormented neighbor, Renner (Michael Shannon)—the actor finds a haunted register that’s well within his wheelhouse—who seems to know a thing or two about the house. Now, the more Sara uncovers, the more tenuous her grasp on reality becomes.

Abandoned is now playing in select theaters, and goes Digital and On Demand on June 24th.

You’re probably the last person who’d count something like this, but you’ve made over thirty films in the last ten years, excluding TV and other things. You’re prolific if nothing else.

Jesus. Yeah, I try not to think about it.

I wonder how you make choices, though. I saw that you worked with Spencer [Squire] on two other films, but with him as a fellow actor. Did you guys meet on Heart of Champions?

Yeah, that was the first time I met Spencer. I was playing the coach of a rowing team and he was one of the students on my team. He played one of the quieter characters so I really didn’t know what to make of him. He seemed a little bit shy and quiet. Apparently that was just him acting because he’s not shy or quiet. He’s very thoughtful and intelligent and wonderful to talk to.

So was Abandoned something he presented you with?

Yeah. Through our manager, Byron Wetzel, who’s also a producer on the film. He got us in touch.

Spencer had this to say about you: “He has a truth meter unlike anyone that I’ve ever met.”

Wow. Well, it’s a hard thing to tout yourself for with something like that, you know what I mean?

Have you always been very good at reading people and their intentions, and just situations?

The way I look at it, I guess I’m just a very sensitive person. I mean, that’s what acting’s about. It’s about being sensitive, and I don’t necessarily mean in an emotional way like I’m crying all the time or something. I’m just very sensitive to what’s going on around me, even in just a very sensorial way. Places. Images. So I’m just always very hyperaware of what’s going on around me. I’ve been like that ever since I was a kid. I think it’s one of the reasons I got into this business probably.

I can see that.

A lot of acting—as far as I’ve been able to figure it out—is about awareness, listening, responding. It’s easy to take for granted. A lot of people assume that they’re doing that, but most people don’t actually do it very well. It’s just a matter of concentration. And practice makes perfect I guess.

In the movie, your character at one point confesses, “I don’t believe in that kind of thing,” referring to ghosts and hauntings specifically. I wonder if you’re superstitious yourself.

[laughs] You know, in certain ways I am. I can be a little OCD sometimes about things: I don’t like to walk under ladders, I always knock on wood. I haven’t gotten Covid yet, but any time I say that, I knock on wood. I don’t want to get arrogant about it. I’m sure I’ll get it eventually, but for some reason, I haven’t gotten it yet. So it’s kind of the old fashioned superstitious habits that I do have.

I’m remembering a fun story you shared with Playboy years ago, about how you would go house-hunting, having thoughts like, “This isn’t my house. Someone else lives here.”

It’s interesting you say that because, eventually, we did buy a house that is very old. I oftentimes think about how many different people must’ve lived there throughout its past. It’s pretty shocking in Abandoned how quickly they buy that house, but I think there are other forces at work. It’s like destiny that they had to go there. She needed to go there in order to deal with herself, you know?

And since you bring up Covid, I wondered if that might’ve had a role to play in sparking the recent on-screen collaborations with your wife, Kate [Arrington]. It was great seeing you together in this film, and I know you also made Night’s End not long before this one.

I’m not so sure. Like you say, it’s just nice to find opportunities to work together. I guess it’s easier in a Covid-type situation because we were both together anyway, so I guess that might be a part of it. But I don’t know. No matter who you’re working with, you have to be really, really careful on set, particularly in a closed location like a house or an apartment or something like that.

Kate said she can’t watch horror movies, and she thought that you might actually be worse.

[laughs] Oh yeah. I’m a real scaredy cat, there’s no doubt about it. I went to the premiere of the movie last night here in New York and I was jumping all over the place. I get really freaked out.

Do you look at stuff in genre terms, whether you’re acting in them or simply watching them?

I do, but I would just say that I hate the notion of something being labeled a horror film preventing people from seeing it. I think this film has a lot to say for young mothers who might be dealing with similar situations to what Emma [Roberts] is facing in the movie. But those mothers might not be inclined to go to a horror film necessarily. I just feel like, sometimes, genre prevents people who might appreciate a movie from seeing it because they make assumptions based on one word that’s describing the movie. So I just hope that this movie is able to find its audience.