The Forever Purge scene-stealer on his favorite neighborhood haunt, his best recent purchase, and his current Netflix obsession. 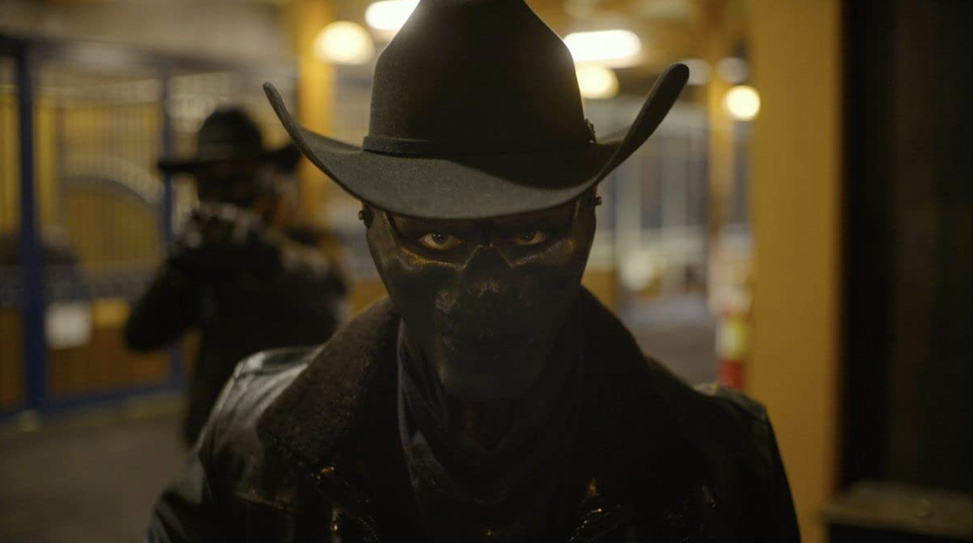 I lived for 200 years as a dog before I entered this life.

Eight years ago, Hannah Fidell unleashed her powerfully austere film, A Teacher—about an illicit affair between a high school senior and his English teacher—onto Sundance audiences and courted (you guessed it) a lot of controversy. Then in 2014, HBO pursued the rights to retell Fidell’s story, with the series adaptation ultimately ending up on a very 2020 platform, FX on Hulu, with some very 2020 adjustments, including trigger warnings about grooming that would open every episode. Both iterations devastatingly considered the rhythm of predation, the lies abusers tell themselves, and the uphill battle faced by survivors stifled by a narrow definition of victimhood. But as is so often the case, Fidell’s retelling of her work didn’t prove as explosive the second go-around. And for his part, Will Brittain, who played the original student, had set the bar oh so very high.

Talking to Anthem about the experience of making A Teacher in 2019, the actor revealed to us just how green he had been behind the machinations of what would amount to his breakout role. “I was studying at [the University of Texas] getting my Bachelor of Arts in theatre and dance. I had never before auditioned for a film so I didn’t really know what that was gonna be like,” he said. “I was just ignorant about the whole process. I remember at a certain moment asking Hannah, ‘What happens with indie movies? What’s Sundance?’ I didn’t have any experience with the industry.”

Brittain, now 30, has come a long way since and has remained firmly on our radar. Well, sort of. Imagine our surprise this month when he made an unexpected appearance in The Forever Purge. He completely stole the minor—yet no less impressive—scenes he featured in. You know the franchise: Purge Night is an annual American holiday when all crime is permitted for a 12-hour period. Brittain gamely portrays one of the purgers—most of them enraged white nationalists—who refuses to stop after the 12 hours. His striking blue eyes peeping out from behind the war paint and mask that are otherwise obscuring his face, he was still unmistakable and thrilling to watch. Anthem reached out to him straightaway—as we were literally exiting the venue—to check in with him. It also proved an ample opportunity in which to offer him this Vital Stats feature.

You might also recognize Brittain from his preceding roles in Kong: Skull Island and Let Him Go, starring opposite Kevin Costner. This is an actor who continues to deliver on every front: He has recently ventured behind the camera with a short film he wrote, directed, and stars in—Wildman—which is premiering at the Heartland Film Festival Indy Shorts Fest this week. “We’ve got an amazing new actor, Michael Gabriel Flores, as our lead and it’s pretty cool to think about where I was with A Teacher and observe him now going through something similar,” the actor tells us.

Now on to his Vital Stats…

The Forever Purge is now playing in theaters everywhere and On Demand.

BEST RECENT PURCHASE:  I got a deal on 20 bags of pea gravel for my rock garden.

LAST THREE MOVIES YOU’VE SEEN: I just did rewatches of Once Upon A Time in Hollywood, Deja Vu, and Boogie Nights. Classics.

ENDURING PET PEEVE:  The slow walkers get me.

NECESSITIES YOU NEVER TRAVEL WITHOUT ON SHOOTS:  Little lamp drapes and a candle

YOUR HOME IS BURNING DOWN—WHAT ARE YOU TAKING WITH YOU? My family and my dog and my “old fart” coffee mug if I have time to snag it.

SOMETHING MOST PEOPLE DON’T KNOW ABOUT YOU: I lived for 200 years as a dog before I entered this life.