The South Korean filmmaker on his stunt school experience, crafting action, and possibly remaking his revenge thriller The Villainess. 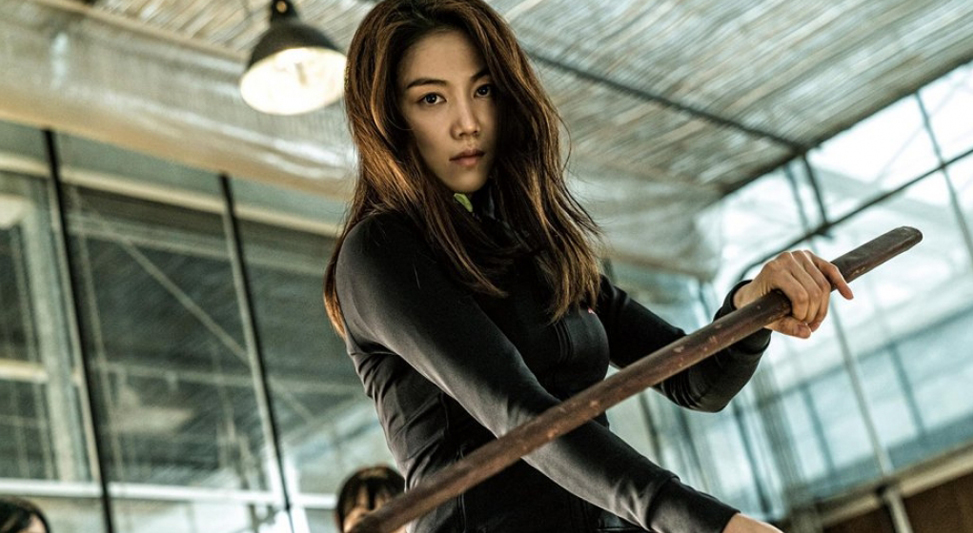 There are also talks in the U.S. to possibly remake The Villainess. I would consider directing that remake.

Beyond the action, Jung unpacks Sook-hee’s convoluted story with little regard for clarity. After witnessing her father’s murder, little Sook-hee was groomed by a gangland boss (Shin Ha-kyun) into becoming a ruthless killer. She married this man and got pregnant. When he’s murdered on their honeymoon, she becomes a fated ball of fury hell-bent on revenge. After decimating the aforementioned building of bad guys, she later wakes up to find the Korean Intelligence Agency holding her captive with a dangling carrot: If she trains with them for ten years, she’ll be set free.

Sook-hee is given a second life as a member of a sleeper cell designed to knock out top-ranking gang bosses. Over the course of her training, she gives birth to her daughter. Now released back into the real world as an undercover stage actress, Sook-hee falls for her neighbor, Hyun-soo (Sung Jun), also a sleeper agent tasked with seducing her and keeping tabs on her loyalties. Meanwhile, it turns out her gangster ex-husband—the man whose death she’s avenging at the beginning of the film—is alive after all. Did we say convoluted? It’s a word too soft to describe what this is.

The Villainess world premiered at Cannes earlier this year to a standing ovation. Anthem sat down with Jung to discuss stunt-minded storytelling, crafting action, and the film’s possible U.S. remake.

The Villainess opens in New York and Los Angeles on August 25th.

The big selling point here is obviously the action and it’s smartly marketed to its strengths. What was your overall approach to designing and choreographing the stunt work?

It was first and foremost doing something different and doing something we haven’t seen before. A lot of the designing and choreographing was in trying to figure out how to get specific takes.

We seldom see female-fronted action films in South Korea. Change starts with The Villainess, which is also finding success globally. What inspired you to tell Sook-hee’s story?

The film is called The Villainess, but our girlfriend [a Korean endearment for female characters in films] is a good-hearted person, wouldn’t you say? The title is ironic, in a way. That’s where Sook-hee’s story began. I prefer to see it as a sad love story. She’s been through a lot.

You once trained to become a stuntman yourself, didn’t you?

Sook-hee’s final rampage is punctuated by a lot of feeling because we know now that she’s someone who has lost everything. It feels like Korean films deal a lot with revenge.

That’s interesting. Personally, I don’t think revenge stories are such a big thing in Korean cinema as you’re saying. I would say that the theme of revenge is quite a universal one, so I can’t give you an exact approximation as to why it feels that way.

Maybe I have this perspective because most Korean films that I see are exported, festival films. They’re more often provocative and genre. There’s Old Boy. There’s also Kim Jee-woon’s I Saw the Devil and Im Sang-soo’s The Housemaid.

I think you’re right. For example, I made Confession of Murder, which is also a film revolving around revenge. So come to think of it, I do feel like that may be the case.

You made a documentary called Action Boys about aspiring stuntmen. What do you think are the biggest misconceptions about stunt work as a profession?

I think one of the biggest misconceptions that people have is that it’s quite a sad profession because, essentially, you’re a substitute for the actors on screen. In reality, stuntmen and women are really exuberant people who are extremely professional. At the time when I was thinking about making Action Boys, there were several documentaries in Korea that sort of depicted the profession as sad and lonely. I was wary of that perspective and wanted to flip that misconception with my film. Luckily, that documentary was well received. I took a comedy/documentary approach with Action Boys and that marked my debut as a feature film director.

I would like to verify this first: Kim Ok-bin is said to have done 90% of her stunts.

I don’t know if I should tell you that it’s correct or incorrect. [Laughs] I don’t know the exact percentage, but in any shot where you can see her face, she did her own stunts. When you don’t see her face, I would say most of that was her stunt double.

I know she trained at Action Stunt School every day for four months prior to filming, but how convinced were you during casting that she could do it?

That she was good or not good was not a concern when it came to hiring her as an actress because, even if you’re a good stunt person, that doesn’t necessarily mean it’s going to translate into good results. For example, some [actors] can get too cocky and arrogant about their abilities and that doesn’t help anyone in the long run. So that wasn’t a defining factor that I was looking for in her.

I know now that you were at Seoul Action School for a brief six months, but could you tell me a little more about your experience there? I’m very curious.

When I was young, I had another dream of becoming a soccer player. [Laughs] So one of my fondest memories from school was playing a lot of soccer with my classmates. One thing that I found really helpful at school was that I was able to get at the deep, inner feelings of the aspiring stunt guys around me. That perspective really helped me on The Villainess as well because I felt like I knew how to work with these stunt people. In turn, they understood where I was coming from as well because they knew my background. It created invaluable, mutual respect. I would ask them to try out new things that haven’t been done before and they were willing to attempt it and take the risk because we established that special connection.

With The Villainess, when you’re not tense, you’re crying. And you can see all the hard work that went into it. What was a particularly exciting day on set?

I would say that I was most excited when we filmed the motorcycle sword fight. Some people think we used CGI, but that wasn’t the case at all. We actually set up a real camera underneath the wheels. Before filming, yes, I was a little bit worried this particular sequence wouldn’t turn out like I had imagined. But when it did, it was just thrilling. That is the one scene where industry veterans who are well versed in action scenes don’t know how it was done or figure out the logistics for.

How do you honestly feel about revealing so much about the technical details such as that? Do you think it might take away too much of the mystery and movie magic?

No, I’m not particularly cagey when it comes to revealing how I’ve done things because, you know, people will inevitably find out as time goes on.

They remade your film Confession of Murder in Japan. Were you involved with that at all? Also, how do you feel about remakes in general?

I know that the Japanese remake was received very well theatrically. It was quite a box office success story over there. Had I known this, maybe I could’ve had a stake in it monetarily. [Laughs] If other countries want to remake my films, it’s nice to have that validation. I hear that China wants to buy the rights to remake Confession of Murder. There are also talks in the U.S. to possibly remake The Villainess. If I was asked to remake one of my own films, I think that could be a boring experience. However, it would really depend on who the actors are. It would really hinge on two factors: Firstly, if I were to make The Villainess in the U.S., who would be the actors? Secondly, is this for one film or would there be possible sequels? As you know, the ending to The Villainess is quite open-ended. And due to budgetary constraints, there were things I wasn’t able to do that I would love to explore with a remake if the money is there. I would consider directing that remake.