The household name and the first-time filmmaker on double lives, The Black List, and their independent gem Come and Find Me. 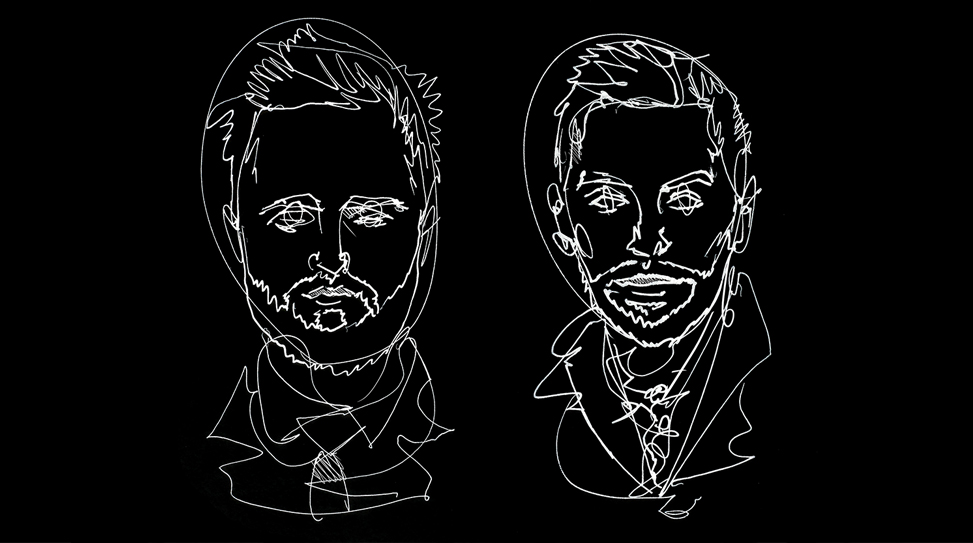 I think I still go to set feeling extremely lucky to be working. I purposely do that.

Whatever they used to feed the Whedon babies should be bottled formula. Joss you know all about. Jed has been writing and executive producing Agents of S.H.I.E.L.D. for some time now. Then there’s youngest brother Zack who already has writing and producing credits on TV shows like Southland and Halt and Catch Fire. Zack is taking his first plunge into feature filmmaking as writer/director with Come and Find Me, which appeared on The Black List in 2012. And while that’s not the most reliable arbiter of quality these days, this equal parts romance and suspense thriller is sure-footed, very charming, and occasionally sparkles with moments of emotional uplift.

For his directorial debut, Whedon recruits post-Breaking Bad Aaron Paul to play David, a thirty-something graphic designer who grows increasingly desperate after his mysterious girlfriend Claire (Annabelle Wallis) vanishes into thin air. Leading up to the disappearance, we catch alarming glimpses into the mystery that surrounds her: David finds a bleeding and shaking Claire in the bathtub. We see Claire go hot to cold, sharply, without apparent reason. Giving more impetus to David’s hardcore detective work—exchanges of gunfire, careening car chases, and some serious hands-on interrogation—is the realization that Claire was perhaps not at all who she claimed to be.

Anthem sat down with Whedon and Paul this week at The London Hotel in West Hollywood to discuss the inspirations behind their new film, the gift of Annabelle Willis, and next career moves.

Come and Find Me is in select theaters and available On Demand on November 11.

Let’s start with a tricky question. Who do you think has it worse: The person who’s leading a double life or the hoodwinked loved one who later finds out the truth? This is a long con.

Zack Whedon: It’s not too good for either of them.

Zack: To speak about Claire’s psychology, I think she has to believe on some level that, if she left, no one would care. That’s how she justifies it and that seems emotionally excruciating to me—to live in that reality. I think the most powerful moments in the movie are when you see those flashes of Annabelle [Wallis] wanting to be sincere and to be herself with Aaron, but she can’t because she has to protect herself and keep the lie going. I think that struggle is really sort of haunting and beautiful, and Annabelle does an amazing job with it. But it sucks to be David, too.

Aaron: David is really, truly, and madly in love with this girl. He wakes up one day very confused and super scared. This is a pattern in Claire’s life, but I would like to think that she really connected with him. She’s kind of forced to make that decision [to disappear].

We hear about real-life spies all the time and consider what it would be like to live that kind of existence: Two lives, having to lie to our loved ones, and maybe one day disappear.

Zack: In the writing process for David—I’m probably not as great as David is—I tried to approach his behavior from, “What would I do?” and maybe a slight extension of that, “If I had nothing to lose?” I have things to lose, but I tried to keep him human and relatable by thinking of myself in those situations. If I peered into that auto body shop and saw these guys playing cards [as in the movie], I would’ve been like, “She disappeared, I guess! I should get back to writing TV now!”

What were some of the bigger inspirations for the film going in?

Zack: Some of the inspirations were things I didn’t realize were inspirations until after the fact. The Vanishing is a movie that I absolutely adore and watch with some regularity. La Femme Nikita made a huge impression on me when I saw it around 11 and I’ve watched it consistently since then. I think there’s a lot of overlap between Nikita and Claire. But really—I woke up in the middle of the night with the idea for the opening scene in the movie and wrote it down in my notebook. If I were to read that to you now, it plays off exactly as it does in the movie. In the way that I work, I’ll have an idea for a scene like, “That’s cool. Who are these people and where does this all go?” That seed can just sit there for months or years. This was something that sat around for months and little pieces started getting added to it before it turned into a disappearance story. It all sprung from that.

The interrogation scene has so much feeling. It’s a welcome spin on the damsel in distress trope. Aaron, you’re the beautiful woman to Annabelle, the badass coming to save the day with guns blazing. The footing between romance and thriller—was it difficult to calibrate?

Zack: This is the difficult thing because they’re not always working in concert with each other. When Claire returns and you see her in her “natural” state, you don’t lose sight of the character that you first fell in love with. It’s not a complete 180. On the page, I think I overwrote a little bit, particularly near the end of the movie. There was a lot of information in there and stuff that I didn’t really care about in the editing room, as it turned out. The thing I really cared about was the personal connection and making those scenes about emotion rather than information. That was calibrated in the editing room, certainly. If this is a love story, these scenes have to be either about a lack of connection as is the case when Claire is rescuing David, or finally making that connection, which they do once they’re back home. That took some finessing in the editing room.

Come and Find Me was on The Black List several years ago. How do you end up on that list with your screenplay and what kind of traction does it give you ultimately?

Zack: It’s a result of the script being sent around town to different producers and assistants and it getting read. If a script that people love is un-produced, they’ll submit it and vote for it on The Black List or whatever. It’s hugely helpful. It gives the script a lot of attention that it might not otherwise get because people really pay attention to that list. They’re looking for new material they might not yet be familiar with. So it was a huge help to me. Not only did it get the script attention, but being on The Black List tells you that it’s been vetted by people and it’s well-liked.

Aaron: Whenever I’m sent a script, that’s always how it’s first presented: “This was on The Black List.” With Come and Find Me, my team called me up and we just got an offer come in like, “This is a Black List script.” My team had already read it, even prior to this coming to us. It’s impossible not to be instantly intrigued. You know it’s going to be at least well-written. Whether or not you’re going to connect with the story—that’s to be seen. After I read the first five or ten pages, I was just so drawn in. I really wanted to do it after I turned that last page. But I had to meet Zack first.

Aaron, I believe you knew Annabelle prior to working on this film. You also worked with Garrett [Dillahunt] before this film. How does that color your process as an actor? I’d imagine it can help you, but do you sometimes subtract from that bond to service the project?

Aaron: I don’t know… I think it really helped with these particular characters because there’s this instant sort of connection. So I think knowing Annabelle and loving Annabelle as a human really helped. On top of that, she’s so professional and comes to set swinging. She’s ready for the day, always. She brings such a great and beautiful energy to the set. She’s such a doll to be around.

You’re a well-known actor. You’ve explored a lot of different roles. Do you still get surprised?

Aaron: I don’t know if surprised is the right word, but I think I still go to set feeling extremely lucky to be working. I purposely do that. I never want to go to work and take anything for granted, so I go to work and share that excitement with everyone. It really starts with the director, producers, and the cast to create an environment. If you have an asshole director, people are going to come to work walking on eggshells. But if you have a director like Zack, who comes in so ready and focused—yes, he’s a first-time director—it creates that environment. Also, he’s such a joy to be around and so funny. It allows everybody to really shed that skin and be their true selves.

Zack, what about you? You’ve been writing for TV for quite some time, but this is your first feature out as a filmmaker. Did you get surprised by things that you maybe didn’t anticipate?

Zack: There were about ten million things and it would be boring to list them all. There were constant surprises and challenges. I was learning so much every day and it was incredibly rewarding for that reason. I don’t think there’s much that can prepare you for that experience. Every stage of it was pretty amazing, from pre-production—even getting the movie on its feet—to editing and scoring. Throughout the whole thing, at every stage, I was learning a ton.

Is writing-directing the route you’re planning to go down from here?

Zack: I want to direct many more movies. I want to put all of the things I’ve learned to good use. I’ve been writing a lot over the past six months. There are a few things out there.

Aaron: Do you think you’ll ever want to work with me again?

Zack: Yeah, if there was like this guy who works at a food truck.

Zack: No—any chance to work with Aaron I would leap at because he’s so much fun. We would have a great time. I don’t know specifically what’s next, but I want to make a lot more movies.

Are you one of those people who has a stockpile of screenplays just ready to go?

Zack: Wouldn’t that be nice? [Laughs] I do have a stockpile of scripts—in the trash can.

Aaron, I saw that you were shooting season two of The Path last month in Brooklyn.

Aaron: I actually wrapped about two weeks ago. I just got back from New York a couple days ago.

What’s going on with Android? You haven’t started shooting that, right?

Aaron: No, no. We’re heading out to Singapore in January to shoot that. It will be exciting.