The cinematographer-turned-director and her leading actress on character arc, capturing true moments, and Meadowland. 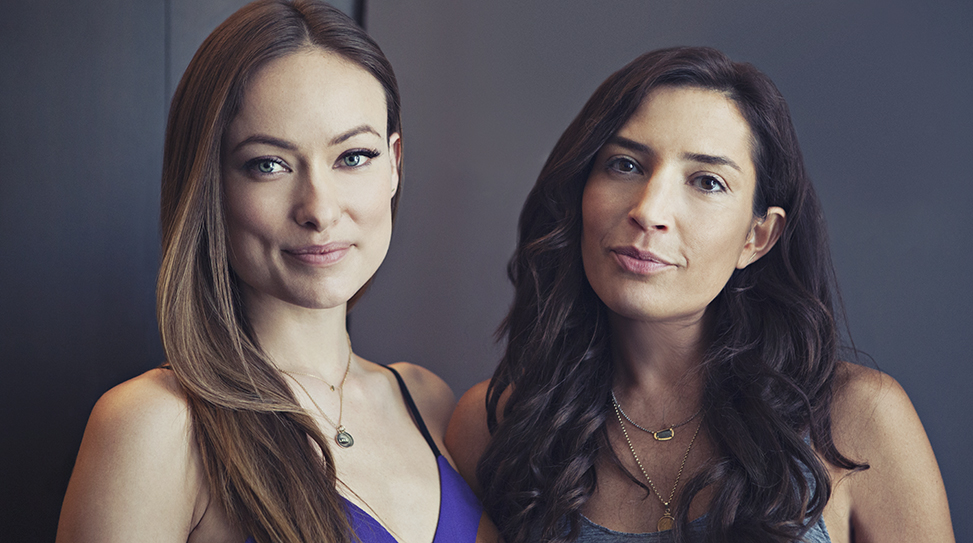 I was originally scared of the idea because that's so fucked up of me to do that. Why am I putting this idea out into the universe?

In her directorial debut, Meadowland marks new territory for Reed Morano, the cinematographer behind The Skeleton Twins, Kill Your Darlings and Frozen River, and for Olivia Wilde, who toils in a grassy field outside the Jersey turnpike, forced to confront every parent’s worst nightmare. The film opens on a fleeting snapshot of happiness when Sarah (Wilde) and Phil (Luke Wilson) are at the tail end of a family road trip with their son Jessie (Casey Walker). Stopping at a rest stop, Jessie slips into the restroom, after which he vanishes and never to be seen again.

Cut to a year later, Sarah and Phil are going through hell in their own quiet ways. While Phil attends support groups to adjust to living with loss, Sarah goes off her meds, wallowing in self-delusion and convincing herself that, not only is Jessie alive, but he’s happier elsewhere. At work, Sarah becomes increasingly drawn to one of her at-risk students, Adam (Ty Simpkins), whose odd obsession with elephants makes way for the film’s unexpected final conclusion.

In a rare, leading dramatic role, Wilde, who also serves as one of the film’s producers, delivers a deeply moving performance to reflect her character’s increasingly bad decisions so often captured in claustrophobic close-ups: the cutting, the drugs, the anonymous sex, and the kidnapping. Morano, who also serves as the film’s cinematographer, captures unraveling emotions with remarkable power and persistence, steering her cadre of gifted supporting actors: Kevin Corrigan, John Leguizamo, Elisabeth Moss, Giovanni Ribisi, Juno Temple, and Scott Mescudi.

Could you talk about the pivotal opening scene with the boy’s disappearance and how that was handled? It comes fast and it is the catalyst for Sarah’s complete undoing.

Reed Morano: I didn’t want to fall into the typical convention of: Something bad is about to happen. I didn’t want to give any indication of that, which is why we don’t really even see Jessie before he goes into that bathroom. We also didn’t have very much time to shoot it, so it was like, ‘Let’s just do it.’ My plan was to just let the action unfold and follow them with the camera. Since it was handheld, it was very easy to just move with these guys. We planned out in general terms where they would look for Jessie. I focused on Sarah for awhile, then focused a little bit on Phil.

Olivia Wilde: It was very true to life, too. We wanted to show that tragic realism where, if something bad happens and you play it back in your mind, you ask yourself what you might’ve done differently. It’s the guilt that both parents feel, thinking that they didn’t spend enough time focusing on him right before he disappeared. They were right there in the front seat, but Sarah was distracted by something else and Phil was driving. It’s a scene about real life and real parenting—a real family moment. No one is 100% completely focused on each other in those moments. As Reed said, when they pull into the rest stop, we don’t even really see Jessie because that’s how it would be played back in our minds. For me, watching it, that’s how Sarah is remembering her last moments with him. She remembers the cookies and small moments of looking at Phil. It’s blotchy. She wonders who was there and when the last time was that she touched him. I love how Reed made that choice to treat it as just another day, just another moment.

Reed: There was this thing at one time where people thought it was going to be a poignant moment with the first scene in the car, but it should be real life. It should be completely real. It’s not perfect, it’s just a regular family hanging out, driving. Some people thought it was a bit mundane, but that’s what family road trips are like, you know? I first shot the bathroom as to reveal that it’s not open, but then you’re putting too much emphasis on him going into the bathroom. People going into the movie already kinda know what’s going to happen, but doing that would really indicate it.

Why did you choose to end the film with that unique, unexpected moment for Sarah as opposed to anything else like the dire consequences awaiting her on the other side?

Reed: Because if you don’t end it on that note, with a ray of light behind the tunnel, people would hate us. [Laughs] People would ask us, ‘What will happen to Sarah after the movie?’

Olivia: It’s actually great to leave that moment up for interpretation. I’ve heard several people say that they don’t even believe that moment is real, which I think is really cool.

How did you go about mapping out the spectrum of Sarah’s emotional and psychological decline with her grieving? She really goes there.

Reed We conferred a lot before the scenes. Olivia did her homework. I did my homework. We both knew what Sarah’s pre-Lithium period was and—

Olivia: Lithium was a good marker for us.

Reed: Right after she stops taking Lithium, she was still going to be similar as if she’s still in a Lithium haze.

Olivia: For me, the first sign that something’s off, that the lack of Lithium is taking its toll, is when she says, ‘I wonder what he’s doing right now.’ Then you see that Phil knows she’s not on it anymore. Also, that’s happening at the same time the investigation is coming to a head with this suspect being presented to them. It’s this horrifying theory as to what might’ve happened to Jessie that comes to light. I think that’s the moment both Sarah and Phil spin out in different ways. It’s just unbearable at that point. So we conferred on the different stages of Lithium use and a few other markers that we created for ourselves. We sort of had a language of our own to discuss Sarah that no one else on set understood. It was the only possible way for us to keep it on track. We did want it to have a complete arc and there was a movement to it that we were both aware of.

Reed: To be honest, some of that happened in the editing, too. You have the arc when you shoot, but Madeleine Gavin [the film’s editor] and I ended up having to move some things around because Sarah does go to extremes. In the perfect assembly to the script, we realized, not that we had nailed the arc on our end, but story-wise, it worked better when certain moments were connected to other moments. In the end, I would say that a lot of stuff are out of order.

Olivia: This is the perfect example when they say, ‘When you make a movie, you make three movies: You write one, shoot one, and edit one.’ This movie was the ultimate example of that.

Setting aside the obvious fact that Sarah is the concerned teacher to Adam who’s having a tough time in school, why do you think she’s so drawn to him in particular?

Olivia: Well, he’s an outsider and she relates to that. Adam has trouble connecting and communicating, and she relates to that. I think we made a really wise choice, along with Ty Simpkins, to make Adam subtly different so that Sarah would be the one to recognize what makes him special. Everyone else had just kind of abandoned him. In no way does she see herself as his proxy mother or him her proxy son, but she connects more to him than he does to her. He’s probably the only one she wants to be around because he’s not asking her to act “normal.”

Reed, how did you end up casting your son Casey [Walker] in the role of Jessie? It creates an immediate emotional anchor for you as the storyteller, but how did you imagine that extending to and resonating with the audience?

Reed: There were the practical reasons and the emotional reasons for casting him. When I was trying to cast—

Olivia: He was the best one! [Laughs]

Reed: He was really the best one. I was really trying to avoid it. Olivia and I talked about this. I auditioned a lot of kids, but it seemed so perfect to cast Casey. Not only does Casey look like he could be Luke [Wilson] and Olivia’s son, he’s not an actor, he’s really subtle, and I know him. He’s been my muse for a long time—I take a lot of photos of him—and he’s wise beyond his years. I just thought he would be natural in front of the camera. I was originally scared of the idea because that’s so fucked up of me to do that. [Laughs] Why am I putting this idea out into the universe? I make this movie and my own son will go missing, God forbid. [Knocks on wood.] Then I thought maybe it’s the other way around, like, I’m doing this so it won’t happen to me. I also thought it’s such a huge thing to ask of these actors, in particular Olivia, who had just had a son. I know from experience that, right after you have a baby, it’s the most emotional time period. It’s such a weird time for women and that’s why postpartum happens. I’m asking so much of her and I wanted to be in it with her as much as possible. But who knows? Maybe it would’ve been better if it was a kid I wasn’t so attached to and make it emotional without having that extra baggage. Simply put, I wanted to feel what they were feeling. That’s the closest way I could do it.

Olivia: In terms of performance, the thing that I love so much about the opening scene is how natural it is. It’s hard to get a child actor to relax to that point. I thought we were really lucky to have Casey. Not only is he a good actor, but he was so relaxed. We got this real moment that kids don’t typically show when they’re performing.

Reed: To be noted, pretty much all the dialogue in that scene in the car was ad lib by the actors. We wound up, really, not using anything from the script. The only thing we used was when Casey says, ‘I’m thrsty’ and Luke responds, ‘Milk or juice?’ But then Luke added, ‘Beer?’ and Casey was like, ‘Beer…’ [Laughs] He was so on it.