The acclaimed German filmmaker on the cadence of humor, cinema that relates to parents, and her third feature Toni Erdmann. 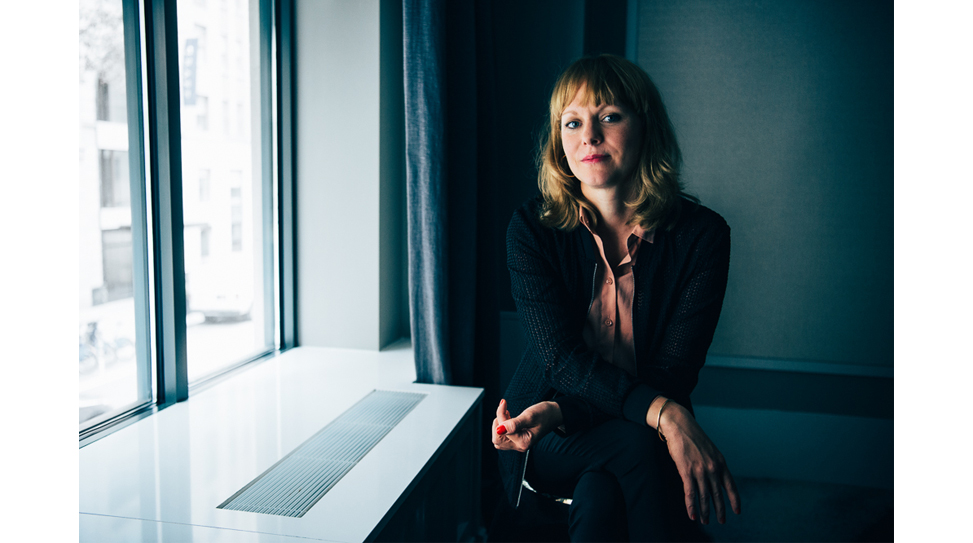 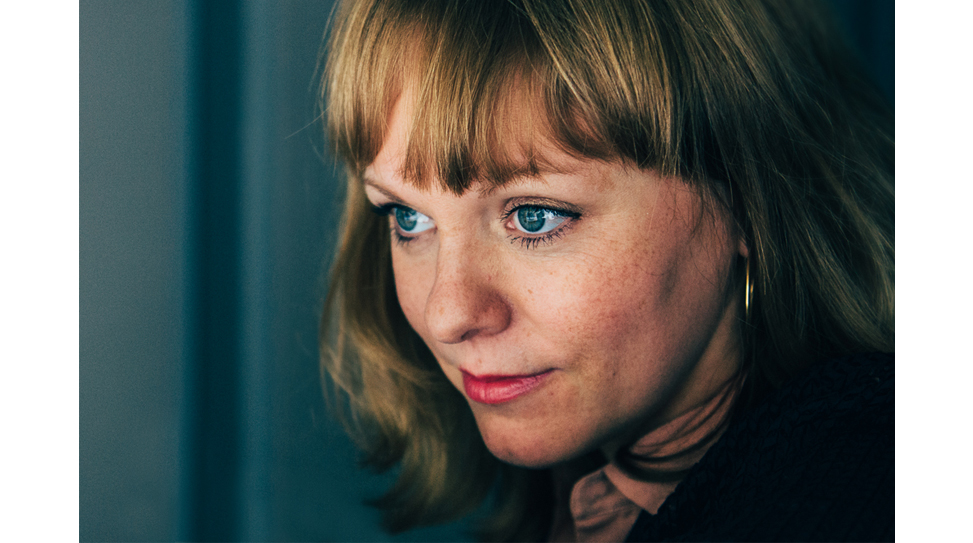 It's always interesting to try out new things, but I'm afraid. I'm always afraid to step too far outside of my own world—maybe.

EVERYONE ELSE, MAREN ADE, PETER SIMONISCHEK, SANDRA HÜLLER, THE FOREST FOR THE TREES, TONI ERDMANN

Maren Ade’s Toni Erdmann—the German writer and director’s third feature in thirteen years—is a brilliant trapeze walk of uncommon comic tone, about a prankster father going to increasingly unorthodox and aggravating lengths to reconnect with his estranged career-obsessed daughter. It feels like many films in conversation with one another, but with a kind of unity that’s rarely seen.

Shaggy and shambling Winfried (Peter Simonischek) is the father in question: An aging music teacher who exasperates in his immoderate fondness for wacky humor and practical jokes. Ines (Sandra Hüller) is his thirtysomething daughter: An icy cold and high-flying business consultant stationed in Bucharest who unwittingly becomes his next “project.” In a misbegotten attempt to reconnect with Ines, Winfried shows up unannounced at her job in Romania, in costume, and haphazardly hacks into her life. His Mrs. Doubtfire-like alter ego is called Toni Erdmann, a ludicrously bewigged man with a garish set of dollar-store teeth, variously claiming to be a life coach or a German ambassador, and spewing whatever might best throw a conversation askew. With no option but to play along to avoid further embarrassment, Ines gradually becomes complicit in her father’s fanciful charade and he’s left to loiter the precipices of her workaholic lifestyle as he strategizes a procession of ridiculous hijinks designed to blindside everyone into a complete tangle.

Beyond the film’s half-baked pranks, Toni Erdmann hints at potential for reconciliation: Reconciliation for Winfried, a man seemingly immune to the ravages of depression and loneliness, and Ines, who’s outgrown the fuzzy shackles of her relentlessly chipper father and hostage to her grown-up ideals. In Ade’s precision of Toni Erdmann, the focus is small and the scope gigantic.

How do you describe your sense of humor? What do you find funny on a day-to-day basis?

On a day-to-day basis? [Laughs] Well, I think it’s funny when something is happening and not in the way that it should be, but I can’t stop it. There are other moments where I’m completely alone and something silly will happen and I have to laugh. I also love irony. There are many different possibilities for humor because it’s a language in itself. But sometimes that can also get on your nerves, like, when someone is ironic all the time. In the film, Winfried sometimes hides behind the humor—or flees into it—as a way of dealing with something that seems too normal for him.

It has a very specific cadence. Have you found that the humor of Toni Erdmann reads very differently from place to place while you’re touring the film on the festival circuit?

That’s something that I wasn’t so sure about. I thought, “Yeah, maybe. Probably…” But if the humor doesn’t translate, that’s okay, because so much of the comedy comes out of the drama. On the sub-level, Toni Erdmann is a drama. Winfried is playing the comedy for Ines out of desperation.

This being your third feature, what was the important thing to accomplish as a filmmaker?

I hoped that I would find a project that would allow me to go outside of pure realism or naturalism or whatever you want to call it, which defined my two previous films [The Forest for the Trees and Everyone Else]. This Toni character opened the doors to new, unlikely possibilities. What happens in the film still has to seem plausible if you look at the psychology of these characters. This is something that I wanted to be precise about, and yet, it’s not very likely that what they’re doing would really happen. That was something I enjoyed and allowed my fantasy to come out and play.

This being so much about a father and daughter, what did your parents take from the film?

They’ve known about the project for a long time. They’re happy that they liked the film.

That’s an interesting way of answering that question. Were they afraid that they might not like it? And is it very important to you that your parents like your movies?

In the case of Toni Erdmann, it was really important. Although Winfried is not my father and not autobiographical, my dad likes to joke around. I was happy that he enjoyed the humor in the film. I think it’s good when your parents understand what you’re going. It’s very simple if they don’t understand the film: It tells me that they don’t understand me. One thing my father wasn’t happy with was the cheese grater joke, saying, “This is not a good joke.” [Laughs] But that was the point.

Where do you go now that this chapter is over? Do you have a fourth feature in the works?

It will be interesting. As you make more and more films, although I only have three so far, you do realize that it’s a problem to have such a specific “handwriting” and it’s something you can so easier change about yourself. I do want to broaden my scope, at least in the way that I make films. Sometimes I do think it would be nice to be able to make more films, and more frequently, but I don’t think that will happen. I do have a next project. I’m so happy that I finished Toni Erdmann.

There is always a fear in doing something so completely different and charting new territory. You seem like such a capable filmmaker. Whatever you end up doing next, you will succeed.

That’s very kind of you to say. I could maybe do something quite different and the possibilities are there, but I don’t know if I could make a good film. All the films that I’ve done so far were under certain circumstances. Between [Everyone Else] and Toni Erdmann, that was already a big leap because there was suddenly many more characters involved. It’s always interesting to try out new things, but I’m afraid. I’m always afraid to step too far outside of my own world—maybe.

I’m curious about you might do next, and maybe that will totally change after the Oscars.

I’m curious, too. And, for me, I don’t think you need to necessarily make a film unless you really need to because it’s too much stress. There are other ways to earn money. It has to be a necessity for me. For my next film, I need a full bag because I emptied that bag with this film. So, I wait.