The Girls mainstay on playing against type, Terry Gilliam’s The Man Who Killed Don Quixote, and Star Wars: Episode VIII. 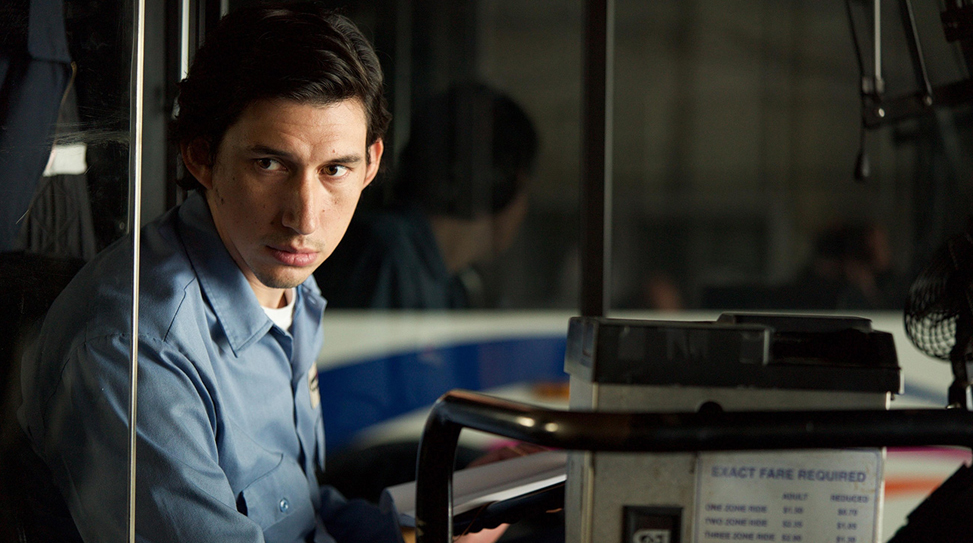 The problems I had before Star Wars are still there. I’m still aware that we’re all going to die alone. Trump could be our next president.

Adam Driver has an impressive track record and his breakout role as Lena Dunham’s on-again, off-again boyfriend on Girls is only half the story. The 32-year-old ex-marine has shown great versatility over the years, jumping from artful indies to Hollywood blockbusters seemingly at the drop of a hat. In the past five years alone, Driver has worked under the tutelage of film’s most notable giants like Steven Spielberg, Clint Eastwood, the Coen brothers, J.J. Abrams, and Jeff Nichols. Now he can add Jim Jarmusch to that expanding list with his titular role in Paterson. In Jarmusch’s Palme d’Or contender at the Cannes Film Festival, Driver plays an unassuming bus driver whose happiness rests entirely on his structured life, happy marriage, and poetry.

You’ve been very open about how you don’t watch your own movies. You haven’t seen Star Wars: The Force Awakens?

I watched that, but I wanted to see it because of the spectacle. Also, when you’re fighting with 3D sticks, you want to see it realized. But it was a mistake watching my own movie. I’ll probably try to never to do that again.

But you walked the red carpet yesterday for Paterson. You didn’t stick around?

I walked the red carpet and left. They told me it would look really weird if the lights came up and I wasn’t there, but I left and then came back for the end. I always feel like I can handle watching myself, but then it’s months of depression when I do. You just become very self-aware.

Isn’t that problematic? You can’t watch one of your favorite director’s films now.

It is! But I was there shooting it, so I enjoy the process. I know what happens. I enjoy the idea of working with Jim way more than seeing the end result. I got the front row seat. I think I would just fixate on the mistakes if I watched the movie. You would have to watch it three to four times anyway to really look at it objectively and that’s just another realm of egotism.

Was it jarring to go from playing Kylo Ren to an introspective bus driver in Paterson?

The departure didn’t seem so extreme. The spectacle of Star Wars was obviously very big, but the moment-to-moment stuff that you find in independent films were still there. The catering is better on one than the other, but both films felt very independent to me.

What was it like to wheel around a bus for the first time?

It was a three-month bus coarse to drive in those two or three scenes. When there’s something physical I can hold onto as an actor, it gives me the illusion that I have control. I didn’t want to get to a point on the bus where I didn’t know what anything was or did. It occurred to me that Paterson would know it so well that things would just become habit.

Paterson is also an unpublished poet. Did you know much about poetry going in?

I was very ignorant when it comes to poetry and it wasn’t a part of my upbringing or culture in Indiana. Language wasn’t really emphasized growing up. I just didn’t understand the value of language until I went to acting school probably. Paterson really opened me up to poetry. I hadn’t known about Frank O’Hara’s Lunch Poems or William Carlos Williams. Jim knew so much about it that it was a great way to learn through him.

Your character’s life is defined by his daily routines. Could you relate to that at all?

I’m very much a creature of habit, mostly around food. I’m aware of the kinds of food you’re supposed to eat, so I’ll just eat that every day. If you’re supposed to eat broccoli at noon, I’ll eat broccoli at noon every day. My wife is the opposite because she’s very much inspired by life—not that I’m not inspired by life—and likes to try new things.

We catch a glimpse of Paterson’s portrait from his Marine Corps days in the film. Was that pulled from your personal archives or made to be a prop?

It’s a real portrait of me from my Marine Corps days. Jim didn’t want to explain it further to the audience. For me, it highlighted the way people tend to put people into boxes like “this guy’s a bus driver so there’s no way he can be a poet” or “this person’s a Marine so there’s no way that person could have any artistic sensibilities.” I think Jim was just trying to break up the stereotypes, which I loved. I’m always sensitive when it comes to military characters and how people in the military are portrayed in film. Paterson is a bus driver who once happened to be a Marine and writes beautiful poetry.

You said it was a patriotic decision when you joined the Marines. Will you still be patriotic if Trump becomes president?

I’ll always be patriotic. Trump will never take over. I’m sure of it.

Does the thought scare you?

Of course! It scares the shit out of me. It’s also embarrassing. In no way do I think it’s an accurate representation of what the American ideal is. It’s sad. Next question…

What did you find striking about Jim Jarmusch?

I can’t overemphasize enough just how much he loves the people he works with. It’s in his DNA to collaborate. Jim was the most exciting thing that made me want to do the movie. It’s rare to play someone whose main objective is to simply observe and listen.

Don’t most directors love the actors that they work with?

They don’t always like me! That’s not my experience… Jim’s just more overt, I guess. He’s really funny. He does spot on impressions of everybody he’s worked with like Roberto Benigni and Tom Waits. It’s some of the funniest shit I’ve ever seen in my life.

Jim Jarmusch scored Paterson himself. Are you a fan of drone music?

I heard it for the first time when we were walking the red carpet. In that setting, it seemed like we were sacrificing a goat or something. I’m sure it’s beautiful in the movie. It was just strange walking to it in this formal setting. I have no doubt it’s all good.

Jim Jarmusch, Star Wars, and Girls have a lot of currency in pop culture. Are you proactively searching out these kinds of projects?

I wish I had more control. I’m very lucky to have worked with the people I’ve worked with, but I never would’ve imagined any of this happening. I have no game plan other than to hopefully continue working with really great directors.

News broke during Cannes that you’ve officially signed on for Terry Gilliam’s The Man Who Killed Don Quixote. Is it real?

It’s real! I play Toby, but that’s all I can say. He’s been trying to make it for a long time.

Were you already a fan of Terry Gilliam?

He was at the top of the pyramid when it comes to the directors I would want to work with. He’s like “well, what do you think?” and I’m like “I was just here for you to tell me what I should do.”

Has Star Wars changed your life in a really big way?

As far as fame is concerned, yeah. Those movies are so cross generational. I’d say that it makes finding inspiration a little difficult because your job as an actor is to be a spy, and to experience and fail and do things wrong and learn from that. When you’re suddenly the one everyone’s looking at, it’s kind of hard to disappear and be the voyeur. But as a person, I hope nothing has changed. The problems I had before Star Wars are still there. I’m still aware that we’re all going to die alone. Trump could be our next president.

What can you reveal about Star Wars: Episode VIII?

It’s similar to how The Empire Strikes Back is very much the same language but a different tone from the first one. I would describe Episode VIII as being in that vein. Rian Johnson is such a good filmmaker and so smart. The script he wrote is so tight and active. I’d say it’s darker, but it’s hard to really pin down since we’re piecing it together now.