The filmmaker on Rooftop Films, working with friends, and creating drama around the Thanksgiving table. 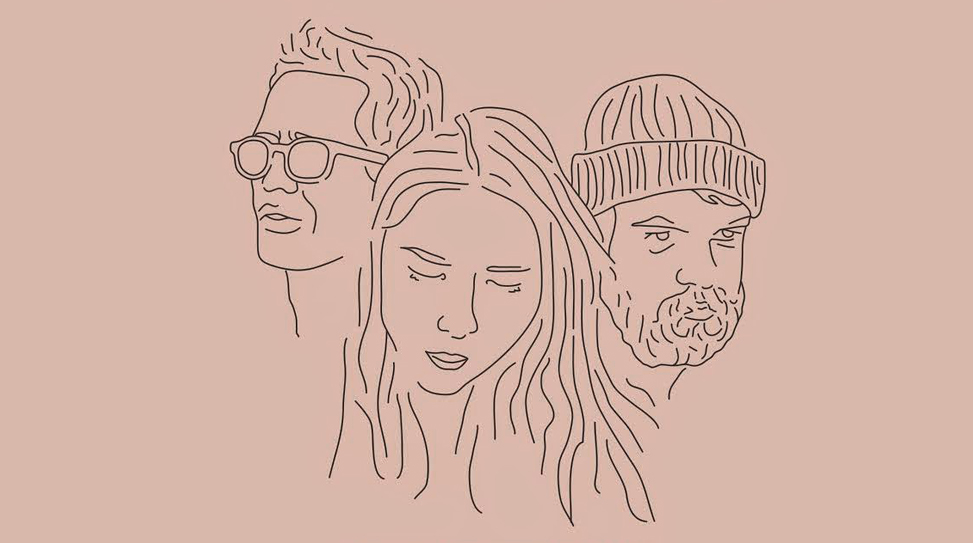 I don't think this film supplies anyone with answers—it's entertaining questions.

Thanksgiving is a holiday marked by family, friendships, and gratitude for the ones we love and the things we have, but in Adam Newport-Berra’s Thanksgiving, the titular holiday gets a dramatic spin when a Millennial Brooklyn couple faces some unexpectedly dark challenges. The film, which takes a naturalistic approach through its use of handheld cameras and tight closeups, follows the live-in relationship between Amy (Samantha Jacober) and Alex (Benjamin Dickinson) over the course of the holiday weekend with the arrival of a surprise guest—Amy’s shaggy, defiant brother Will (Matt Chastain). As Alex and Amy’s budding love looks to take the next step, the antithetic lifestyles of Will and Alex lock horns, putting the couple’s relationship to an unwelcome test.

Anthem pulled Newport-Berra aside for a conversation at the Rooftop Films-supported world premiere screening of Thanksgiving on July 3, which was preceded by a musical performance from extraterrestrial comic Reggie Watts, who also makes a small cameo in the film.

How did the premise of Thanksgiving come about?

I’ve been working on this film for about three years. It really just began with the desire to make a movie. Making a movie is obviously difficult, takes a lot of time and resources, so I wanted to be able to collaborate with my friends who I knew I could trust. And I wanted to do it on a scale that I knew was manageable without really having to wait years to get it financed. I wrote a script based around a setting that I really love, which is Thanksgiving, and it’s something I celebrate with my friends every year. It’s a time when we all gather around and become very honest with each other, and honestly, get a little sentimental. It seemed like a perfect place to create some drama. I have a lot of friends who are into filmmaking and acted in a film I shot called First Winter. Not all of them, but a lot of them, signed onto help out on this one. Even the director of that film, Ben Dickinson, stars in Thanksgiving. Matt Chastain, who’s also in the film, sat down with me to help develop the script. I wanted to make a film about family, friendship, commitment and what it means to be a young person in New York City trying to figure out what’s important. Each character, in a way, represents different perspectives that I have on life in New York City. 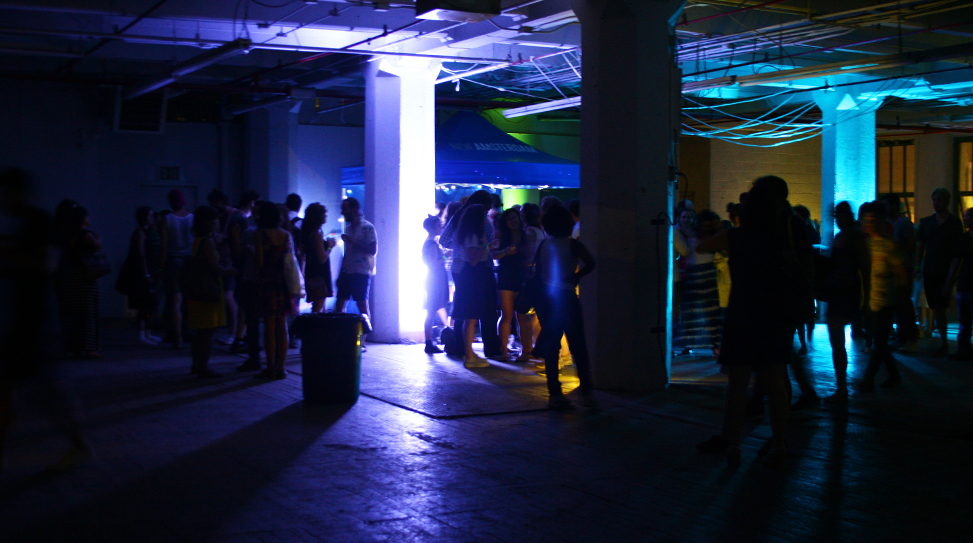 I did want to ask you about Ben specifically because I remember him coming out with First Winter. When you bring someone on board who perhaps doesn’t have a traditional acting background, how does that change your collaborative process?

It does change the process. You have to trust the person you’re working with and they have to trust the director. Working with non-actors is always a gamble, but some of them are more natural than professional actors that I’ve worked with because maybe they have nothing to lose and it’s not their profession—it’s an experiment. It can be really fun and interesting because they come at it from a completely different angle, but at the same time, they have to trust that the director is going to help them through it. For me, it was about making the actors feel comfortable and creating a collaborative experience. I never felt like I was ever forcing anything on anyone where it didn’t feel natural to them. Sometimes, obviously, we were doing uncomfortable scenes and I’d have to challenge them to go certain places and be okay with that. My greatest challenge was toeing that line of putting the pressure on them to perform, but also being open to their interpretations. Working with Ben was amazing though. He’s one of the most brilliant filmmakers I know. He has such good instincts and he’s always ready to rethink a scene, a line or a dialogue. He understands drama and comedy. We have a really similar sense of humor. This was my first film and he’s been directing much longer than I have, so he brought a lot to the table when I felt like I was falling short on something. I was also shooting the film, so there was a lot going on.

Ben was like your second pair of eyes almost.

In a way… In some respects, he didn’t want to totally do that just because he was so serious about playing the character and he was so into his role. He couldn’t always be there for me. I also think he wanted to challenge me. He wanted me to go through the process. It’s incredibly challenging. At a certain point, you have to let a person go through that process in order for them to understand it. It was really eye-opening. It’s sometimes terrifying, but also really fun.

What about someone like Reggie Watts? How did he get involved?

Honestly, Reggie has a very small role in the film and it’s basically a cameo. Reggie’s a friend of ours and he added an interesting element to the film. He was great to work with because he’s so spontaneous. I didn’t give him much dialogue or direction and just let him do his thing. We obviously shot way more than we needed, but it was super fun to work with Reggie. 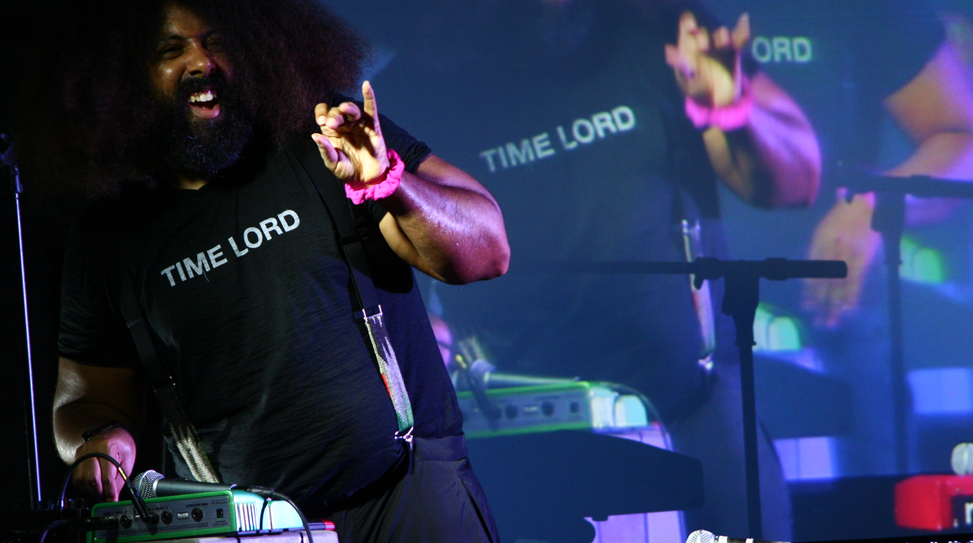 How much room did you leave for improv in general? Was the film heavily scripted?

The entire film was scripted except, every day before we shot a scene, we sat down, read through it and basically rewrote it. Each actor would bring their own instincts and voice that felt right and what didn’t. As we were filming, everyone started understanding their characters more deeply, so they would figure out things that didn’t make sense to them and question me. We would literally sit down and rewrite a scene and rehearse before shooting it. So we got to workshop and it was very much like how John Cassavetes made his films, which was about having a framework but always questioning everything to make it better. I think that process worked out very well. At the end of the day, all the actors contributed a lot to the script. Samantha [Jacober], who plays Amy, had a lot of say in the script and helped me write it and constantly pushed the story to make it stronger.

Were your collaborators pretty much locked in the beginning stages then?

We sort of wrote the script with Samantha in mind to play Amy. She had some input, but she also wanted to let us do our thing. I think she wanted to dive into it once it was fully hashed out. She certainly had a lot of creative input, but I think she was also excited to have a character created for her. Ben had some say in it, but it was really Matt Chastain who really developed the script with me to figure everything out. 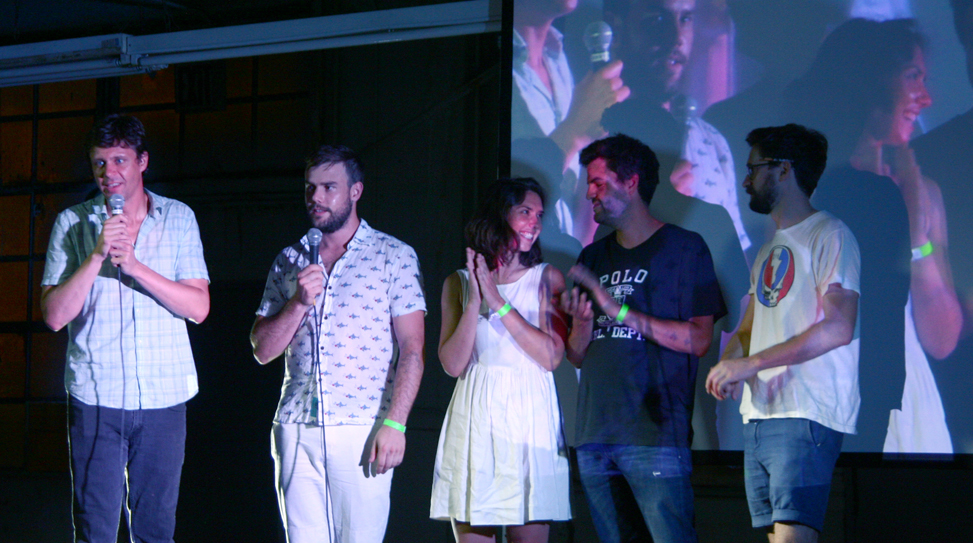 This is the world premiere screening of Thanksgiving tonight.

How did you end up partnering with Rooftop Films for this event?

I’ve been trying to figure out what a good venue would be to premiere the film and it just so happens that we shot the film ten minutes away from here. I always wanted to premiere it in New York City so all my friends and family can be there. Rooftop is the perfect place to do that and they happened to be accepting submissions for films when I was ready to start submitting this. We were able to fit it into the schedule and it all worked out.

What do you hope the audience takes away from watching Thanksgiving?

I hope that it excites discussions in people. I love creating characters and relationships that people don’t know how to feel about. What I love most is when people watch the film and love certain characters more than others, while hating certain characters that other people love, if that makes any sense… The characters are divisive and I find that really exciting. I didn’t want to make a film with obvious “good” guys and “bad” guys. I wanted to show the complications of everyday life. Sometimes you think you make decisions that are right, but in reality, they might not be. I don’t think this film supplies anyone with answers—it’s entertaining questions.