Alex Wolff Is Raising the Stakes

The gifted actor on his directorial endeavors, Nicolas Cage’s good advice, and reconnecting with Maya Hawke on Human Capital. 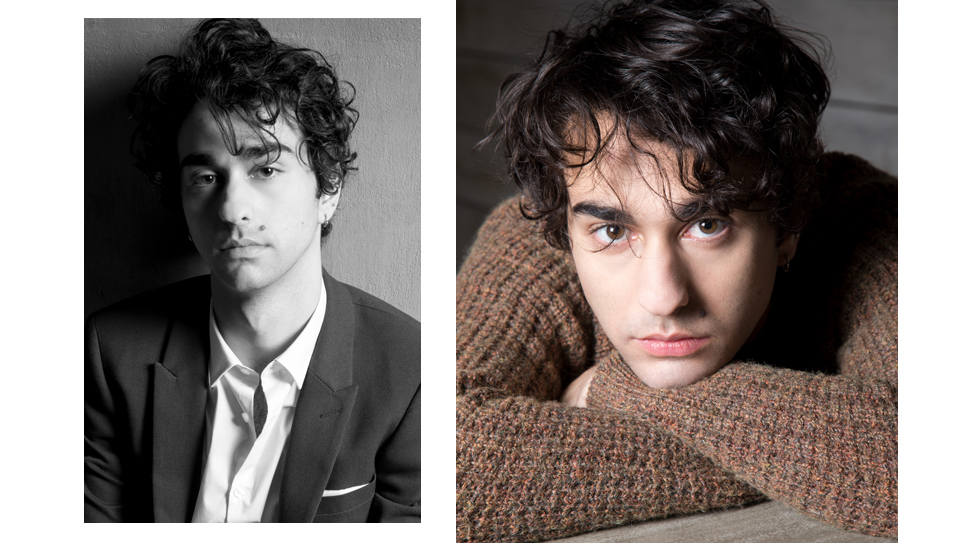 If you spend the day feeling like you messed up so much and you didn’t amount to what you wanted, I think that’s the sign that you’re doing something right.

In Human Capital, Marc Meyers’s English-language remake of 2013’s acclaimed Italian film by Paolo Virzi—both based on the same-titled 2004 American novel by Stephen Amidon—the lives of two New York families collide and intertwine following a shady business deal and a fatal hit-and-run accident that claims the life of an innocent bicyclist one night on a winding road.

Broken into three distinct chapters—switching between perspectives in a Rashomon-like narrative structure—the film orbits Drew (Liev Shreiber), a real estate agent who hastily invests with Quint (Peter Sarsgaard), the wealthy operator of a high-risk/high-reward hedge fund; Carrie (Marisa Tomei), Quint’s wife, who wants to use her family’s money to save a heritage theater from development; and Shannon (Maya Hawke), Drew’s daughter, who begins dating Ian (Alex Wolff), a troubled teen known for drug dealing who gets tangled into the mess they all weave.

Wolff, who previously wowed audiences with his totally game performance in 2018’s Hereditary from Ari Aster, wears a thick jacket of affected angst in Human Capital, which comes on the heels of 2019’s The Cat and the Moon, the 22-year-old’s feature debut as writer and director, in which he also stars as another troubled teen running around New York City in search of belonging.

Human Capital and The Cat and the Moon are available On Demand and Digital.

Although Human Capital and The Cat and the Moon weave entirely different stories, maybe there’s a through line in the characters you inhabit. Do you see a connection between them?

I think those two characters are kind of opposites in some ways, in how they cope with similar circumstances. With The Cat and the Moon, for me, Nick is someone who wears it on his sleeve—his pain and the way he greets the world with an open heart. He wants smiles and he’s looking for a good time. With Human Capital, Ian has barred himself off. He’s closed off in an opaque way, and I think he tests people. He tries to be as nihilistic and removed as possible. I think he puts people in positions where they have to impress him, you know? I think there’s some rage in there also, but he’s dealing with it in the opposite way to Nick who wants to have fun and wants to be good, and just so happens to have this rage problem where things explode. Nick is almost like a big ball of insecurity. Ian is the exact opposite: He is self-hating and doubts that the world has any interest in him. Ian kind of likes causing pain, or at least that’s what he wears on his sleeve. Then on the inside, Ian’s also kind of chaotic. I like these opposing ways of handling maybe certain similar aspects of grief. In that respect, they explore polar opposite ends.

We all know how good you are at exploring grief on screen. Like for a lot of audiences, your performance in Hereditary floored me. You’re an incredibly reliable actor, and Human Capital was actually my first time seeing Maya Hawke in anything. You have wonderful chemistry. It was interesting to read that you had gone to pre-school together.

We were friends—we just weren’t as close as we were after this movie. We were in sort of different social groups. But we were both in the same city, her parents were friends with my parents, and I was friends with her. When we were gonna go work on this movie together, we totally reconnected and totally fell back into fun pre-school patterns.

You had previously worked with Marc Meyers on My Friend Dahmer. Did that directly lead into your collaboration on Human Capital?

It did. Marc and I had stayed really good friends. I was lucky enough to be the first one to sign on to this movie. I read the script really early on and said to Marc, “Listen man—sign me up.” I didn’t need a formal offer or anything. I told him, “Just put me on this movie,” and he said, “Okay.” [laughs] He surrounded me with literally the best American actors we have.

Marc’s movie is a remake of an Italian film, which was adapted from a book. Did you go back to the source materials in your preparation? It’s a curious thing because sometimes directors discourage actors from looking at anything outside of the immediate screenplay.

That’s a good question! I don’t know what Marc wanted. He wasn’t as interested in it, which I found kind of brave. I think Oren Moverman, the writer, really was a slave to that first movie in terms of watching it a million times and making sure that he didn’t screw anything up. Then it was sort of Marc’s job to break that and make something totally different. As for me, I did watch the movie and I did read the book, and I did as much research as I could. But I did find that I really had to honor the script and I really had to honor Maya and I had to honor Marc and I had to honor Ian more than any other past material. The best compliment I received was when the author [Stephen Amidon] came up to me at Toronto [International Film Festival] and said, “Hey, I wrote the book and, oh my god, this is exactly how I pictured the character!” He was actually floored. He said, “It’s like you took him from my brain.” That was the nicest compliment.

From what I can gather having read up on you, I love the way you bundle up in the vast and immediate influences around you such as your mother, Polly Draper; your jazz musician father; Noah Baumbach, who I understand is also your neighbor; and past collaborators like Peter Berg. You inject all of that into your craft on this filmmaking journey. You can only benefit from doing that.

You really did your research! I think I’m benefitting every day from the forces around me. I’m this really lucky person who has these really amazing people around me. I’ll just quote Nic [Cage] and tell you what he told me. So we did this scene in the movie [Pig, due in 2020] very early on and it was our first big scene together. I was just so nervous to do it with him. I felt like I just blew it like, “Ugh! I didn’t feel good about that scene at all,” and I didn’t want to make it about me. Later in the day when we had done another scene that felt better, I asked Nic, “Do you ever feel bad after doing a scene?” and he said, “Duh! I think the best feeling—besides knowing you’re doing something right—is when you spend a portion of the day after doing something that you looked forward to for a long time kind of self-lacerating.” Basically, if you spend the day feeling like you messed up so much and you didn’t amount to what you wanted, I think that’s the sign that you’re doing something right. Only because in terms of the people I look up to, they feel the same way, and the people I don’t look up to sometimes don’t feel the same way and are sort of sheerly satisfied. That was good advice for me. Now, if I feel really shitty about something, I see it as part of my—I hate the word “process”—way and part of coming around to feeling like I know what I’m doing. It’s about allowing myself to go through a phase of really hating what I’m doing to get there.

It seems like you guys really clicked. I would wager Pig won’t be the last time we see you working together.

Is there another script you’re shopping around to direct?

Well, we’re not shopping it. Nobody in the industry is like, “He’s shopping it around!” [laughs] We’re just trying to find a way to get it made. That’s really tough. It’s the hardest part of the process, and it takes luck. Send good vibes our way!