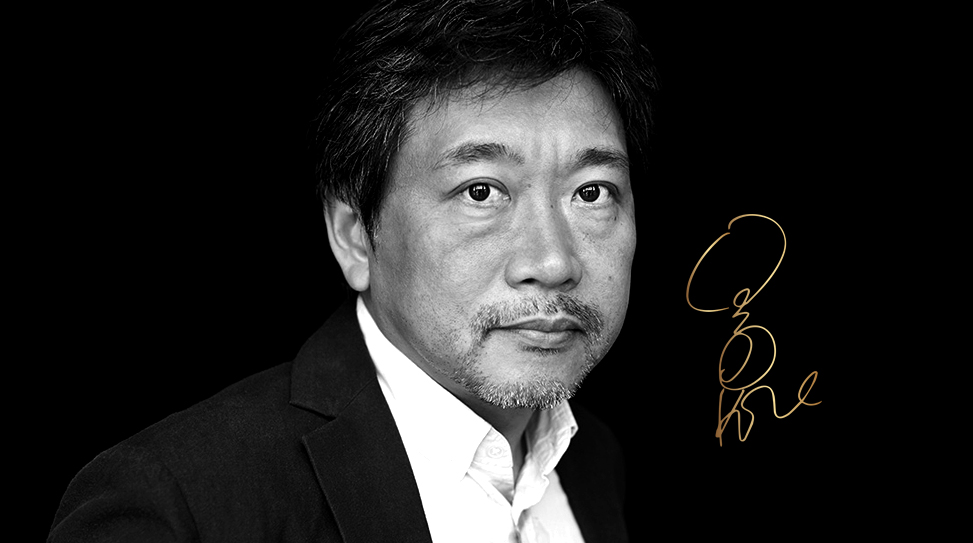 That choice or that ambiguity between the cruel truth and the kind lie, that is in itself part of directing. You have to use both.

As the story goes, Juliette Binoche had been urging Hirokazu Kore-eda to work with her for years, until inspiration finally struck the Palme d’Or-winning filmmaker on his flight back from Paris to Japan in 2018. Kore-eda’s latest film, The Truth, was spawned from a theater script he started writing in 2003. He determined the story would now be set in France, which would also see him return to his favored narrative territory observing complex family dynamics. Shot with an entirely French crew and hoisted by his acclaim, The Truth is the first non-Japanese film written and directed by Kore-eda outside of his home country starring an international ensemble.

Denueve gives a bravura performance as Fabienne, the grand dame of French cinema now in her 70s—basically Denueve, which makes it very convenient that she’s played by Denueve. On the eve of publishing her memoir, Fabienne plays host to her screenwriter daughter, Lumir (Binoche), and TV actor son-in-law, Hank (Ethan Hawke), on their visit from New York in Paris to celebrate her milestone. Tensions run rife between mother and daughter as they try to mend their relationship forged from a rocky past filled with pain, heartbreak, and confrontation. Meanwhile, Fabienne also struggles to reconcile her luminary screen career with her present-day “bit part” in an indie sci-fi production. On life’s final stage, Fabienne resolves to come to terms with the truth.

The Truth opens in select theaters in July 3rd.

At the Toronto International Film Festival last year, you said something that I find quite revealing to the audience: Usually when filmmakers are asked where the idea for their movie came from, they’re not really telling you the truth. Why do you think that is?

Of course I can’t speak for other filmmakers, but in my own experience, over the course of many press interviews like this, I’m able to make some kind of a rational narrative about the origins of a film. But the truth is that, certainly for me, the origins of any given film are a little bit more murky and not so clearly defined.

In The Truth, we witness Fabienne constantly at battle in pondering about the quality of movies and the quality of acting. One thing she seems really clear about is that what good movies have is poetry. Where does your poetry come from, and do you think it’s something you can learn as a filmmaker?

I have a feeling that whatever the medium, whether it’s film or any other form of expression, I’m not 100% sure that a poetic sensibility is something that can be taught. That’s why it’s difficult, because it’s actually something that can’t be taught and learned.

At one point, Fabienne somewhat hyperbolically says that you only need two main qualities to live. Her lover’s sincere manner of admitting fault is one, for instance. Having worked with her, what do you find is Catherine Deneuve’s main quality as an actress?

She has innate musicality. All she has to do is start walking and you can hear music. She also incessantly hums. [laughs]

Even though there is the obvious language barrier, you’ve previously talked about the importance of rhythm, which seems to bridge that gap quite persuasively beyond the text.

Yes. With her performances, she’s so gentle and agile, especially in the way she expresses emotions on her face. Basically as soon as she begins a take, I can tell how it’s going to go. Before I have a chance to say it’s a good take or not, she’ll tell me.

In the film, as in life, we’re often given the choice between telling a cruel truth or a kind lie. How do you relate to that when it comes to your line of work as a filmmaker?

I think that choice or that ambiguity between the cruel truth and the kind lie, that is in itself part of directing. You have to use both.

I understand you once asked Catherine Deneuve and Juliette Binoche what they thought acting truly is. What did they tell you, and what did you find surprising or maybe not so surprising about what they had to say?

Catherine Deneuve doesn’t actually talk about what acting truly is so I can’t say anything about her. In terms of Juliette Binoche, she was quite clear from the beginning that she believes acting is not lying. It’s actually closer to an act of faith for her in which you act in order to have the audience believe that something is true. So in that sense, it’s literally make-believe, and I always found that very interesting.

It was Ethan Hawke who shared with you his belief that, even if you don’t share the same language, you can make a movie together as long as you share the same vision. What was the vision you all shared on this particular film?

It’s a difficult question. But what I kept telling everyone involved was that we were interested in where and how this film would end up. At the end where they’re all walking in the garden together and looking up at the sky—Fabienne talks about how much she loves the Parisienne sky in winter—it’s not of course as though everything among all the characters have been resolved. There is a clear shift in atmosphere from the beginning to the end of the film, and it’s about everybody’s sharing and understanding of how they would be walking together across the garden at the end. That was the shared vision.

Speaking of that final moment, it’s clear that Fabienne has experienced a moment of clarity. She summons back the journalist who had interviewed her at the beginning of the film because she now has an answer to his James Lipton question: What would you like to hear when you arrive at the pearly gates? But you don’t reveal what Fabienne has in mind.

Yes. That’s up to the audience to think about.

What would you like to hear at the pearly gates?

[laughs] Well, I watched as many of the Inside the Actors Studio as I could that’s available on DVD in Japan and I think it was Paul Newman who said, “What I would like to hear at the pearly gates is God telling me, ‘I made a mistake. You’re not on the list.’”

Is the thought of writing a memoir interesting to you?

I have yet to write a memoir per se, but I have published several what you would call production diaries that I kept while making a given film. I don’t think I’m at the memoir stage yet. Talking to Catherine Deneuve, the range of directors she has worked with like Truffaut, Jacques Demy, and all these names just come naturally flowing from her. Perhaps when I reach that status, it might be time to write a memoir.

Did you keep a production diary on The Truth?

When we got on the phone last year to discuss Shoplifters, you were already 10 days into filming The Truth. You had said, “I still have a long journey ahead of me.” In those early stages, what did you guess would be most challenging about making this movie, and now looking back, what was in fact the most difficult?

The filming on set actually went quite smoothly. It was the editing that was tough. It was very intuitive judging the emotional tenor of a performance on set, even though I don’t speak French or English. But lacking those language skills, it’s very difficult to judge edit points in the editing stage. There’s definitely a native feel for where you can cut a sentence and where you can’t. So the editing took a lot longer than I anticipated.

You’re known to edit while you’re shooting. Were you able to do that on a film like this?

Yes. I maintained my same approach to filming during the day and then editing those scenes and rewriting the next day’s scenes. At first Juliette Binoche was resistant because she said it made it tough to learn her lines, but she finally surrendered to my approach. Catherine Deneuve doesn’t even look at the script until she gets to the set that day so I doubt she even knew that I was rewriting as we were going along.

There’s an idea that resurfaces throughout The Truth, that you can’t trust memory. Fabienne tells Lumir, “It goes to show you memory can’t be trusted.” This was important to you.

I would say that if there is a specific theme to the film, it’s that you can rewrite memories, and I don’t actually mean that as negative that you can’t trust memories. I wanted to explore the positive side, that you can rewrite memories in the sense that as you mature and grow older, it’s possible for various relationships, whether it’s between Denueve and Binoche, mother and daughter, or memories of Sarah [Fabienne’s deceased sister in the film], that those kinds of relationships can be reevaluated and reprocessed in order to grow and change for a kind of restoration. So I didn’t think of it as negative for this film.

What are you thinking about for your next film? Will you stay close to home or go abroad?

I haven’t settled on a specific project yet. I’m developing a couple of ideas that unfold in Japan and also one in the US. I am interested in working abroad again. That’s where the stage currently is.