Christophe Paou is the scariest man in cinema. A sit-down with “the stranger by the lake”. 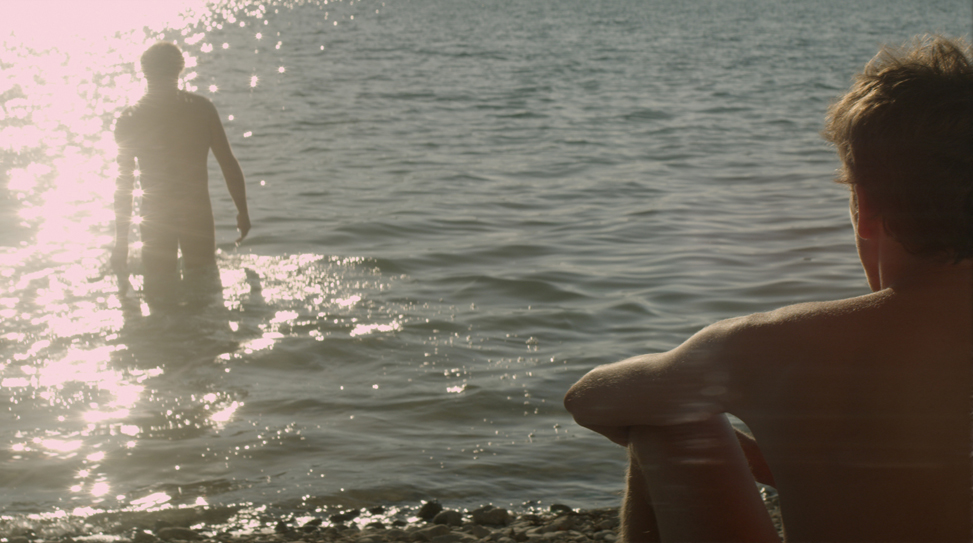 As for queer cinema, I don't like that kind of categorization. Films and the stories we tell are meant to be universal. Do we watch something that's straight cinema?

Christophe Paou goes far, way further than any actor we’ve ever witnessed on the big screen. And we’re not just referring to the graphic, sexual nature of his performance. He’s really menacing, but not in the usual knife-wielding, masked killer kind of fashion. He’s so pitch-perfect in this role of a killer that you’d think it was written specifically for him. The French actor admits that he wanted to act since the age of 5, but out of fear, he became an assistant director instead. As the story goes—hopefully—acting later became a personal necessity and he pursued it head-on.

Trained in theater and with a long list of films under his belt comes Alain Guiraudie’s Stranger by the Lake—Cannes’ Best Director winner in the Un Certain Regard sidebar—in which Paou plays the said stranger, the scary man in question. We already gave too much away, so here’s a purposely vague synopsis provided by the aforementioned festival: “Summertime. A cruising spot for men, tucked away on the shores of a lake. Franck falls in love with Michel. An attractive, potent and lethally dangerous man. Franck knows this, but wants to live out his passion anyway.”

The majority of the audience didn’t seem to know that you were giving a post-screening Q&A. It was quite an excitable crowd when you walked out.

I’m curious as well. I sort of knew what to expect going in after reading a couple reviews, but I don’t think the gentleman sitting next to me was ready for it—at all.

[Laughs] It’s certainly one of Alain’s more radical films. His other films are more subdued in terms of depicting homosexuality. Homosexuality is always present in his work, but it’s shown in a more amorous way. With Stranger by the Lake, Alain is at a point in his life where he doesn’t feel the need to censor himself and explore new territory. In cinema, we don’t usually depict sex like we live it in real life. We suck cock and lick pussy. [Laughs] Let’s tell it like it is. It’s part of being in a relationship. When I first read the script it seemed much more pornographic, but it wasn’t his aim to just shock. And if you’re wondering, we had people doing stunts for us.

It actually felt kind of improvisational. We had one week of rehearsals for the entire movie, so we didn’t spend a lot of time doing that. If your character is having sex, you have to feel like you’re having sex as an actor. It can’t be something like, “Put your hand here. Now put your hand over there. Stick your tongue down his mouth. One, two, three, four…” You have to feel something, right? Alain maybe asked for specific sexual positions for framing and variety in his direction, but we were free to do what came naturally outside of that. It was necessary for us.

We know virtually nothing about these characters outside of what goes on at the lake. How does that affect your process in building a character?

I did ask Alain questions at the beginning like, “Why am I killing him again?” And he wouldn’t answer. [Laughs] It’s not written in the script to begin with. Not knowing made me act and feel in the now and the present. When I drown my lover, I wasn’t thinking, “I’m killing him because I’m jealous.” I saw Michel as very childlike. He’s incredibly impulsive and acts on his feelings in the moment. When Michel stabs the detective, he doesn’t then go running into the woods screaming, out for more blood. He doesn’t think before or beyond what is happening at any given moment. In the following scene, you see Michel calling out to Franck as if nothing happened!

I think that’s the most unsettling thing about Michel. You don’t know where he is mentally. When Franck finds Michel and Henri in the bushes, you don’t know whether they’re fucking or in a death match.

Yes! Again, what’s important is the concept of now. On this film as well as in theater when I work with a company, we’re working in the present. The audience is different each night, but so are we as actors. It’s not radically different each time because we’re working on the same material, but you can’t repeat the same performance over and over even if you tried. Most of my questions were aimed at the sex scenes because it’s reasonable that an actor would be very concerned about how that will be handed. It also had a lot to do with making adjustments to synchronize our own creative process with that of Alain’s brand of cinema.

The lake is very much its own character. Do you find it helpful shooting on location?

It’s important that the characters feel at home. Shooting on location helps tremendously because it requires less imagination. When you work in a studio or in theater especially, your imagination has to break through walls. On top of that, we were lucky to shoot in such a beautiful location.

Where is this lake?

It’s just north of Nice, just 150 km away. It’s between Nice and Avignon.

Pierre [Delandonchamps] told the audience at the Toronto International Film Festival that you guys shot an alternate ending. Is it very different?

Before shooting what you saw in the final cut, Alain decided he didn’t like it and we shot a version you haven’t seen. We all have our own opinions about what works better. In the alternate ending, Franck calls out to Michel and they come face-to-face, so close that you don’t know whether they’re going to kiss or Michel’s going to draw blood. I think I say something like, “It’s getting late…” and then walk off together. [Laughs]

They both seem pretty open-ended.

They both are, but I personally prefer the ending they chose to keep in the final edit because it feels more mysterious. It leaves room for the audience to make their own interpretations. That Korean magazine called CINE21 interviewed me and asked where Michel was at the end of the film. I told them he might be in Busan.

It’s easy to label Michel as a psychopath, but it’s difficult to understand why Franck would lust over someone who just committed murder. What’s the attraction there?

Um, you should ask Franck. [Laughs] I can only give you my interpretation, but maybe it’s as easy as love. And Franck loves Michel more than Michel loves Franck. From the writer’s point of view, it’s a question of, what do we do with evil? How do we come to terms with others’ badness?

Is there a great divide between arthouse cinema and mainstream offerings in France? And what’s the general consensus when it comes to “queer” cinema?

I think it’s different in France, but cinema is still an industry that ultimately looks at revenue. Alain is quite well-known and respected here in the indie film community. We made Strangers by the Lake with a small budget with the aid of subsidies. The highest-grossing movies are still generally American blockbusters although the appreciation for small, indie cinema is very much alive. As for queer cinema, I don’t like that kind of categorization. Films and the stories we tell are meant to be universal. Do we watch something that’s straight cinema?

That reminds me of something Xavier Dolan said after winning the Queer Palm last year. He said he felt very honored, but couldn’t help but feel excluded as well.

I very much feel the same way. I can’t talk on behalf of Alain, but I’m just speaking for myself.

Do you think you will eventually direct something of your own?

You can count on that.