The recipient of the Asian Filmmaker of the Year title revisits the Khmer Rouge horrors in The Missing Picture. 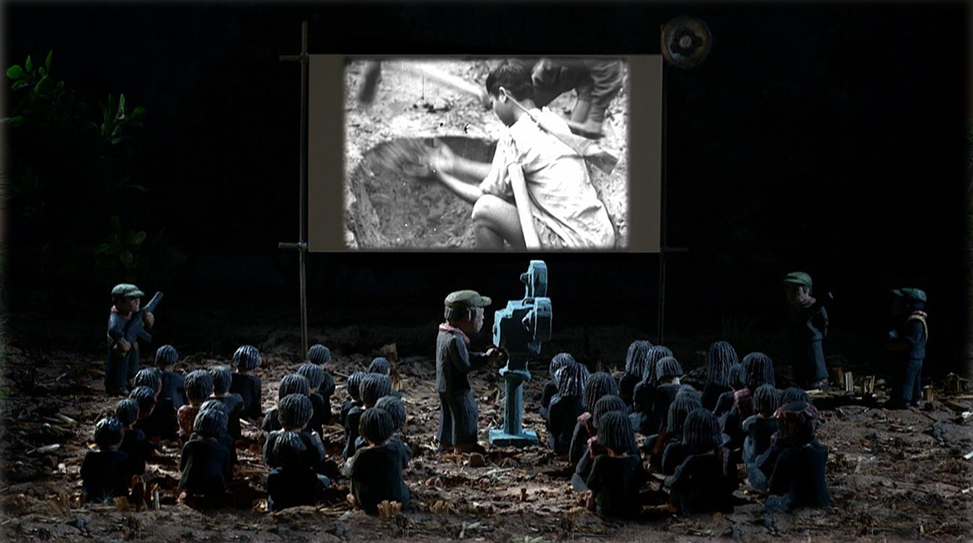 We can't stop asking ourselves, why is it that we were allowed to go on living when our parents were not?

Rithy Panh is having a banner year and there are many firsts: This May, his new documentary The Missing Picture took home the top honor in the Un Certain Regard sidebar at Cannes—Panh is the first Cambodian to win a prize at the prestigious festival. The following month, he founded and launched MEMORY!, Asia’s first-ever heritage film festival, with the mandate to educate young filmmakers and introduce Cambodian films to the general population. Now the Busan International Film Festival (BIFF) has given him the distinguished title of Asian Filmmaker of the Year, another first for Cambodia. The award is given to the filmmaker who has made the most significant contribution to the advancement of the Asian film industry and culture throughout the year.

Panh was expelled from Phnom Penh in 1975 and lost most of his family—father, mother, sisters and nephews—during the Khmer Rouge regime. Rounding up local civilians and displacing them to agricultural labor camps as part of a grueling “re-education” campaign, Pol Pot’s communist regime sought to wipe out class divisions and self-determination in service of a supposedly glorious Kampuchean Revolution. After narrowly escaping to a refugee camp in Thailand in 1979, Panh put down roots in Paris a year later to study at IDHEC (L’Institut des hautes études cinématographiques). Panh has devoted his life to the investigation of the Khmer Rouge—not only the horrors of genocide, but also the ideological fervor that allowed such evil to take place and the aftermath of the regime’s foreknown collapse. His masterpieces include Bophana: A Cambodian Tragedy, Duch: Master of the Forges of Hell and S-21: The Khmer Rouge Killing Machine, which reunited Tuol Sleng’s former prisoners with their captors.

Nearly all of his films focus on the plight of the Cambodian people during the Khmer Rouge and its vestiges, but The Missing Picture is autobiographical. Based on his memoir The Elimination: A Survivor of the Khmer Rouge Confronts his Past and the Commandant of the Killing Fields, Panh works with clay models, archival footage and narration to create an informative montage of public history, while recalling private memories of a distant past. Sitting down with Anthem in South Korea during BIFF, Panh told us: “We document the past to inform our future. Human atrocities can happen anywhere, so it’s universal to all of us. It’s also a personal necessity.” Everything engraved in his memory is vividly revived, down to the clothes his family wore and the places they lived in. The “missing picture” carries double meaning for Panh: A fictitious photograph that symbolizes forgotten memories taken between 1975 and 1979 by the Khmer Rouge and the act of longing itself in his quest for the said picture, “the quest that cinema allows.”

Panh is quick to admit that Cambodians didn’t much care for his movies even ten years ago. “Old people don’t want to talk about this stuff because it’s just too painful. We can’t stop asking ourselves, why is it that we were allowed to go on living when our parents were not?” he says. These days, the trend has shifted as films that top the Cambodian box office tend to lament on history. And while Panh’s desire to document the Khmer Rouge catastrophe haunts and motivates the entire film, he acknowledges that such images may in fact be better left unseen. Panh has made a powerful document of true horror, which he passes onto the audience as a way of exorcising the memory for himself. As the narrator says, “I wish to be rid of this picture, so I show this to you.”

Strand Releasing has acquired the U.S. rights to The Missing Picture for a spring 2014 release.