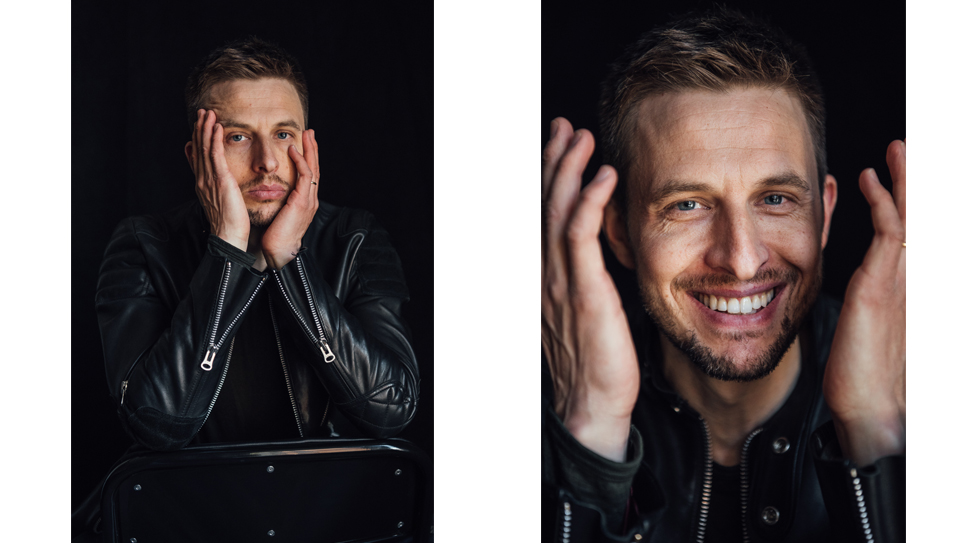 I guess all last-man-on-earth films ultimately ask this question: what is the meaning of life if you are alone?

Anthem first met Anders Danielsen Lie at the Cannes Film Festival two years ago while the Norwegian actor was there in support of Olivier Assayas’s existential ghost film, Personal Shopper. But Danielsen Lie is someone whose talent we had admired for much longer than that. In 2011, he made a huge splash with his breakout leading role in Joachim Trier’s Oslo, August 31st—an appropriately somber, day-in-the-life goings-on about a recovering heroin addict—and professionals from all pockets of the industry took notice. Among them was this year’s jury president of the aforementioned film festival, Cate Blanchette, who went as far as to alert her American agent about her new find—her rather invisible but no less cinephilic role of tastemaker.

For this edition of Catch-Up, we sit down to discuss Danielsen Lie’s latest role in Dominique Rocher’s feature debut, The Night Eats the World—a character study hiding out in the well-worn, post-apocalyptic zombie genre. An adaptation of Pit Agarmen’s novel, the film opens with Sam (Danielsen Lie) showing up at his ex-girlfriend’s Parisian apartment to retrieve some of his personal belongings that she mistakenly took after their split. It’s a grudging errand for Sam, made more unpleasant given that she and her new boyfriend is right now hosting a wild party. So Sam wades through the drunk partygoers to a vacant room and passes out. The next morning, he wakes up to find the rest of the apartment trashed and caked in blood. This is where the zombies come in.

Also heading to theaters this year is Paul Greengrass’s controversial Norway, in which Danielsen Lie portrays Anders Behring Breivik, the man responsible for the 2011 terrorist attack in the film title’s city, which claimed the lives of 77 people. The actor is currently gearing up to shoot Mia Hansen-Løve’s Bergman Island with co-stars Greta Gerwig, John Turturro, and Mia Wasikowska.

This is Anthem’s first entry in the lead-up to our in-depth coverage of the 2018 Bucheon International Fantastic Film Festival in South Korea—BiFan—the biggest genre event in Asia.

The Night Eats the World hits select theaters on July 13.

I love that The Night Eats the World is actually a deep character study set against the backdrop of a world suddenly overrun by a zombie apocalypse. There are no cheap jump scares or gratuitous violence. It leans on what Dominique Rocher has described as “anti-dramatic” ingredients to propel the narrative.

Yes, it is quite anti-dramatic. I guess people expect a zombie movie to be full of suspense, but this movie goes in another direction. I definitely think Dominique has tried to use the genre format to say something about isolation and alienation, but also what makes life worth living. I guess all last-man-on-earth films ultimately ask this question: what is the meaning of life if you are alone?

In the film’s opening, Sam awkwardly navigates through the party and his discomfort seems to border on agoraphobia. The zombies could be a literal representation of Sam’s belief that people are monsters. It’s interesting that solitude is both what saves him at the party when chaos hits initially, but then solitude is what eats him alive in the aftermath. It made me think about those people who go off-the-grid and completely sever themselves from society and live in isolation. I think they would endure.

I think you are right. Sam’s need for solitude is both negative and positive. I think Sam is a person who would prefer to be alone, but still be among people. It’s quite easy to feel alone—and lonely—in a big city like Paris, even when you are surrounded by a lot of people. It is enough for him to know that people are there. He doesn’t need to interact with them. But I think the film ultimately tries to say that we all need some kind of connection with other living things.

This dilemma Sam’s faced with also called to mind Lars von Trier’s Melancholia because I remember this one interview where he was talking about how the two sisters played by Kirsten Dunst and Charlotte Gainsbourg react differently to the end of the world. One sister, who’s living with severe depression and has nothing to lose, is eerily at peace with the idea of the world ending. The once-measured sister, who has a young child and seems to enjoy life as far as I can tell, becomes a total wreck at the end. Sam’s journey in the movie spans one year and we do see his mental deterioration. Do you think he makes it?

Depends on what you mean. Personally I think the story is quite dark—without spoiling anything… I feel that even though he makes it, he will still be limited by mortality. Also, we are all dependant on some kind of psychological fiction to have a happy existence on earth, because otherwise, living would be almost like a work of Sisyphus.

The Night Eats the World is an adaptation. I remember Dominique saying that Martin didn’t want a literal adaptation. Did you read it?

I didn’t read the book before shooting. I think Dominique wanted me to wait until after we had shot the movie. Unfortunately, I still haven’t gotten time to read it yet.

Dominique says that meeting you was pivotal because it inspired the screenwriting. He incorporated your personal details: you know how to play drums and some of the tape recordings that we hear are from your childhood. I also understand that Sam is an author in the novel—not a musician.

Yes, Dominique was very eager to put personal stuff into the film. It made sense to turn him into a drummer because then he could use all the things left behind as instruments. I think we also liked the paradox of being an artist—a performer—without much interest in other people.

How serious was Dominique about possibly turning this into a silent film with no dialogue?

I don’t think we ever discussed that, but I’m sure it would have been possible!

I read that there’s also a French version. I’d never heard of anyone doing that before. I really want to see the French version now because it’s a rare thing to see two different performances for the same movie.

Language makes a big difference. It changes the character quite a lot. It is a challenge to make two language versions. I think it’s hard not to prioritize one over the other. For me, this is primarily a French language movie, but I hope the English language version works, too.

Was this entirely shot on location?

Yes. Dominique and his crew found an empty apartment building in the middle of Paris, near the Dome des Invalides. The exteriors were shot near Boulevard St.Michel. It made a huge difference to shoot on location.

I had a huge grin on my face when Denis Lavant showed up—he’s a chameleon. What is he like to work with?

Denis is a fantastic actor in every way. I am a huge fan of his work with Leos Carax, but Beau Travail by Claire Denis is my favorite movie starring him. His approach to acting is very physical—the opposite of mine. He is a wonderful person and a lot of fun to be around.

The first time we met in Cannes two years ago, I asked you about the different directing styles of Joachim Trier and Olivier Assayas. How similar/different was your experience working with Dominique?

Every director has his or her own way of directing. Dominique is calm and quiet. He is easy to work with—open for ideas. And still, the shoot was quite hard for me, not just because of the language challenge. I think I had thought of the film as being a genre movie and it wouldn’t be so character-driven. I was inspired by Robert Redford’s dry performance played in All Is Lost and wanted to try something similar, but at some point, it felt right to explore character psychology.

How did you meet Dominique?

We met in Paris around the time Ce sentiment de l’été came out in France, I think it was in early 2016. Shortly after, he came to visit me in Oslo.

I’m so looking forward to Mia Hansen-Løve’s Bergman Island. I was an instant fan after Father of My Children. What a great ensemble, too. When do you start filming? Do you get nervous leading up to shoots?

Mia is a great filmmaker and I am looking so much forward to working with her. We start filming this summer. I always get nervous in front of shoots.

You have Paul Greengrass’s Norway coming out later this year. Obviously, it deals with a very serious subject matter. Did you have reservations about portraying Anders Behring Breivik?

I don’t think I can answer questions about that film just yet. Can we save that for later?