The English actor on enticing roles, the all-consuming nature of preparation, and Jean-Stéphane Sauvaire’s A Prayer Before Dawn. 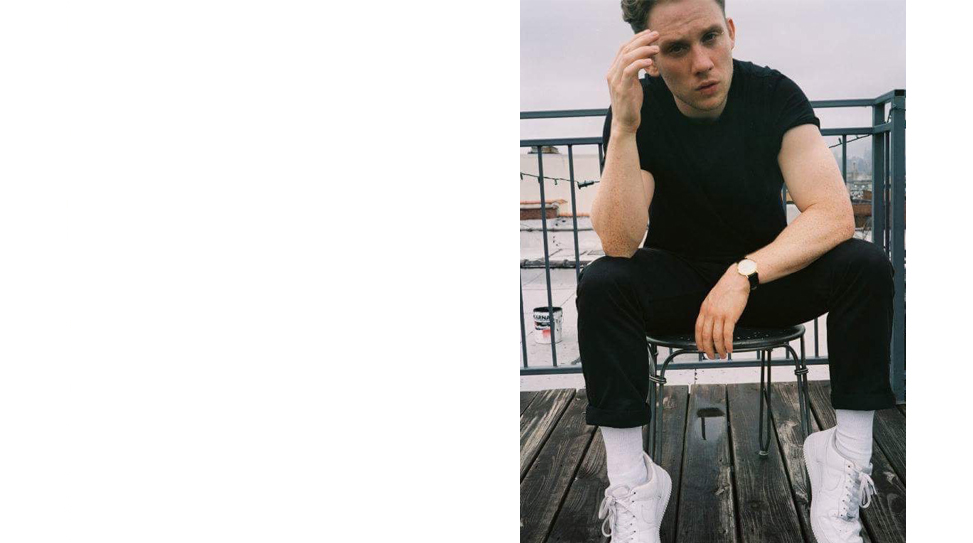 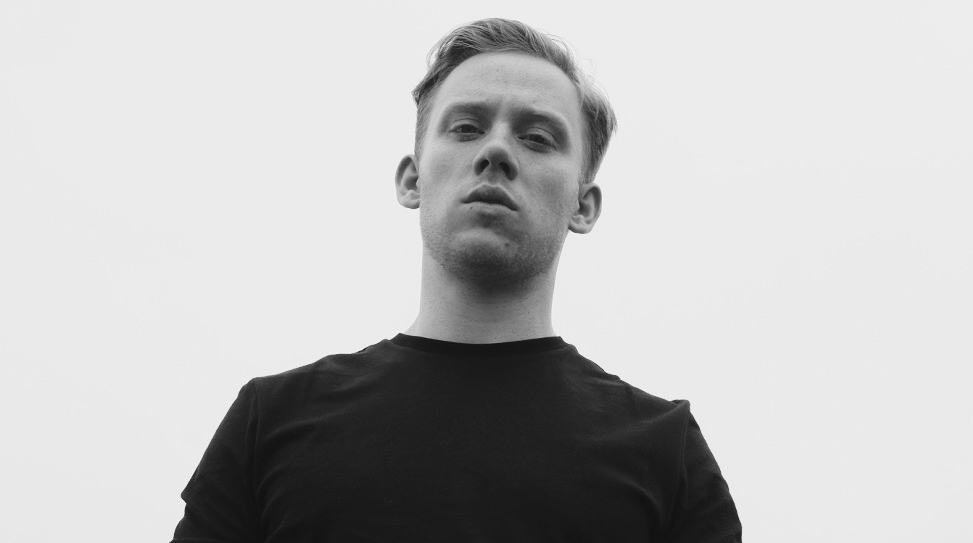 I lived in Thailand and had this very simple routine building up to the filming—almost like prison life or a boxer’s routine.

When Anthem met up with Joe Cole at the Macao International Film Festival & Awards last December, we had been knocked sideways by Jean-Stéphane Sauvaire’s A Prayer Before Dawn the night before. Eight months on—well over a year following the film’s premiere at the Cannes Film Festival—we can still smell the sweat and taste the blood. It’s an unrelenting symphony of unchecked testosterone, endowed with extra human dimension by Cole in a towering performance.

An adaptation of Billy Moore’s redemptive 2014 memoir A Prayer Before Dawn: A Nightmare in Thailand, the film chronicles the Liverpudlian author’s three years spent inside the notorious Klong Prem Central Prison—shot in an actual Thai prison with a cast of primarily real inmates—where all order is meted out in brutality. The early reels plunge straight in with Billy (Cole) bare-knuckling it in seedy Bangkok gyms against local opponents in order to fund his next round of tinfoil smack. When he’s arrested and sent to the slammer, the impulsive hothead’s survival strategy is to lash out at every opportunity. Alternately, he takes beatings when he has to, while doing a deep dive into the heroin he buys off a crooked guard. To his benefit, Billy is armed with some decent boxing skills and a junkie’s art of wheedling favors out of people who wouldn’t otherwise given him the time of day. The sole respite for Billy on the inside is his romantic encounters with lady-boy inmate Fame (Pornachanok Mabklang), who also provides him with the cigarettes he uses to bribe his way into the Klong Prem boxing collective. The battles take their toll. Billy is fighting for his life every day.

A Prayer Before Dawn is available now on DirecTV and opens in select theaters on August 10.

It’s been a long journey for A Prayer Before Dawn—not unusual for an artful film of this size. Do the memories from set and the film itself change when you live with it for this long?

That’s an interesting question. I think one of the joys of filmmaking, which is different from theater, is that there are these different parts of the journey. There’s casting and you get the role, you do the preparation, and you go film it and have that experience. Then a year later, it comes out at Cannes and you do that, and then another year later, it comes out to the general public. It’s quite nice and you enjoy it in different ways. Now I’ve seen the film and I know it very well and I’m just looking forward to other people getting to experience it, and with that comes a lot of great memories. Sometimes when you’re in the middle of it and shooting it, it’s quite difficult to appreciate what you’re actually doing because the work is hard. In the case of this film, it was quite a difficult place to shoot in. So looking back, you kind of remember all these people you met and you treasure that. It’s nice. You get this whole experience of the last two years.

Especially for a film like this that you can be proud of. I’m sure it would be a completely different story if you weren’t exactly in love with it.

I haven’t quite gotten over this performance. It’s larger than life and the casting was spot on, which is such a rare thing. When you first took this role, were you confident that you could pull it off or was it enough for you to know that you wanted to try it?

You get what you can to a certain extent, but the way in which I choose projects is if it feels like they’re going to be a real challenge. Then I feel like I have to do it. I remember getting a short film a few years ago called Slap, about a transvestite boxer. I was thinking, “Okay—I have to convincingly walk in drag with women’s heels and pull that ‘softer’ element of the film off, and then there’s also the boxing element.” I was like, “Bloody hell, that’s hard.” It’s the same with Prayer because you can’t shy away from something like this. I just knew that, as long as I had enough time, I’ll be okay. I’d done very physical films before. I did Offender a few years ago. So I knew that, as long as I did my prep and learned the accent and got to know Billy [Moore] very well and learned to box and got in shape and these things I have to do, then once I got there I’d be okay. But obviously, there’s always that element of, “Are you really going to be able to pull it off?” I just think it all comes in the preparation. Luckily, we had enough time and I just got on with it, really.

When I first watched the film at Macao, I was just overwhelmed by its ferocious energy. Now I fixate on a lot of its dualities: Billy is sweet and charismatic, but also hard-edged and grappling with addiction. I remember you talking about how fighting is as much about control and finding that tranquility in yourself as much as it’s about pummeling your opponent. The prison is oppressive, but it has a meditative quality as well.

I’ve always had a strange fascination with prison, and paramilitary as well. Me having a bit of an abstracted mind at times, I like to try and keep things as simple as possible. I’m quite minimalist in a sense. In my 20s, I remember looking at prison life like there’s something very simple about it. Everything’s stripped back where you wear the same clothes every day, eat the same food, and you have the same routine. The military is another example where there’s possibly this sense that you don’t have as much running around in your head. It’s something I always found really useful in a strange sense. With Prayer, I’ve got one outfit and just a few possessions. I eat the same food. Obviously, Muay Thay is very close to Buddhism and all those values are interwined with Thai boxing. Certainly, I’ve spent a lot of time with all these Thai boxers and I was very much ingrained in that world and culture. I quite like the simplicity of it. It’s not a flashy kind of thing. It’s just about being yourself. There’s definitely something in that I quite enjoyed and brought back to the preparation. I ate the same foods every day. I lived the same training every day. I lived in Thailand and had this very simple routine building up to the filming—almost like prison life or a boxer’s routine, I guess. I was away from the bars and the hustle and bustle of London. Being in Thailand on the other side of the world allowed me to fully focus on building the character.

You’ve been asked virtually everything about the film and I know there are a lot of repetitive, inevitable questions related to your training, diet, the unglamorous filming conditions… Do you still have things left to talk about with Jean [Stéphane Sauvaire] regarding the film?

Well, we don’t talk about the film as much. [Laughs] We’ve had a lot of conversations about the film obviously, mainly in the build up to doing it, during the shooting, and post-production. So yeah, we tend not to talk so much about Prayer. Although, sometimes, I quite like doing joint interviews with Jean because he will still throw out things that I hadn’t thought about. That’s sometimes nice because it reminds you of things. He brings an idea and you riff on that idea.

I speak to him every week. We’re still close. We’ve got a special bond now. We actually get on as friends. Billy is a charismatic and interesting guy and I enjoy talking to him. He has a lot of life experience. We’ve made this film together and I think that’s quite a nice thing to have.

When we were at Macao, your Black Mirror episode had yet to premiere. That was obviously very different from what you’ve done in A Prayer Before Dawn, Offender, and Slap—playing the romantic lead. You have serious range. Did you enjoy your time on that?

I really did enjoy it. I’d say I’m actually closer to that than as I am to Billy maybe, you know? That’s the joy of acting. With each different role you take that we’re given—I feel like I have that range and I enjoy different challenges. Black Mirror was just about having fun, really, so it was probably a slightly more enjoyable experience in some ways because it’s just about being as relaxed as possible and having a chemistry with Georgina Campbell. It’s fun for different reasons.

I checked out your profile in The Guardian. Were you happy with how that came out?

Yeah, I was. I’m just trying to be honest, you know? It was a good article.

So what’s inspiring your creativity these days? Are you writing?

Yeah, I’m writing a lot at the moment. I’m very much enjoying that process again. I started writing when I started acting. I wrote a television show and that’s how I got my agent, before she had even seen me act. So it was nice to flex those creative muscles again. I definitely feel like with Prayer and Black Mirror, but particularly Prayer, I’ve really achieved something with acting. I feel very satisfied. I might never get that same gratification because those kinds of roles come every few years—or never in an actor’s career. I was lucky enough to do one. Now it’s about trying out different things and exploring different channels to get that same sort of satisfaction.