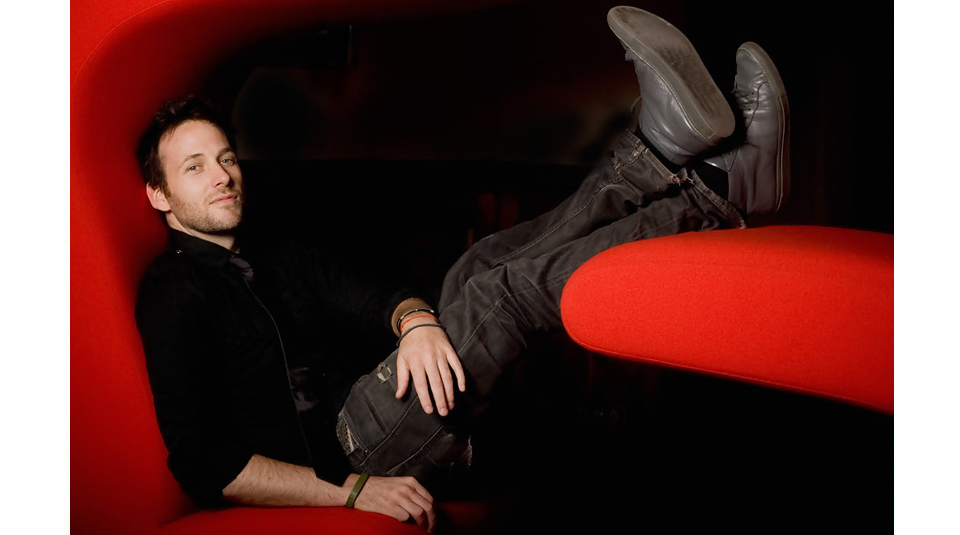 Nobody assumes the best of you if you're attempting to be an actor [in L.A.], unless they already know that you're famous... It's a really hard fucking thing to be that.

Cooper (Ryan O’Nan) is an adrift thirtysomething in his tenth year shaking cocktails at a local dive bar. On most days, he’s inundated by bad jokes and hypotheticals from a lone regular. At home, we find him slouched on a tattered sofa staring blankly into space. Daisy (Michelle Ang) is an equally aimless twentysomething. That she’s socially inept, unapproachable, and getting real good at riling people up without reason doesn’t help matters. She spends most of her days at the animal shelter, crying and in a state over her long-gone dog. They’re endlessly circling the abyss like this until Daisy strolls into Cooper’s life and the walls they built up start to crumble with genuine curiosity.

To take us behind the scenes of Fallen Stars is O’Nan. In this long overdue follow-up to our first chat about his breakout role in Ryan Piers Williams’ PTSD war drama The Dry Land back in 2010, we move on to discuss the actor’s poor bartending skills, his first job, and chasing dreams in L.A.

Ryan, could you set the scene for us over there?

Well, I’m writing and producing on this series called Queen of the South. We’re shooting out in Dallas right now. We have two more days and then we move down to Columbia to shoot. So I’m like rushing to get all this stuff done. It’s really fun! But it’s also a fucking steam train, you know?

Let’s talk about Fallen Stars: You play Cooper, this aimless bartender guy who works at Club Tee Gee. This is an actual dive bar in Los Angeles. I went on their Yelp page and it was so strange to read customer complaints directed at the bartender who actually works there.

[Laughs] That is so funny.

Do you have bartending experience?

You know what? I waited tables and worked in restaurants for 15 years. I worked under the table as a janitor at an English pub when I was 13. That was my first job. It was disgusting. It was the worst thing ever. But yeah, I was a bartender, too, at this little restaurant called Sushi Itto in San Diego, which was operated by a company out in Mexico City. The sushi was amazing, but I was a fucking horrible bartender, dude. I was good at making conversation, but making drinks? I was terrible.

This is magnified by Cooper’s shitty experience, but what a thankless job. He’s just getting it from all sides: his boss, his co-worker, annoying patrons—just other people, essentially.

I know, I know. My brother is a bartender at this really cool bar in Brooklyn. It really depends on where you work as a bartender. If you’re at a little neighborhood dive bar, it becomes like this family unit and you get to know people. But at the place where Cooper works, there’s only a few people like that. He has his one friend who comes in all the time, but that returning customer is an anomaly. I think that fascinates him because, for the most part, most people that come in party a little bit and then take off. Cooper has these transient relationships where he doesn’t really get to hook into anybody. It makes him like an island, if anything, right? The water is just washing by.

Yeah, totally. Also, I’m glad that Cooper is not an aspiring actor because that would be the obvious route in a story set against Los Angeles. It’s actually refreshing to hear somebody admit that they don’t know what they want to do in life because that’s more often the case.

Brian [Jett] and I did talk about that. I was so thankful that Cooper wasn’t an aspiring actor. Part of the struggle of being an actor in L.A. is that—besides the fact that it’s almost impossible to actually make a living doing it—you have everybody from every small town and every big urban city wanting to make it. So there’s no real identity to being an actor. Nobody assumes the best of you if you’re attempting to be an actor, unless they already know that you’re famous. [Laughs] In L.A., the actor who’s trying to make it is the biggest cliché. It’s a really hard fucking thing to be that.

I was much more fascinated by a character that’s totally adrift. Cooper doesn’t even know what he wants to do. That’s one thing that actors do have when they come to L.A. They have this dream that drives them. Cooper doesn’t even have that. Cooper is before that. He’s primordial in that way. He doesn’t have any specific thing that he can wrap his emotional life around. That’s when Daisy comes in with something different and he suddenly sees a kindred spirit. Daisy is interesting, too, because she does have a career, yet she doesn’t find that it defines her. She’s just as lost as he is.

You see a lot of their desperation, especially in Cooper. It really humanizes the whole thing.

Cool, man. I’m sure Brian will be really happy to hear that because he poured his heart and soul into it. The whole thing is very subtle, you know? I think everyone can sort of relate to that feeling of being lost. Maybe not a lot of people are actually that lost in their thirties, or maybe they are… I mean, even if they have a job, if they don’t love it and they don’t know what else they would do, that’s certainly part of it. Cooper has this job and he knows it won’t last forever, or a part of him hopes that it won’t last forever. But he doesn’t know. He doesn’t know what lies beyond that.

This movie is unhurried. It’s unfussy. I appreciated that I wasn’t being manipulated to feel a certain way. Cooper is just himself, warts and all. It’s not saccharine—

By the way, not to derail you, but I fucking love that you just used the word “saccharine.” My best friend is Korean-American and we got into this huge fucking debate just the other day when I said, “That’s kind of saccharine.” He was like, “What’s ‘saccharine’?” and I was like, “What do you mean what’s saccharine? Everybody knows what saccharine is.” So now we just ask every person we see, “Do you know what saccharine means?” [Laughs] I love that you just fucking used that.

It’s very specific, isn’t it? That’s always a nice thing. How did you meet Brian, anyway?

I hadn’t met Brian before getting sent the offer for this film. I read the script and really liked it for all the same reasons that you just said: It was unhurried, it was subtle, and it didn’t try to yank at your heartstrings or try to manipulate you. I thought it would be an interesting skin to live in for a minute. At the end of the day, I think a lot of directors can turn an okay script into a pretty damn good movie, but I’ve never seen a good script remain good with a bad director. The director really is the barometer that you judge something by. If I find a script really interesting and I really like it and I can see it being really good, you go meet the director and see what his take on it is like. Brian was just so lovely. I mean, he couldn’t be a more sensitive, caring, and specific director.