A conversation with the pro snowboarder, X-Games gold medalist and National Geographic Adventurer of the Year. 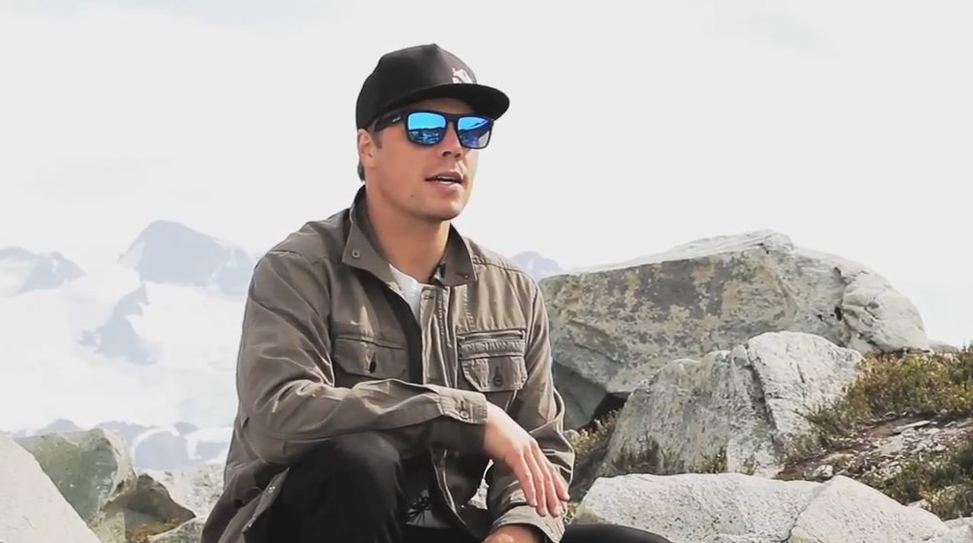 Really, none of us know anything! Manifest that shit and operate in the present!

An unknown face just a decade ago, Travis Rice arrived at Snowboarder magazine’s Superpark Contest at Mammoth Mountain and launched a legendary backside rodeo across a 117-foot gap jump—he walked away an indisputable star. Since then, the 30-year-old has become one of the greatest snowboarders in the world. In anticipation of Red Bull Media House’s re-issue of The Art of FLIGHT documentary in 3D in which Rice stars and co-produced, we decided to track down the man himself while he was off the grid on a personal trip for a chat. The re-issue, aptly called The Art of FLIGHT 3D, is equal parts harrowing adventure and the inevitable drama encountered along the way, all captured on state-of-the-art camera equipment. The film gives viewers unprecedented access to a cast of the best riders in the world as they complete a two-year quest to redefine what’s possible in their sport. Patagonia’s Darwin Range, Alaska’s Tordrillo Range, Wyoming’s Snake River Range and British Columbia’s Kootenay Mountains set the stage for this epic undertaking.

The Art of FLIGHT 3D is available via TUGG throughout December 2012 and early 2013. TUGG is a platform that enables moviegoers to watch films playing at their local theaters online.

Do you still have those “I can’t believe this is happening to me” moments?

It has changed quite a bit since I started out, but one thing that will never change is my humbled feelings of appreciation for the hard work put into a season of shredding. I don’t wear “belts”.

Your dad was a ski patrol and you grew up near ski resorts. What was his reaction to your rise to fame as a pro snowboarder?

He was supportive and maybe a little shocked, I think. He told me a few things like, “Son, please be cautious…” I think the one that stuck with me though was something he said when I was a teenager: “You can do anything you want in life, but I beg of you to withhold from three things. Don’t ever drink and drive, ride motorcycles, or become a mountain climber. These are the three things I ask you to refrain from.” He had just lost too many friends and I’ve stuck to my word for the most part.

What advice would you give to aspiring snowboarders in terms of setting yourself apart in such a competitive field, even amongst friends?

Work harder than the rest of them. It’s really pretty simple. Practice sustainable riding because if you blow yourself out by doing something dumb, then it’s just that much tougher to get back into it. Stand by your own principles and approach every day with an open mind. Really, none of us know anything! Manifest that shit and operate in the present!

Have you tried lucid dreaming?

Did you always have your mind set on becoming a pro snowboarder? Was it at all circumstantial?

I somehow fell into snowboarding and it really has been a dream. I’m probably working harder than if I had some other job, but working where creative freedom is involved is not the same as monotonous work.

What drives you forward these days? What do you find exciting at this point in your career?

Continuing on the project path, especially the Red Bull Supernatural events. Trying to take this style of event global… I think it really draws on a lifetime of riding experience and brings out the best overall skills as well as a personal style of the world’s top snowboarders.

What does it mean for an athlete to get sponsored by a brand like Red Bull? How does that help you become an even better athlete?

Red Bull is an amazing partner/sponsor that really is unlike any other company when it comes down to support and marketing. It offers you tremendous opportunities.

One of the great things about working with Red Bull is that they’re a huge supporter of creative and risky endeavors. From our last film That’s It, That’s All to the Supernatural Big Mountain Contest that was held at Baldface Lodge in British Columbia last year, Red Bull wants to help progress the fields they operate in. These projects, just like The Art of Flight, were conceptualized and proposed by us. So hesitations were left by the roadside long before we ever pulled the trigger on these films and events.

Did anything surprise you after watching the final cut of the film?

We were lucky enough to have Dolby sponsor our film. They helped us to get into Skywalker Ranch for our final sound design and master. With Curt Morgan leading the charge there, I was pretty blown away with the final cut when I saw it firsthand with 3,200 other people at our New York Premiere.

Did the fact that you’re making a film affect your performance on the slopes in any way? Did the filmmakers ask you to do things for the camera or take risks that you wouldn’t normally take?

I think, if anything, making this film enhanced the performance. You can’t deny the existence of “Kodak courage”. But more important than the willingness to go for it is the wisdom to say “No” and step back when it just doesn’t feel right. At the end of the day, it’s all up to us to make the decision to drop in or not, regardless of the pressures from filmmakers or photographers.

What’s on your mental checklist of places you’d like to ride these days?

It is literally endless, but for those key places where all the variables align, you just need to check out our next installment!

Do you think you’ll continue doing this until you’re physically incapable or are there other things out there that you’d like to explore?

I’ll continue to shred as long as I’m having fun with it and I don’t really see that ending. Often times, it is mentally incapable long before you’re physically incapable. Beyond snowboarding, I’m excited for the next phase, whatever that may be.

Just out of curiosity—do pro snowboarders keep to a strict diet and a workout regimen other than snowboarding, generally speaking?

It’s like anything. If you workout, eat right and stretch, you’re going to feel, look and perform much better. Some do and some don’t. I choose to as injury prevention is my main focus.

What’s usually going through your mind when you’re going down a particularly dangerous slope or terrain?

Nothing. That’s the magic of it.