The new filmmaker on his beginnings, film school, and his first feature Beside Still Waters. 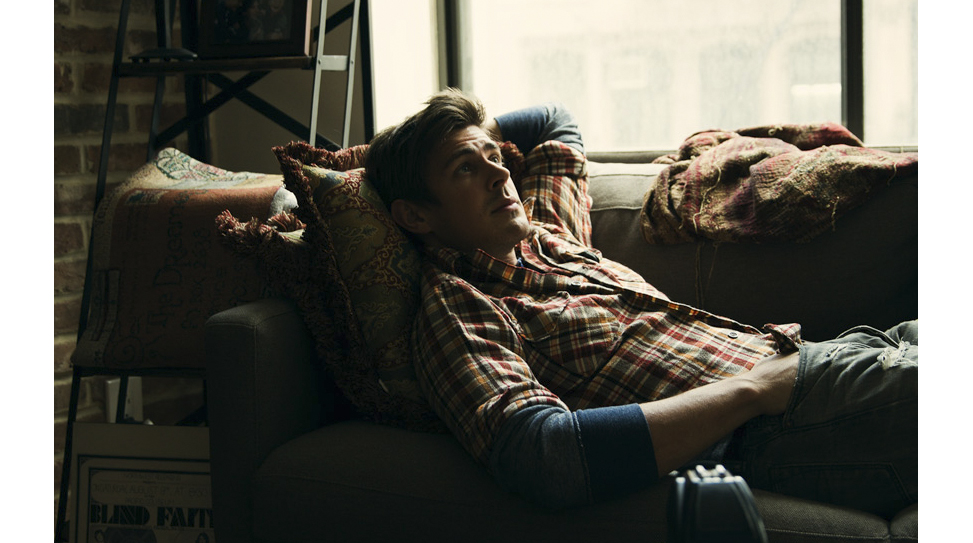 I knew I would have a complete emotional collapse.

Chris Lowell first came to wide public attention playing “Piz”—Team Piz!—on Veronica Mars before appearing alongside Hollywood’s heavy hitters in prestige films Up in the Air and The Help. Now he’s parlayed that success into a career as a writer and director, making his feature film debut with Beside Still Waters. The film unspooled for friends and family in New York City this past weekend and you can take it from us: Lowell seems better positioned behind the camera.

What started four years ago—Lowell penned the script with writing partner Mo Narang—Beside Still Waters received overwhelming support through its Kickstarter campaign, going onto become the 13th most funded narrative film of all time and the only project in the Top 100 to surpass its goal threefold. Not to be outdone, they tripled this goal on the 2nd day of a strategic, month-long campaign. Beside Still Waters since played to jubilant festival audiences at Mill Valley, Newport Beach, and Austin where it picked up both the Jury Prize and the Audience Award.

Blending 16mm, Super 8mm and Lowell’s own black-and-white photography—he has a successful career in fine art photography—the film observes one night in which a group of thirty-somethings gather at a family lake house following the untimely death of Daniel’s (Ryan Eggold) parents in a car accident. Facing the imminent repossession of his parents’ house, Daniel invites his school pals to their old haunt for one last debauched, whiskey slap weekend. Reid Scott, Beck Bennett, Brett Dalton, Will Brill, Erin Darke, Jessy Hodges and Britt Lower round out the ensemble cast.

Four years here… I’m sure this is still quite surreal for you.

It is, it is. It’s so strange. At the premiere, it was an out-of-body experience. It’s just surreal! I knew I would have a complete emotional collapse. But that’s okay. That’s a good thing. That was also four years in the making. [Laughs]

You’ve made a name for yourself in front of the camera prior to Beside the Still Waters. You studied film production in school, didn’t you?

I did. I originally went to [the University of Southern California] to study film production. But I always wanted to act and that was always in my blood. I think I initially went to film school with the hopes that I could get my foot into some door whether it be cinematography, editing, producing, writing or directing. It was my hope that I could start casting myself in everything, you know? The irony, of course, being that when I got the chance to direct my first feature, I didn’t want to act in it at all. I was very lucky when my acting career took off, but there was always this directing bug that was close by. I was so excited to finally get the opportunity to put all the acting stuff away and just focus on being a filmmaker. It was unbelievably challenging and unbelievably rewarding.

By the way, fight on! man. I think I was at USC the same time as you.

Oh, man! That’s cool. I was only there my freshman year, though. When were you there, man?

I started a semester late because I transferred, but I was in the class of 2007? Even though the school was big, the film program was super tight-knit, don’t you think?

So was acting always the end goal for you?

Oh yeah. I was always putting on performances for my family growing up. The directing came about because I’d source these neighborhood kids to act in the little plays that I’d write. I was the star of those, of course.

I was a complete ego maniac. [Laughs] And Atlanta has since become this crazy industry town, but it wasn’t when I was there. There was no such thing as as a film or TV world, which is why I moved there. That’s how I caught the filmmaking bug.

Are you getting sick of The Big Chill comparisons?

Well, you can’t look at a film like this and not consider The Big Chill. I think The Big Chill set the bar for what a reunion film looks like. I love that film! I think the biggest challenge for Mo [Narang] and I, as filmmakers, was getting together in a house for a limited period of time on a movie. I think, so often, it falls short of the mark. It was our biggest challenge to make our film stand out from the others: “How do we make it feel different from everything out there?” It was definitely a challenge, and one that I hope we succeeded in doing.

I think the set up is where the comparison ends with The Big Chill. It’s so much about the ensemble that you put together.

I really appreciate you saying that! I agree. The comparison ends with that general structure, and it really becomes about the ensemble you build. For Mo and I, we knew very quickly that this movie would live and die on the chemistry of these actors. For us, casting was paramount. We watched every great movie leading up to this thing and a hundred more terrible movies leading up to it. We saw a hundred tha didn’t work. One of the the things that we felt didn’t work, oftentimes, was that they stacked it with celebrities to get greenlit. The problem with that for the viewer is that the moment these actors come on screen, you immediately associate them with their previous work. You come into it with a bias. It’s often the case with those actors that it’s offer only. They show up, shoot and leave the morning they wrap. For us, I made a blanket rule that anyone who’s going to be in this movie has to audition, commit to rehearsals, and chemistry reads. I wasn’t going to work with anybody who couldn’t make that kind of commitment because I knew that the chemistry was, like I said, paramount. I couldn’t be happier with the people we ended up with. The cast was really the saving grace of this movie. They’re quite remarkable.

Did you find the characters change after the casting process started?

As a director, that’s something I enjoyed! With acting, there are so many factors that affect your performance that you never really know where it’s going to go. Whereas in directing, you have this feeling—delusional feeling, but still a feeling—that if you just prepare well enough, you can solve the puzzle of getting a film made. So much of that has to do with casting, you know? You can look at a group of people and be like, “If I put this girl with this guy, I get this. But if I put this girl with that guy, it’s perfect!” Also, as a writer, when we started creating these characters, we had a good sense of who they were, what they looked like, and how they spoke. One of the things that came difficult in the beginning was being precious about the characters that we created. A good friend of mine gave me this great reminder: this isn’t your group of friends, they’re their own group of friends. That’s the story I needed to tell.

Who did you cast first?

I think the first person we cast was Britt [Lower] who plays Olivia. Britt isn’t well known, and I’m sure there are other actors who had a bigger IMDB profile or whatever. She’s so great to watch. You just want to see what she’s going to do next, you know? You blew everyone else out of the water. With Ryan Eggold, our protagonist, we needed somebody who was just so effortlessly likable! He played someone who was so torn with these puppy dog eyes. He had to have enough charm and character to not just be whinny, bogged down, and moping.

He’s cute. Beck Bennett? He’s so good in this.

The best! He’s the best. Beck was actually one of the last people we cast. I wrote that part with Beck in mind, but I think there’s this delusion that when you cast a friend in a movie, you have an upper hand. You don’t! In my experience anyway… I was so much harder on my friend in the audition than anyone else… I put him through the ringer. He came in several times. I was really worried that people would think I was casting him because he was a friend of mine, but every producer and every casting director realized that it had to be Beck in that role. He steals the show.

Scene stealer! Robbery. Beck is so good. He’s all slapstick in the beginning and then goes to that teary-eyed emotional place. It’s a great arc. Is he someone from your own reality?

It was Mo going, “Well, there should be someone who works in finance with a nine to five. Maybe he quite his job.” That was the only thing that was born out of someone we knew. And then quickly we became, “He didn’t quit. He was fired.” Beck really turned it into what that character became, you know? I think so many people, especially from Saturday Night Live now, think of him as being this larger than life comedic person. He’s hysterical, of course, but I’m so glad he can showcase his range as an actor in this movie. In college, I went to all of his plays and, most of the time, he was doing dramatic work. I think it’s pretty incredible what he does in this movie.

He’s so good. You’re on the third screenplay now?

Mo and I’ve written something called Isolation Tribe, which I think will be our next film. It’s very different from this one. It’s very much a straight drama about the south. The third film is called The Secret Ingredient of the Number Generator, which is, essentially, a story about magic in the deep South in contemporary America. It’s very strange. [Laughs] but I’m very excited about it.

What are some paramount questions you’ve learned in front of the camera making this movie as opposed to being in front of it?

Man, that’s a good question… I think I’ve learned more about acting as a result of directing. As an actor, I always want one more take? This is almost on auto-pilot. Especially in the editing process, the best takes are the first three? And the other big lesson I learned is to really prepare for the things that come after wrapping.