The music video kingpin has delivered one of the year’s most hotly talked about films—the feverish rap battle satire Bodied. 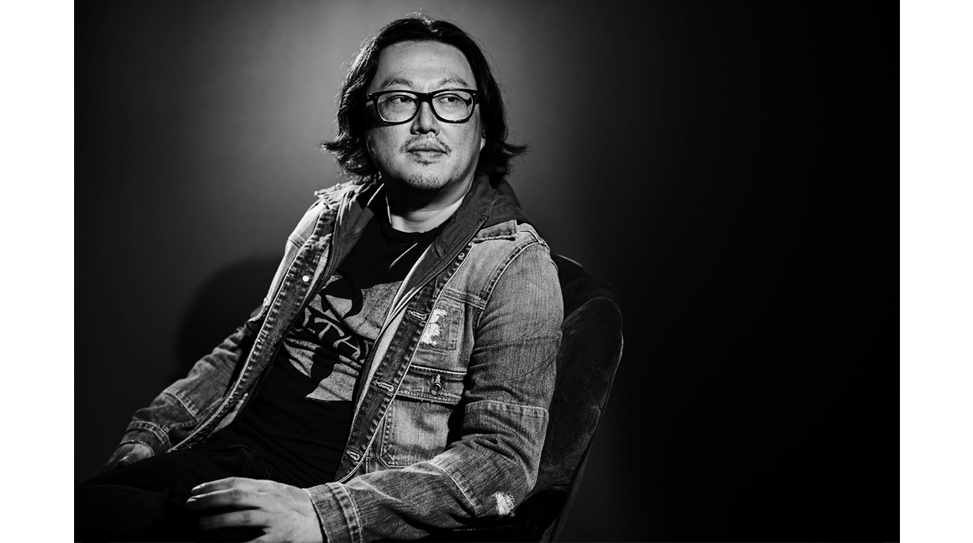 Perhaps you’re already familiar with Joseph Kahn. If not, you’ve surely seen some of his work over the years. The Korean-American director is one of the most prolific music video showboaters of the past two decades—infiltrating pop culture with pinnacle works in collaboration with towering artists such as Taylor Swift (“Bad Blood”), Rob Zombie (“Living Dead Girl”), Britney Spears (“Toxic”), Destiny’s Child (“Say My Name”), Lady Gaga (“LoveGame”), and Eminem (“Without Me”)—who also serves as an executive producer on Kahn’s third feature film Bodied.

Billed as the type of comedy that would leave politically correct viewers clutching their proverbial pearls, Bodied has predictably become one of the year’s most hotly talked about films since it world premiered as the Toronto Film Festival’s Midnight Madness kickoff selection last year. It’s a blisteringly urgent and inescapably topical meditation on race, class, and identity that’s set against the assaultive world of underground rap battling in which Adam (Calum Worthy), a white Ph.D. candidate, sparks outrage when his affinity for the subculture as a master’s thesis inadvertently becomes his own competitive obsession. Following Adam as he ventures deeper into that arena, Bodied uses rap battles as the canvas on which to study boundaries of taste and cultural sensitivity, and a generation that’s maybe more aware of what is deemed offensive than any other before it. The strength of Khan’s film is that, while it is vaguely against word policing and self-righteous privilege checking, it simply questions the limits of free speech without pretending to know the answer. Rap battling a lyrical blood sport of racist, sexist, and homophobic vituperations, it knowingly cuts and wounds. In any number of ways, Bodied is a provocation. It’s an effective one.

Bodied is now in theaters and will be available on YouTube Premium starting November 28th.