This year’s Oscar-nominated Argentine filmmaker on the original Superman, his in-development sci-fi trilogy, and Wild Tales. 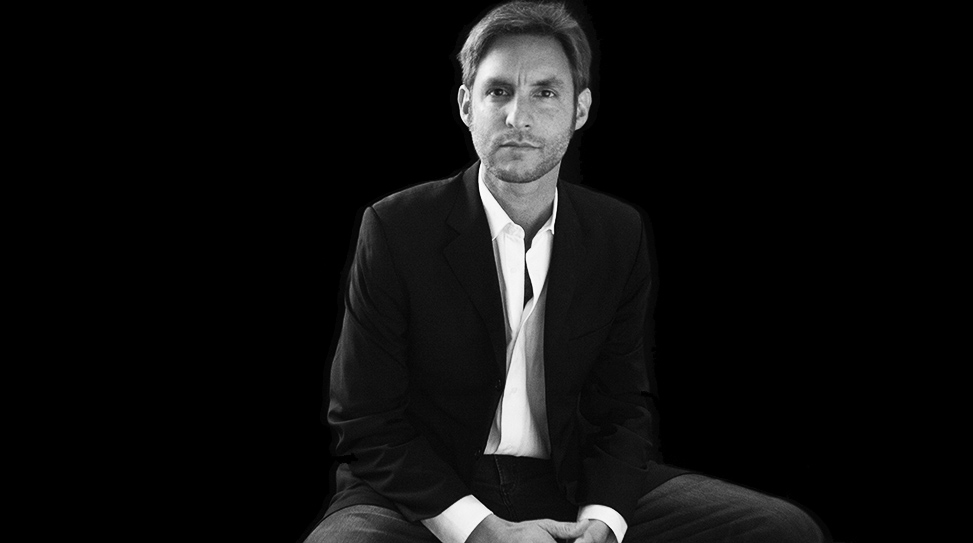 The first-ever memory I have is being inside the movie theater watching Richard Donner’s Superman.

Inequality, injustice, and the demands of the world we live in cause stress and depression for many people. Some of them, however, explode. This is a movie about those people.

Vulnerable in the face of a reality that shifts and suddenly turns unpredictable, the characters in Damián Szifrón’s Academy Award-nominated Wild Tales cross the thin line between civilization and barbarism. A lover’s betrayal, a return to a repressed past, and the violence woven into the everyday detail drive them to madness as they cede to the undeniable pleasure of losing control.

Anthem sat down with the filmmaker at the Regency Hotel’s Sheep Meadow Suite to discuss the A to Zs, starting with Stanley Kubrick. (Factoid: The Regency’s Sheep Meadow nods to the preserve at Central Park and its history as the gathering place for demonstrations and political movements.)

Look at this place… I feel like I need to debrief you on something really important.

That’s a good place to start. Are you a fan of Kubrick?

There are a lot of influences, but, yes. I’ve been going to the movies since I was three years old. Actually, the first-ever memory I have is being inside the movie theater watching Richard Donner’s Superman. When it comes to filmmakers that I truly love and admire, it includes people like Francis Ford Coppola, Kubrick, Sidney Lumet, Alfred Hitchcock, Billy Wilder…

The masters. It’s almost textbook, isn’t it? Their influence on cinema is incontestable.

I truly admire the masters. I mean, I like the classics. I like Steven Spielberg. I like American directors who made films in the ’70s. They are truly the ones who made an impact on me since the very beginning. Brian De Palma, Scorsese, Sergio Leone…

How did you come to discover these filmmakers?

Well, my father was my film school. He didn’t work in the industry at all, but he was this huge cinephile. He was just a regular moviegoer, but knew so, so much about films. He died a few years ago, but up to his very last day, he was watching films and discovering new things.

He must’ve been beside himself when you started making movies—good ones!

He was in heaven! He was so happy and fulfilled by that.

That’s a cool dad. Most parents, you know, want to steer their children away from stuff like this. So what do you remember about Superman?

The music, the title sequence, the scene where Superman takes Lois Lane for a flight… I think the exchange between the superhero and the women in that film made a big impression on me. I remember the scene with the helicopter when Superman appears in public for the first time. I remember the end of the film when Lex Luthor’s assistant takes the kryptonite, but not before kissing Superman. Those images stayed with me. And the stars! The stars asked of me big questions: What are we? Where are we from? What are we doing here?

Do you ask these larger than life questions when you’re developing your own stories?

Absolutely. Actually, before I made Wild Tales, I had been writing a science fiction trilogy for seven years. I spent a long time working on that. In the beginning, it was going to be one film, but it grew and kept growing. So now I have this huge science fiction story that I might shoot next.

The Foreigner or The Stranger. I haven’t settled on the English title. In Spanish, it’s Extranjero.

How come you decided to call this film Wild Tales? Isn’t the direct translation of Relatos salvajes “savage tales”?

I chose Savage Tales at first. I considered Savage Stories. But when the film got accepted into Cannes, Thierry Frémaux announced the line-up in the press conference and called it Wild Tales. “Hmm, okay.” [Laughs] Within five minutes, that was tweeted around the world. I decided to take it as a sign and just go with it. Changing the name of your film shouldn’t be the first thing you do in a situation like this. It’s like owning a boat. You don’t change the name of your boat because that will shake out all your luck. I actually like the title we ended up with now because there’s something about the word “wilderness” that I like. It’s even more savage.

Why is the media so fixated on this bathtub story of yours? How did that even start?

We get six tales in this anthology. How many did you develop, or semi-develop, in total?

I wrote a lot. I had finished maybe 12 or 14 stories and developed 25 more. In the beginning, I didn’t know this was going to be a feature film. I had no idea where I was heading or what I was actually making. At the time, I was just trying to finish the science fiction trilogy and two additional screenplays: a western and a love story called The Perfect Couple. But these new ideas kept coming to me when I didn’t want anymore feature scripts. As a result, I tried to compress these ideas to their bare essentials and ended up with a series of powerful short stories. It was by the fourth one, I think, that I realized they were all connected and had the same DNA.

It almost sounds like putting together a music record.

Yes! It’s like putting together a rock album where you have very different tracks, but they’re all connected to the same kind of energy. That’s precisely how I discovered the film. When I saw the six stories together, I could see the power in it. The stories touch on serious, dark subject matters, but without ever being solemn. The idea of freedom is all over the place because that’s how I felt when I wrote it. I wrote it without knowing that someone would watch it one day. The joy is inherently there in the script. It transcends the film and to the audience.

The stories have a lot to say about the evils of bureaucracy, discrimination, and consumerism, among many other things. And the protagonists are motivated by revenge in every respect.

That’s true, but I also find that a lot of people come out it laughing. It’s not supposed to cause anger or make you feel frustrated. Although you’re witness to some very cruel and desperate situations on screen, cinema is a mechanism for release. You release that in a safe environment. Now that you mention it, one of the titles I came up with early on was Release the Beast. [Laughs]

Does the humor come naturally when you’re writing?

I think so. I would say that it’s all mixed together. Sometimes I don’t like it when a movie doesn’t acknowledge our ability to laugh at ourselves, even in very dramatic situations. I love drama as a genre, but I think it’s important to find the humor in every kind of situation. I didn’t write or direct Wild Tales as a comedy. For the road rage segment, I directed the actors as if they were in a Michael Haneke film, but we treated the mise-en-scène like it was Road Runner & Wile E. Coyote.

I haven’t made a lot of stuff, even though I’ve been working in film for some time now. I created two TV series and made two features before Wild Tales. Then I devoted this huge amount of time to writing. Back in those days, I knew the architecture of the story before I started writing the dialogue. Wild Tales is the first time that the dialogue happened in real time: it was there with the characters, the audience, and myself. So the “audience” is there when you’re writing. They don’t know you’re there, but you’re writing this for someone. Right now, I’m talking to you and you’re important in what I’m saying. I’m not saying this to my wife. You’re at the end of my words.

When you write and direct something like this, not to mention sit with it for six months in the edit, do you sometimes find it difficult to be objective? Maybe you feel precious about something that you know in your heart doesn’t belong there.

Absolutely. It used to be that way. I do tell myself, “I can’t edit this myself. I will not do it.” But then I can’t go through with that. I know what I shot, I know what I wanted to do when I shot it, and I want it to be the way I imagined it. This was true in film school and even when I was young making stuff at home with my father’s video cameras. It just feels right to me and it’s the only way I know how to do this. But, yes, I did suffer from what you’re describing in the beginning. I would fall in love with things that were hard to part with. Nowadays, that’s not the case.

I like to have someone edit while I’m shooting. Once I’m done shooting, I go to the beach or the mountains for two weeks and just forget the movie. When I return, I can look at the whole thing with fresh eyes and say, “This isn’t working. That doesn’t work. This is very good.” I understand that the most important thing is that the film works and I’ll do anything to make it work. If I see that it doesn’t, I’ll be the first one to admit it. And I don’t show early cuts of my films to anyone. I want to show something I like, not something I know is incomplete. When I think it’s as good as it can get, I show it to my producers, my wife, and some of my friends, and I listen carefully to what they have to say. I try to understand what can be improved and go back to work.

You’re never short on creative ideas. How do you account for having so much material, more than you can even handle, at any given time?

I used to wonder if I only liked movies because I didn’t like sports, but that’s not true. Movies were never a substitution for anything. And if I wasn’t watching films, I was playing with toys and inventing stories. What I do now as a filmmaker has more resemblance to my childhood playing with toys than anything I did in school. I have two daughters now. One is a baby, but the other one is five, so she’s playing constantly and I observe her. All you ever want as an artist is to be free. You tear down structures imposed on you to achieve that. As a child, you have this without even trying. I try to go back to that time and remember as much as possible this sense of possibility, freedom and imagination. I also have great producers. They allow me to play.