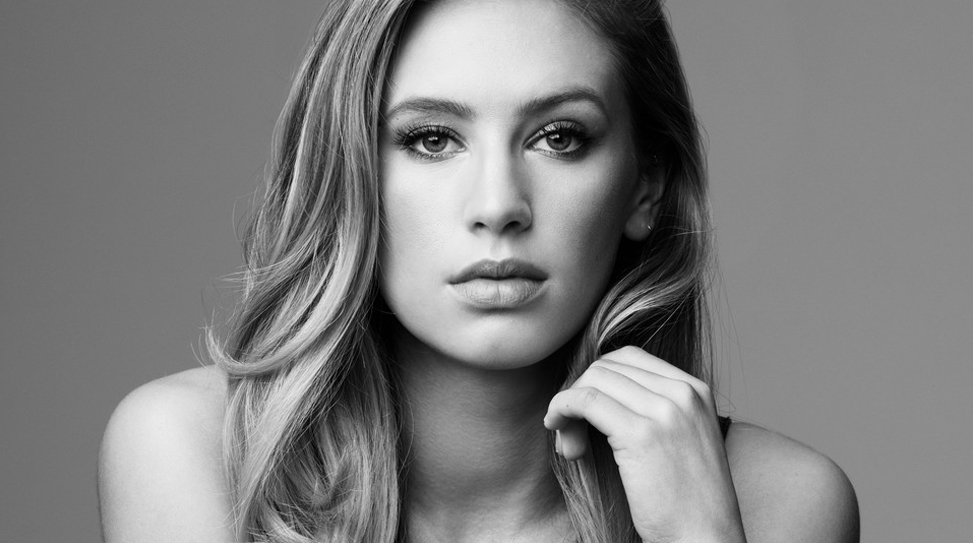 I feel like a lot of people these days fear the end of the world, but I don't really fear that. I guess dying early would be my biggest fear.

Not to sound trite, but there’s something different about Dylan Penn, the 24-year-old model-turned-actress daughter of Sean Penn and Robin Wright. That is to say, other celebrity spawn riding on the coattails of their star-studded parents have mastered a kind of death grip on vanity and fame, ranging from the unsightly to the obscene. There’s just something different about Penn. Read on.

You guys, Penn has no passion for fashion. “Modeling is not a passion of mine,” the beauty says. “I’ve been having fun with it, but it’s just to pay the bills.” (A girl’s gotta eat, unlike those others girls with a passion for fashion.) Although she’s making her acting debut in Eli Morgan Gesner’s Condemned, her real passion lies behind the camera. “I’ve resisted acting as a career for most of my life,” she goes on. “But both my parents told me if I ever want to direct, I should act first because no director should direct until they know what it’s like to be in the actor’s shoes.” Matter of fact with a calm confidence—enough to send shivers down your spine—Penn has the habit of making you cling onto her every word. It’s scary, but not in the stabby way her film is.

In Condemned, Penn is Maya, a girl from an affluent family who moves in with her boyfriend squatting in a ramshackle building on Manhattan’s Lower East Side. With meth heads, junkies and degenerates of all kind to call her neighbors, this depraved hell hole is even more toxic than it appears. When a virus is born from the residents’ combined noxious waste and garbage, they all succumb to a terrifying pathogen that turns them into bloodthirsty, rampaging killers and their building a savage slaughterhouse. The big takeaway from all of this? New Yorkers can relate.

Condemned opens in select theaters and will be available on VOD and iTunes on November 13.

Having shied away from the spotlight for as long you have—by and large—what does it feel like to do so much press, especially when you’re sort of obligated to do it for a movie?

Yeah, it does feel like an obligation. It’s bizarre, but I’m happy to do it for this movie and I’m proud of what we did. I’m more than happy to help promote it.

I saw you on The Today Show the other day. That pig joke was so off the cuff and hilarious.

Jesus Christ. Is [Kathy Lee Gifford] like that off-camera?

I only met her briefly right before we shot that. She’s great, but I don’t know her too well…

I understand you resisted acting for a long time and horror isn’t exactly your favorite genre out there. What changed? Why this particular movie?

I really liked Eli [Morgan Gesner] and the script was really great. I thought, why not do it as my first thing? Also, this is Eli’s first movie. Doing this with somebody who’s just starting out as well and learning together sounded fun. I also liked being in New York City and getting paid for it.

That’s very honest. For a film called Condemned about a bunch of people squatting in a dilapidated building on the Lower East Side, the living conditions weren’t too shocking with the exception of the “sex dungeon,” maybe. I think it’s a familiar sight for anyone who’s ever roughed it out in New York City. What’s the story behind that building?

The movie takes place on the Lower East Side, but the building was actually on the Upper East Side. It was a vacant building they gutted to make look less lived in. They found that very shortly before shooting. I think there was maybe one person living in there before we sort of took over.

A movie like this is bound to be divisive, but something to really appreciate about Condemned is that it has so much confidence in its own material. Eli’s single-minded vision is palpable.

He’s the greatest. He’s very eccentric, that’s for sure. He’s pretty all over the place and his thoughts are way out there. He’s very sporadic and crazy, but interesting. He’s really bright. I mean, he’s like a scientist and he’s the same way with his creative work in writing. I think he was really clever with all of the metaphors throughout Condemned. Even the commentary on New York City itself was so great. That’s one of the things that really grabbed me. Lydia Hearst’s whole monologue was the one thing that really stood out to me and something that Eli and I talked about a lot before I signed onto the film. We had the same ideas about how New York City has gone down hill in the last 15 years. The energy and the people that live here now are taken over by the wealthy.

The movie’s easy to follow and there’s a linear storyline, but it has this chaotic energy to it that adds a lot of dimension. What did all of this look like on the page?

I didn’t expect it to turn out like this. In the beginning, I thought the writing was really smart, but I also thought that maybe it would just be another horror film. I thought it might be kind of campy and weird. I think it turned out much smarter than I thought it would translate into.

To be completely honest, I had my own doubts watching the movie. I got really into once I adjusted to Eli’s world. It’s the fresh take we were talking about.

What would you say was the big takeaway from acting in your first film? Was there a memorable lesson, be it about the craft or something on a more personal level?

Acting was a big leap for me, to just dive in like that. It taught me not to be fearful and to just go for it. If you’re scared, it really translates onto the screen. I’ve learned that for sure.

I’ve had this on-going theory as a serial horror movie watcher, and you can correct me if I’m wrong about this: people have the most fun on a horror movie set than any other set.

It was like summer camp. I mean, we had no money so we all had to share this one room in the building off set. We got pretty close, even when we didn’t want to. [Laughs] It was a really loose and easy shoot with such a great cast and crew. I think everybody was all in for Eli—a team vibe.

How important is acting to you? You eventually want to get behind the camera, right?

I mean, I’ll try [acting] out for now as long as it’s fun, you know? But I definitely want to write and direct later on. I think writing is something I’m better at and have more fun doing. Directing my own writing would be the end goal for me.

I guess the most obvious question to ask someone in your position would be, “Are your parents supportive of your career?” or “How did they react to you wanting to do this?” How much of your conversations actually revolve around filmmaking on the day-to-day?

Oh, never. [Laughs] We rarely talk about that kind of stuff, unless I ask them for advice for certain things. That’s very rare. It’s just a separate deal. But I think they are supportive and all for it, you know? It’s a “as long as I’m working, they’re happy” sort of thing. On the day-to-day, it’s not really brought up. It’s like, “Are you working?” “Yeah, I am.” And that’s sort of it.

I saw Liza Johnson’s Return years ago and really enjoyed it. How did your experience on Elvis & Nixon compare to your experience shooting Condemned? Was it apples and oranges?

Oh my god, it was so different. I loved working with Liza, she was so great. I would be stoked about working with any female director because we need more of them. But yeah, it was completely different because Elvis & Nixon had money and we didn’t [on Condemned]. And it wasn’t Liza’s first rodeo like it was for Eli. So very different, but both fun in their own ways.

I don’t really believe in ghosts or anything like that. It would have to be real world, tangible things. I mean, I have serious arachnophobia. I have arachnophobia like nobody’s business—it’s so bad. I feel like a lot of people these days fear the end of the world, but I don’t really fear that. I guess dying early would be my biggest fear.