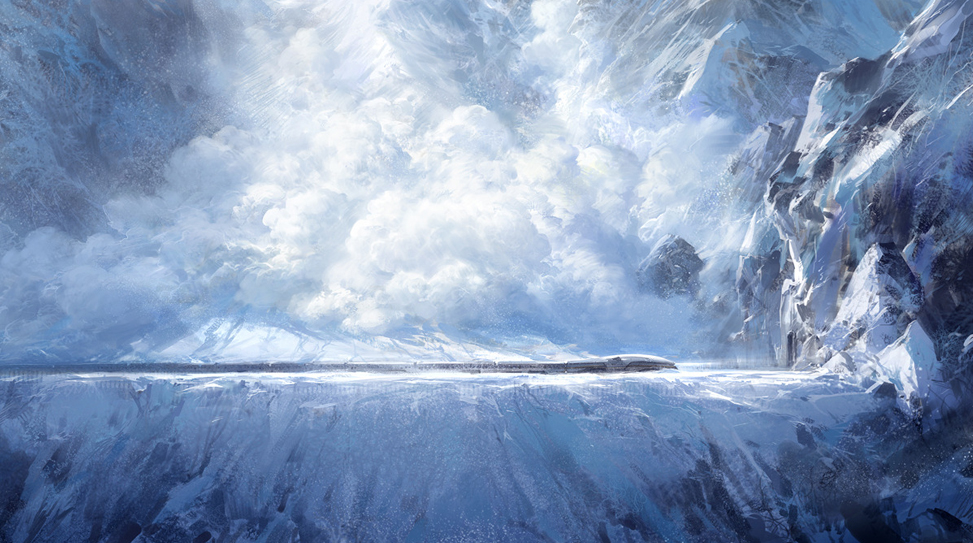 [Tilda Swinton's] chameleonic feats are many and this is one of her very best.

Bong Joon-ho continues to produce remarkably original work. The South Korean bomb thrower gained cult status among international audiences following the release of his acclaimed Memories of Murder—based on the true story of Korea’s first publicized serial killer—and the unprecedented box office success of The Host, which remains the most-viewed home-grown film of all time with 13 million admissions, more than a fourth of Korea’s then-population of 48 million.

When Anthem sat down with the filmmaker in Los Angeles back in 2010, he was in town to promote his fourth feature, Mother. Then probed about Snowpiercer, a project that had been announced years prior, he had this to say: “It’s about people in extreme situations. You can find out a lot about a person by pushing them to the limit.” Last month, we caught a screening of the film in Korea as it premiered to huge numbers, hauling in more admissions during a shorter time period than previous record holders, Transformers: Dark of the Moon and Iron Man 3. Not new to breaking records back home, Bong’s film was sold to 167 countries, the most territories a Korean title was ever sold prior to its release. This marks Korea’s first English-language feature.

Based on the 1982 French graphic novel Le Transperceneige by Jacques Lob and Jean-Marc Rochette, Snowpiercer is an epic thrill ride with a contemplative, emotional center that uses its titular locomotive as an allegory for human existence—it’s universally comprehensible and thematically relevant to our time. Seventeen years have passed since the world was overtaken by the second ice age (the byproduct of a failed experiment to combat global warming) and Snowpiercer perpetually circles the planet, carrying with it the last remaining dregs of humanity.

The vast majority of the train’s inhabitants are on the verge of boiling over as a result of segregation between the elite living in comfort in the front carriages and the impoverished masses huddled in the rear—a foreordained decree assigned by the locomotive’s enigmatic billionaire industrialist, Wilford (Ed Harris). The raid to the front is led by Curtis (Chris Evans), Edgar (Jamie Bell) and Tanya (Octavia Spencer), with the bespectacled Gilliam (John Hurt) a sage guiding the perilous operation. The revolutionaries are soon joined by Namgoong Minsu (Song Kang-ho), a security specialist who designed the train’s inter-carriage barriers, and his daughter, Yona (Ko Ah-sung). Along the way, various impediments arrive, most notably Tilda Swinton’s Mason—her chameleonic feats are many and this is one of her very best—the train’s second-in-command who speaks of the “merciful” Wilford in the manner of a deity.

Unabashedly a film about class warfare, some of the central messages can seem at times too forthright for its own good, hammering points home in a rather preachy fashion. However, that doesn’t derail the film in any stretch of the imagination. As it stands, the film is not another underdog championship story, but a potent reminder of the world we live in. Snowpiercer is both an intellectually and aesthetically superior vehicle to most other end-of-days thrillers.