From the Archives: Vincent Piazza

The actor of Boardwalk Empire fame on his past life as a hockey player and the uncertainties of the film business. 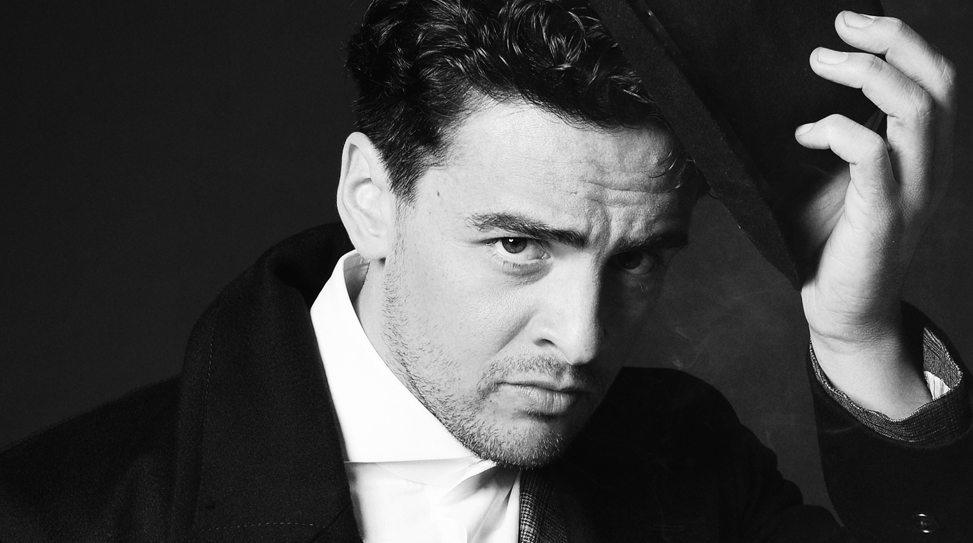 Some preliminary things to note about Vincent Piazza: He’s primarily known for playing mobster Charles “Lucky” Luciano on the hugely popular HBO TV series Boardwalk Empire. More importantly, we’ve come to find that he’s supremely charming and real in person. His first dream was to become a professional hockey player before he incurred an injury that rerouted his path towards acting. (There were certainly a lot of other life decisions going on at the time as well.) Born and raised in Queens and of German-Italian descent, Piazza is a tried-and-true New Yorker.

You’ll soon catch the actor on the big screen in 3 Nights in the Desert and Jersey Boys.

Are the reasons why you act nowadays pretty much the same as why you went into it in the first place?

Absolutely. I was given the right advice when I started out and my heart is still in the right place. I was immediately aware of the fact that it’s a very serious craft. It’s about going down this journey where you’re never quite sure where it will dump you. It’s something that you need to make peace with, which took some getting used to. My perception of the business have certainly changed, but not the reasons why I became an actor. It’s nice to remind myself of that week to week.

What were those words of wisdom you received early on?

Alice Spivak, my acting coach who I met at the beginning of my career, wanted me to be rooted in the classics. She introduced me to the great influences of modern storytelling be it writers, playwrights, actors, films and directors that I need to study in order to understand where it all began and where it’s headed. You can’t just get caught up in contemporary projects, which can feel rootless. It’s important to become familiar with the history of cinema and step into the journey that way.

You played hockey prior to pursuing an acting career.

I did. If someone had asked me what my dreams are years back I would’ve told them it’s to become a professional hockey player. In an odd way, I guess acting kind of filled that void for me. It was through acting that I found a way to activate my mind and body that’s similar to the thrills I would have playing a contact sport.

It was an injury that took you out of hockey?

It was partly an injury and partly perspective. I didn’t exactly have the kind of physicality that was required, especially at that age, to play hockey and I had a recurring shoulder problem. I got knocked around pretty good. [Laughs]

Do you mind going into more detail about this transition you made? How did you apply the aspirations you had for hockey to acting?

They’re similar in the sense that they’re forms of entertainment. What’s interesting is that as I got more and more into acting, I discovered how presence and team play that was required in sport translated into working with an ensemble cast. It’s critical. Sending someone a pass isn’t any different from connecting with a team of actors. Presence is required because, otherwise, you get knocked on your ass. If your mind isn’t in the game, you can get hurt or get benched. There are certain principles that remained the same in that way. There were also things that took some getting used to, which made it very different. For instance, the results aren’t quantifiable in acting, performance and obviously storytelling, because there’s a certain level of subjectivity there. In hockey, you have stats and definite wins. This makes sense in my mind as I’m saying it, but I hope it’s clear to you.

When you’re handed a given screenplay, what are some initial thoughts and/or concerns that you have in regard to the material?

Typically what I do is read and reread the script as many times as possible. I read it from many different perspectives. First I just read it without thinking too much about the work. In the second pass, I try to read it as the character. Then you begin to ask other questions with each new pass, these existential questions. Why is this story being told? Why is my character in the story and what sort of impact does he have on the story? You start to build the general architecture of it.

What did you find in common with Lucky on Boardwalk Empire?

That’s a great question. Does he come from a good family? Is he ambitious? Was he maybe an athlete? What’s his work situation like? What’s his love life like? That’s when you determine whether you’re really close to the guy. But even if you feel very far from a character, you try to figure out how to make a connection. When you get new pages week after week on Boardwalk Empire, you can see the pixels of these relationships. Growing up in New York was a big benefit because it helped me understand a lot of the cultural fears, and how different races and ethnicities interact with each other. Luciano grew up in a much tougher city than I did, but you start to understand it. My father’s a Sicilian immigrant who made a similar journey as Luciano. My father’s journey was certainly in a much more advanced time, but the heart of it is still there. I was able to identify with that side of my family through this series. It was a great opportunity because I not only got to know my father so much better, but I became more knowledgeable about my heritage as a whole.

It’s a tremendously personal project for you now.

It really is. What’s ironic about it is that this is the first Italian-American character that I’ve got to play. I had fears and a reluctance to play one up until this point. I felt like the views of these types of characters were somewhat limiting. But if there’s an opportunity for me to go for a project like Boardwalk Empire, why not do it? You dive into the belly of the beast. It has been an unbelievable education.

Was it a standard auditioning process for Boardwalk Empire?

Actually, it was a bit unorthodox how this happened. I always like to keep busy and happened to be between projects where I had some time on my hands. I remembered working on a play called Gentle People in my scene study class, which featured a gangster character that ran the waterfront and started sweeping this girl off her feet. I thought it was such a cool part and I wanted to develop a real, classic Italian gangster for fun. Then I came across a book featuring children’s stories from 1915 or something like that. I then noticed what they were teaching kids at the time and it was pretty backwards. “Children should be seen, but not heard. Little girls should know their place. Boys should never tattle on their friends because there’s no honor in it.” [Laughs] I took that story and decided to turn it into a monologue where this classic gangster talks to his young son after he’d gotten into trouble at school. I asked my director friend to shoot it. My agent held onto it for some time and maybe a year or two later she called me up saying, “You’re not going to believe this, but Martin Scorsese and HBO are looking for a young Al Capone and a young Luciano. I sent them your tape.” From that, there was an immediate interest.

That’s incredible. You just never know where something will end up.

How do you keep yourself occupied between projects?

I haven’t quite figured out what to do about that. So many people tell you to relax, but I have a hard time relaxing. I always try to have a bottomless list of things to do. I always feel like I have to do this, “this” meaning compile a list of books to read or certain movies that I’ve been meaning to watch. I just start to pace a lot at that point. [Laughs] I get this anxious feeling inside me because it seems like I’m just burning minutes. I feel like I’m wasting time when I don’t necessarily need to relax a body that isn’t exactly weary. I need to be doing something.

Do you have a preference when it comes to TV, film and theater?

I’m in the middle of a TV job right now and I’d never been married to anything this long before. That in itself has been an amazing education about endurance and trusting the hands that you’re in. I’ve had the opportunity to settle into that a little bit more this season on Boardwalk Empire. Typically I like working on plays and films because you can formulate an arc for your character. You know going in what needs have to be loaded at the beginning and the middle in order to reach the end. Going into TV with this show, I didn’t necessarily know what fruit it would bear.

How much do the writers let on at any given time when it comes to something like Boardwalk Empire?

I usually have certain historical guidelines and there are milestones that I know we’re going to hit for my character. We know when Luciano gets arrested and when he forms certain partnerships and relationships, but how we get there is a different story. It’s a challenge! We had a rough parameter in the first season, but after wrapping the pilot with Mr. Scorsese, he had mentioned to me that I would eventually hook up with this mother, even though I didn’t enjoy the idea of that too much. He gave me hints about the trajectory of the season and it was enough for me to go on. When the pages start pouring in, you sort of figure out what will probably happen and you get the bigger picture. Understandably, the writers are very secretive because they want the show to be entertaining. Also, they want the luxury of being able to reinvent things based on how the viewers react to certain things. I’d imagine that they sometimes want to change things and don’t want to feel married to any particular thing. I’m really in no position to speak for them though. I just go page by page and use my instincts the best I can. You really end up trusting the writers and the directors, hoping that they won’t ever let you fall off the ledge.

How do you cope with the unknown?

What’s on your plate at the moment?

We’re in the middle of working on the third season of Boardwalk Empire and we want to wrap that up by early-to-mid September. It’s quite consuming. I’m in this film that’s currently in post-production called 3 Nights in the Desert. I’m just keeping an open mind to see what beckons. I’ve also been writing a lot.

I take that to mean you’re writing screenplays.

Absolutely. I have this story that came to me while working on the show. I’m in the process of turning a treatment into a full-blown feature. It would be a period piece as well. It has been a great process and a whole lot of fun. I absolutely want get behind the camera down the road. It’s my feeling that you can spend years and years writing and rewriting something to find your voice as a filmmaker. Hopefully I’ll start to get into that in the next 10 or 15 years.