Enter to win a copy of the 21st Bucheon International Fantastic Film Festival catalogue, signed by the acclaimed filmmaker. 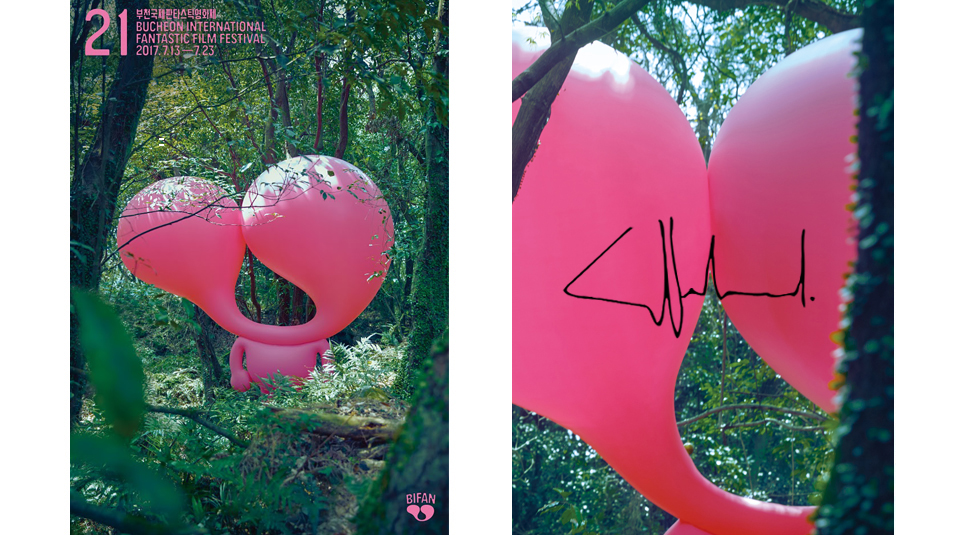 BIFAN for short, Bucheon is Asia’s largest genre film festival. Since its inception in ’97, the fantasy/horror lover’s paradise has experienced rapid growth in scope and popularity. At this year’s 21st edition, which just wrapped over the weekend, 289 films from 58 countries unspooled over the course of ten days. Anthem scoped out some 40 titles: the good (Morgan Simon’s A Taste of Ink) to the disappointing (Victor Mathieu’s The Monster Project), the baffling (Flying Lotus’ Kuso) to the ambitious (Bill Watterson’s Dave Made a Maze), and the time-honored masterpiece (Álex de la Iglesia’s Common Wealth) to the newly-minted classic (Gilles Marchand’s Into the Forest).

Marchand’s Into the Forest is one festival find we won’t soon forget. The psychodrama centers on 8-year-old Tom (an extraordinary Timothé Vom Dorp) who’s suddenly shadowed by a ragged stranger with an unsettling, disfigured face. Embarking on a summer holiday from Paris to Sweden with his 11-year-old brother Benjamin to visit their estranged dad (Jérémie Elkaïm), things are off to a rocky start. Tom has no memories of his dad, who abandoned them following a messy divorce years ago. Not long into their camping trip in the Stockholm wilderness, their dad starts exhibiting strange behavior, growing increasingly cold and distant. In the midst of this uncomfortable situation miles from mom and the rest of civilization, Tom is again visited by the strange man. He unpacks his fear onto Benjamin one night: “Do you think the devil is real? I think I saw him.”

Born in 1963, Marchand is an acclaimed French filmmaker and a graduate of IDHEC in Paris. He’s a three-time César nominee whose two previous directorial efforts, Who Killed Bambi? (2003) and Black Heaven (2010), premiered at the Cannes Film Festival. Into the Forest is his third feature.

In the interest of putting a celebratory cap on BIFAN this year, Anthem is giving away one (1) copy of the festival’s official film catalogue, signed by Marchand. To enter, simply shoot over a message to kee@anthemmagazine.com by 11:59PM EST on August 19. A winner will be chosen at random.