The South Korea-Japan discord continues to escalate and it’s spilling over into the entertainment sector. Fly the flag of peace. 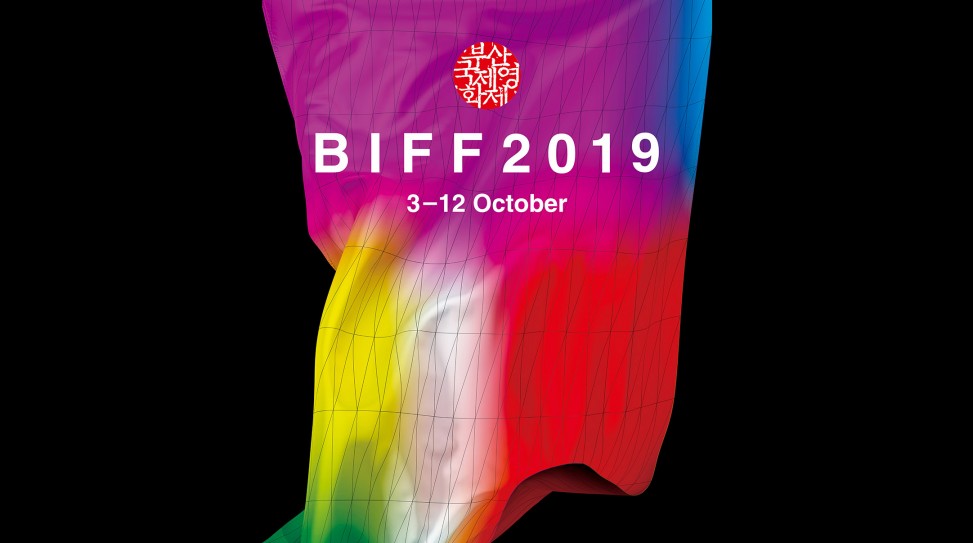 Bugger off, elements! Typhoon Mitag is practically foaming at the mouth right now. Our hat has gone with the wind. The umbrella is inside out, already. We’re a picture of elegance! This happens every year, you’d think we’re used to it by now. It’s Anthem’s third year covering the Busan International Film Festival in South Korea, and like the cyclone of death that’s been raging outside, there are some certainties we can seem to rely on: all-day movie marathons, insightful conversations, and a one-of-a-kind giveaway for readers—right, that’s where we’re going. But first, let us pivot to some unexpected piece of news, which came to light before this festival got going.

Hirokazu Kore-eda has been crowned BIFF’s Asian Filmmaker of the Year. This is surprising—pleasantly—as it comes at a time of deteriorating relations between Japan and South Korea: an escalating trade spat that has spilled over into the entertainment sector. Meanwhile, Bong Joon-ho’s Palme d’Or-winning Parasite is being shut out of Japan due to the diplomatic row. Tomohiro Machiyama, a prominent Japanese film critic, tweeted: “One of excellent and interesting Korean movies that has won the Cannes International Film Festival Grand Prix has been making efforts to promote itself in Japan. However, Japanese media outlets are rejecting their offers. Whatever status the two countries are in, it should not affect the movie industry… Isn’t this a shame?”

Japan and South Korea have never been easy partners: historical and territorial disputes have consistently marred bilateral relations. But today, this relationship may be at its lowest point since diplomatic ties were established in 1965. In recent weeks, Tokyo and Seoul have exchanged tit-for-tat measures as discord has widened from a long-running feud over Koreans who were brought to Japan to work in mines and factories before and during the Second World War. After Korean courts ordered Japanese companies to compensate the workers last year, the spat intensified and has now spread to trade, tourism, and even preparations for the 2020 Summer Olympics in Tokyo.

In any case, Anthem is holding a special giveaway to acknowledge this on-going dispute in the region, which is likely to worsen still before the neighboring countries reach some sort of resolution. Call this what you like, but crudely speaking, can’t we all just get along? A lucky entrant will receive one (1) limited edition enamel pin set, including a commemorative Old Boy pin celebrating BIFF’s Special Talk program: “100 Year History of Korean Cinema, 10 Great Korean Films.” To enter, email us and detail your first experience watching either a Japanese or Korean movie by 11:59 PM EST on 10/18. The winner will be chosen at random.

While at the festival to receive his Asian Filmmaker of the Year honor—the title also went to a Japanese recipient, composer Ryuichi Sakamoto, last year—Kore-eda screened his new film, which opened the Venice Film Festival in August. Set in France, The Truth marks the Palme d’Or winner’s first non-Japanese film starring an international ensemble, including Catherine Deneuve, Juliette Binoche, Ethan Hawke, and Ludivine Sagnier. As for Bong, the director returns to BIFF with his seventh feature film, which is set to open Stateside in select theaters on October 11th.

See you out there, weirdos!