The English actress buries the ghost of Skins’ Cassie with Game of Thrones and Stuart Murdoch’s God Help the Girl. 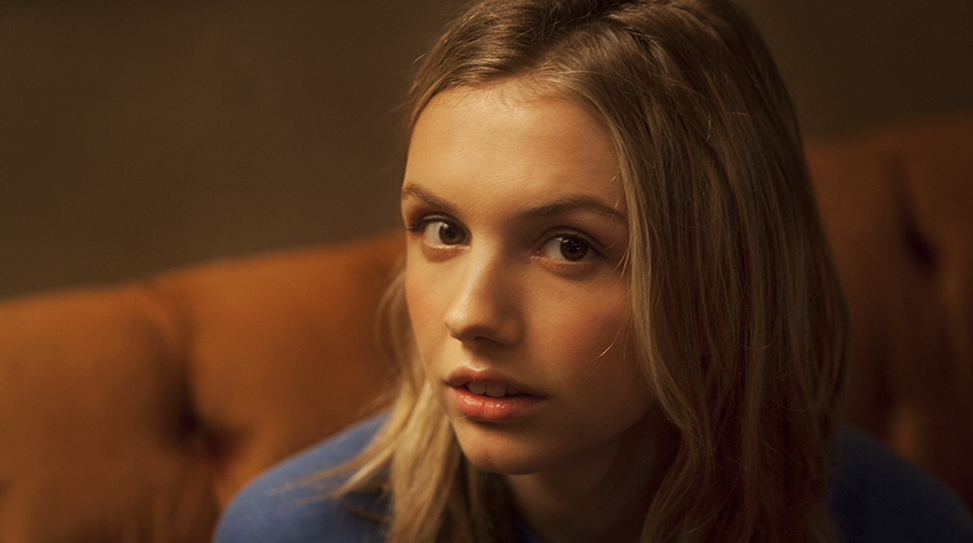 I think it's important, in terms of working out how you feel about life, to think about death as well.

If you’ve somehow managed to evade the Game of Thrones cyclone that swept up the rest of mankind’s couch potatoes, it’s still likely Hannah Murray has appeared on your dashboard at some point in time. The 25-year-old first burst onto the scene with cult teen drama Skins as pill-popping Cassie, a role she would revisit years later to help bring the series to a close. Outside of that hysteria, Murray continued to blip on our radar with Cannes’ Un Certain Regard oddity Chatroom, the dreary sci-fi romance Womb alongside Eva Green, and Tim Burton’s Dark Shadows.

Where Murray’s filmography lacks in length, it makes up for in diversity, which brings us to God Help the Girl. Written and directed by Stuart Murdoch of Belle & Sebastian, the story centers on Eve (Emily Browning), an inpatient with chronic anorexia who sneaks out of the hospital in the film’s opening moments. (Except this is a post-modern musical/romcom, so she literally sings her way out the window.) Once outside, Eve secures a sense of belonging in fellow misfits James (Olly Alexander) and Murray’s Cassie—apparently coincidental—and an adorable pop outfit is born.

Murray has several more projects in the pipeline, including Micael Preysler’s Lily & Kat and Suburbs, a Danish film based on the mysterious Bridgend suicides in South Wales.

Skins was your first job as an actress. How steep was the learning curve?

It was a pretty steep because I hadn’t done anything prior to that and didn’t know how filming worked. I had to learn all the speak very quickly and what everyone’s jobs were on set. It was an amazing education from that point of view. It was also great to be playing such a complex character and have a lead role in something. All in all, it was wonderful to jump in at the deep end. I was around people my own age and we got on so well. We had a great couple of years together.

Was acting something you wanted to do for a long time?

I was 11 when I decided I wanted to start acting, but I didn’t know how to get into it. No one in my family did anything like that and I didn’t know anyone. It did seem like an impossible dream. I got involved with a local theater group, an after school kind of thing. It was there that I heard about Skins because they wanted to find unknown actors—real teenagers. I was very lucky to go to the open audition and get a callback three or four times before getting the part on my 17th birthday.

You can’t beat that. Skins went onto become this cultural force. Did you find it difficult shedding that character since that’s what people associated you with for so long?

I guess, but I only did that for about two years. Some people go onto do a series for seven years and that’s quite common. I’d say that it was less a conscious decision and more that I wanted to do different things anyway. The first thing I did after Skins was a play in the West End portraying a very different character. I think I’ve been very lucky that I’ve been able to play a variety of characters, and I hope that people now think I can do different stuff.

You can see that with Gilly on Game of Thrones and Cassie in God Help the Girl.

Yeah, definitely. I was actually filming Game of Thrones and God Help the Girl at the same time. I’d be in Glasgow for a few weeks and then do a couple days in Belfast with different color hair. I was doing a modern-day musical that was, for my character, very light and happy and fun, then I’d be giving birth to my dad’s baby in this bleak kind of setting. [Laughs] They were also very different in terms of scale because you have this small, indie movie opposite a huge, mammoth show. It felt like I was living the dream getting able to do such different things alongside each other. For me, that’s what keeps things exciting. It’s about having that variety.

How did you get involved with God Help the Girl?

It was a very long process. I auditioned for about a year, although there were long gaps between each audition. They took quite a long time to get all the funding in place. When I first met Stuart [Murdoch], I sang for him and that seemed to go quite well. I saw him again a couple months after that and there was a really long silence, which made me think it wasn’t going to happen anymore. Eventually we got back in touch. I initially went in for Eve, then Cassie, then Eve again.

They basically just had everyone read for Eve when they first started casting because there were more scenes ready for her. I always knew that they were going to find girls that were more Cassie than Eve during that process. I was just excited to be part of the project anyway. I would’ve been a tree in the background had they asked me because I wanted to work with Stuart so much. [Laughs] At one point, Elle Fanning was cast as Cassie and I thought that was over for me, but they got me back in as Eve. I think Stuart always knew that I wasn’t an Eve, but he wanted to get me involved somehow. That’s why I would’ve been a tree if things didn’t work out!

Is it purely coincidental that you wound up playing another Cassie?

It is purely coincidental. Stuart had never watched Skins and I doubt he really knew that I’d played a character with the same name. Yeah, it was just one of those weird things. I think there’s something nice about it, like, that name is lucky? The Cassie role on Skins was my first and this is sort of my favorite one I’ve ever done. It feels special in that sense.

And you worked with Olly [Alexander] before on Skins Pure.

Except we did things the other way around. We shot God Help the Girl in August and then we shot that Skins thing together in December. But we had known each other for, like, five years before doing the movie. We first met in an audition to play brother and sister. We would often go up for the same projects and became friends. We’d always wanted to work together, and finally got to.

The chemistry between the three of you is strong in the film.

Oh, good. I’m glad. I think it’s difficult to fake something like that, especially with this kind of group dynamic. You would’ve been able to tell if we didn’t get on too well. And we didn’t have trailers on this movie, so it was essential that we did get on really well. It’s not like you can go off and have an escape. We were always together, and we always wanted to be together.

Did you have any musical background going into this?

No, not really, but I took some singing lessons in school for awhile. I used to think that I wanted to become a Broadway person. [Laughs] I wanted to be an actor, but musicals are what I really wanted to do. But I was very, very nervous about it and never sang in public. I was really shy about my voice. I like singing and it makes me feel really good, even though I don’t necessarily think I’m that good at it. I really wanted a job where I would have the opportunity to explore that side more. In that sense, this movie was absolutely a dream job.

What’s going on with Lily & Kat at the moment?

I don’t know! They haven’t taken it to festivals yet, but maybe later this year. I’m really excited to see it. That was an intense shoot. I’m very, very close friends with Jessica Rothe who plays Lily. We actually had, like, a five hour Skype session yesterday. So I got on really well with her and we became very close throughout the shoot. It was amazing to get to work in New York and do something here. It was a cool script, so we’ll see how everything turns out.

When did you guys shoot that?

I shot God Help the Girl and Game of Thrones, then Lily & Kat, then Skins Pure back-to-back. So it was almost two years ago now.

Would you say waiting around is one of the more stressful things about being an actor?

Well, it’s the hard part about doing indie movies. It can take a long time for things to come out. With God Help the Girl it took a year and a half until we actually got to see it, and it’s coming out two years after we shot it. It’s quite a long process, but I guess that’s just what it takes to get these personal projects off the ground. I think it’s different when you do a massive, studio movie where you know exactly when the release date is and everything. It’s just part of the job.

Is it sort of the same deal with Suburbs?

I’ve seen little bits of that movie. I think it looks amazing from what I can tell. Again, with these smaller films, you do put so much into them when you’re working on them. Suburbs was a really intense experience. It was draining and grueling, physically and emotionally. I was covered in bruises every day. I’m very proud of the work we did and I think it’s going to be very exciting. The last thing I heard is that they’re thinking about maybe taking it to Sundance, but we’ll see what happens. That’s one that I’m really keen for people to see.

What did you learn about the Brigend suicides during the process?

There’s this county in Wales called Brigend, which actually covers a lot of area. It’s just that they’ve had an unusually high suicide rate for quite a long time, particularly among teenagers. No one really knows why. I did quite a lot of research and people have made various guesses as to why, but no one really knows. The story that we’re telling is a love story. I play an English girl who moves to this tiny village and gets in with this crowd of people that are, unbeknownst to her, involved in a suicide pact. She falls in love with a boy who, suddenly for the first time, has a reason to live. But he’s torn between his loyalty to friends and this prearranged pact, and this girl.

Our director, Jeppe [Rønde], told us some stuff that really fascinated me, like, there are instances of mass suicides among animals. Dolphins will beach themselves all at the same time. One of them would do it and it’s as if the other ones want to be with that dolphin. It’s a fascinating instinct. I think it’s important, in terms of working out how you feel about life, to think about death as well. For that reason, I think it’s an important subject to explore.