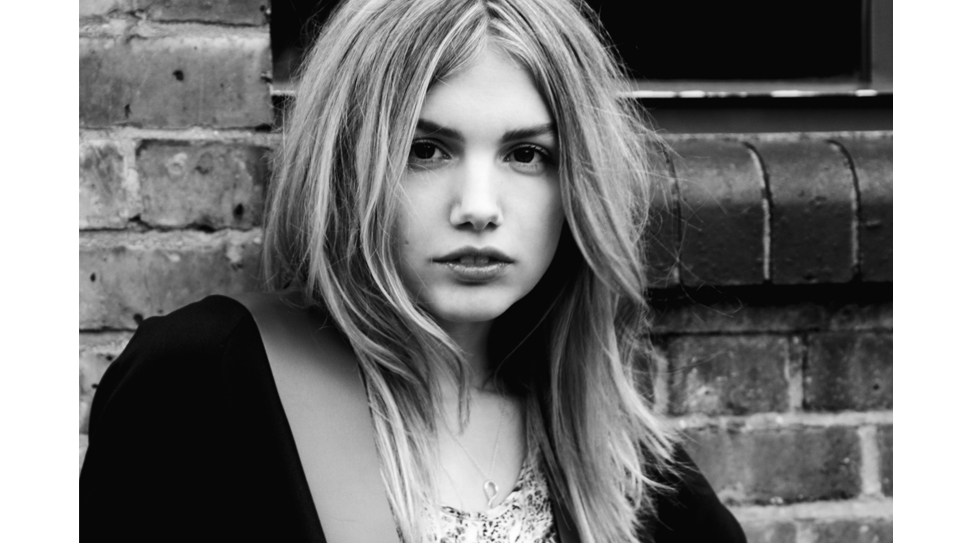 The more we talked, it felt clear to me that Jeppe [Rønde]’s desire to make this film came from a very compassionate place.

From 2007 to 2012, the county of Bridgend in Wales reported 79 suicides, most of them teenagers who left no note behind. It’s a worrying number considering the relatively small population. The epidemic brought on gruesome speculations and international media sensationalism. Most of all, the scourge brought on frantic terror as residents were left baffled. There are conspiracy theories and suspicions of foul play, but authorities never settled on a possible threat or credible cause.

Ripped from the headlines and drawn from personal research conducted over a six-year period, Jeppe Rønde’s Bridgend doesn’t attempt to foist easy answers or explain away a horrible riddle that will always remain to some degree inexplicable and bewildering to those closest to it.

In Rønde’s fictional account of the tragedies, Bridgend is reeling from yet another suicide when Sara (Hannah Murray) and her policeman father David (Steven Waddington) roll into town. As David investigates the cluster suicides, failing to make inroads with the town’s troubled teens and their armor of silence, Sara gets considerably closer as she’s cajoled into their insular world. These quasi-ruffians congregate like a pack of wolves, in one scene chasing literal sheep down darkened alleyways for their own amusement. The disaffected youth drink to excess, smash up the town, and dance themselves into a state of oblivion. They howl at the moon each time one of their own takes the final exit by hanging themselves. Lost and adrift like so many before her, Sara wades through this highly ritualistic social circle, spiraling towards a same fate they refer to as “leaving town.”

As the film’s epilogue indicates, “To this day the suicides haven’t stopped.”

Bridgend opens in New York City and goes live on Fandor on May 6. National rollout to follow.

We briefly touched on Bridgend before when you were on the promotional trail for God Help the Girl back in 2014, when it was still called Suburbs. You mentioned how the story is first and foremost about love. Is that what originally drew you to the material?

What most drew me to the material was the character of Sara herself, but I think that she could definitely be said to represent love within the story. For me, she is largely defined as a character by her capacity to love, and by the immense strength and open vulnerability that enables her to do so. I had never really encountered a character with such goodness as I felt she possesses, and what drew me most to the material was the prospect of exploring it through her eyes.

There is obvious danger that Bridgend might romanticize the real life tragedies. What questions did you have for Jeppe in the beginning to feel more at ease?

My main question for him initially was simply, “Why do you want to make this film?” He told me about how he had initially heard about the suicides, the years of research he had spent on the project, the time he had spent in communities in Bridgend and the people he had come to know during that time. The more we talked, it felt clear to me that Jeppe’s desire to make this film came from a very compassionate place, which was the main thing I felt I needed to know in order to choose to commit to the project.

The way that it’s shot and scored, the film has a dreamlike quality. There’s a lot of natural lighting it seems like, but the world looks unfamiliar in a lot of ways. What was your experience in Bridgend like overall? What’s the atmosphere like over there?

It wasn’t a part of Wales that I had really ever spent time in before. I was absolutely blown away by the beauty of the landscape, which feels very unique and specific to that part of the world. I’ve grown up and lived most of my life in large cities, and I realized halfway through shooting that it was by far the longest time I’d ever spent out of an urban environment. I think being so close to nature the whole time spoke to something quite important inside of me. I felt much calmer and stronger, but at the same time, my emotions were much more heightened. It sometimes felt quite magical to be there.

Jeppe comes from the world of documentaries and I think that gave him a really unique perspective here. Did you find his creative process interesting in any particular way?

I found Jeppe’s creative process interesting in many ways. During one of our first meetings, he told me that he doesn’t see a difference between fictional films and documentaries. And although I don’t necessarily agree with that statement, I was really excited by the idea of working with someone who was coming at the process of making a narrative feature from that background and with those beliefs. I also have immense respect for the style of acting that Jeppe favors. His rigorous demands for minimalism and realism on this film made me a much better actor, and has hugely influenced my taste in performance style and the way I like to work.

How much of Sara was based on real people and their stories?

Sara is a fictional character, as are all the characters in our story. And our specific story is a fictional one. It is a story that’s been inspired by true events, but not one that’s based on them.

Is Snowy, Sara’s white horse, meant to be as symbolic as it seems? In mythology, white horses are believed to be “end of days saviors.” What did Snowy mean to you?

I didn’t know about that particular symbolism of white horses relating to the “end of days.” But certainly, for me, Snowy had all kinds of significance. The activity of horse riding feels connected with childhood for Sara, I think, and it is something Dave encourages in an attempt to keep her a child and to keep her safe. At the same time, it can be a highly dangerous activity, easy to imbue with sexual connotations, and offers Sara a sense of freedom and release. I find it fascinating the way those two opposing forces coexist so closely in our story.

You had mentioned before how you shot Game of Thrones and God Help the Girl simultaneously. Was it the same thing with Bridgend? I wonder if that was maybe a bit more difficult since Bridgend is so dark and Game of Thrones isn’t particularly uplifting, either.

I had one scene left to shoot on season 4 of Thrones after I started Bridgend, so I traveled back to Belfast at the end of my first week of filming in Wales to do that. I was mainly just struck by the difference between the two projects. I went from filming on a beach in Wales—improvising and running around with two other actors, and feeling almost like there was no film crew there—to doing a scene at Castle Black with about a hundred extras, multiple cameras, and crane shots. But ultimately knowing that in both instances you’re trying to do the same thing—communicate a story. And I feel incredibly lucky to have had such varied exposure to different ways of doing that.

How do you choose projects nowadays? You seem committed to trying out different kinds of things. What drew you Antonio Chavarrías’ upcoming film The Chosen, for instance?

I definitely feel committed to trying out different kinds of things. That’s always been one of the things that most excited me about being an actor. I was drawn to The Chosen for a number of reasons. I would say it was the first part I had been offered who was a woman, not a girl. It was the first time I’ve ever played a real person. It’s set against a historical and political backdrop that I was fascinated to learn more about. It’s an incredible story with gut-wrenching emotional weight.