A new day at the Cannes Film Festival can only mean one thing—a fresh batch of films to dig our teeth into! Following a night of heavy partying up and down the Croisette, we begrudgingly tore ourselves out of bed Saturday morning to catch an early press screening of Mike Leigh’s Another Year, one of […] 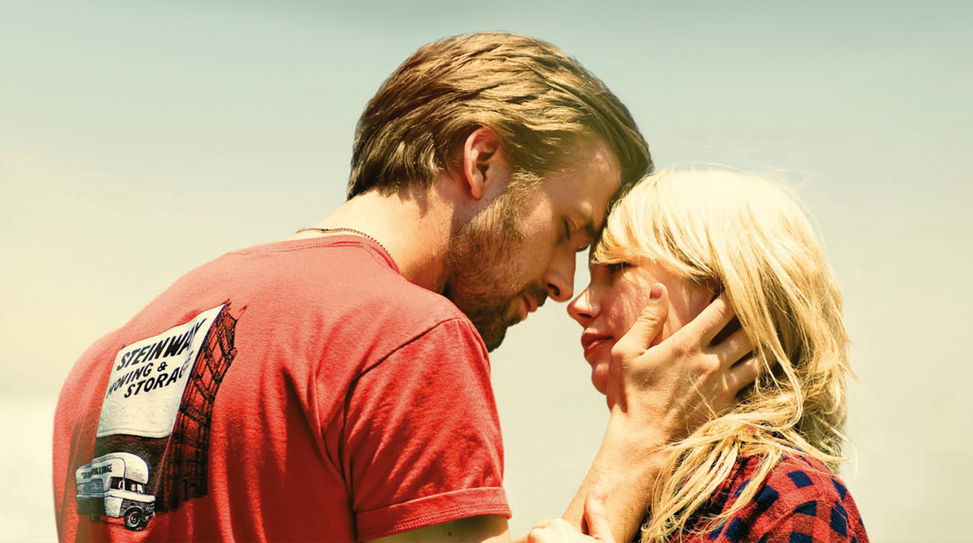 A new day at the Cannes Film Festival can only mean one thing—a fresh batch of films to dig our teeth into!

Following a night of heavy partying up and down the Croisette, we begrudgingly tore ourselves out of bed Saturday morning to catch an early press screening of Mike Leigh’s Another Year, one of 19 films competing for the Palm d’Or at the festival. True to form, the English filmmaker returns with another intimate character study concerning an emotionally complex and atypical woman in the vein of Vera Drake and Happy-Go-Lucky. Lesley Manville’s stirring portrayal of an abrasive and insecure, yet oddly personable, alcoholic is perhaps most notable here. The newcomer sets the bar considerably high and she might be the one to beat in the Best Supporting Actress races come awards season.

Considering its subject matter, Another Year was actually quite the gloomy affair, which proved hard to stomach first thing in the morning—we’re in paradise, people! Naturally, we made a brief pit stop at the Palais’ Nespresso Bar to cleanse our palette with the aid of some caffeinated goodies before throwing ourselves at the mercy of another jam-packed day of screenings, starting off with Gregg Araki’s Kaboom. As you’re probably well aware, the cult phenom isn’t exactly known for catering to the masses with the most accessible films. So, the walkouts at the screening were entirely expected. Kaboom shouldn’t disappoint hardcore Araki fans, as it’s the filmmaker’s standard fare. As for everybody else, “outlandish” and “oversexed” don’t seem like strong enough words to describe it.

Fearing that we might wear ourselves out halfway into the festival, we decided to take it relatively easy on Sunday. Although it’s never easy pulling away from the festival grounds due to our fixed schedule, we do make the point of checking out the local hangouts whenever time permits. Following the screening of the perfectly enjoyable, yet unremarkable, La Princesse de Montpensier at the Grand Théâtre Lumière, we sat down for a leisurely breakfast at the Moure Rouge, took in its pacifying view of the Mediterranean, knocked back a couple of beers, and capped it off with a much-needed afternoon nap on the beachfront. Feeling rejuvenated for the first time since stepping foot in Cannes early last week, we threw on our best suit and darted out the door for—what else?—more screenings!

Monday started off to a promising new start with Alejandro González Iñárritu’s long-awaited Biutiful. Javier Bardem’s formidable acting chops don’t go to waste in this haunting—and yes, quite beautiful—cinematic gem about a man who must come to accept his mortality when he suddenly becomes a slave to an incurable disease. In true Iñárritu fashion, the film deals with some heavy subject matters—death and heartbreak, mostly—but everything is kept fairly straightforward, intelligently sidestepping the dangers of coddling the audience and saving us a beating over the head with convoluted ideas. Reteaming with his choice lensman Rodrigo Prieto and composer Gustavo Santaolalla, the Mexican director paints a grim portrait of the world, which has now become his calling card. Although the reactions from critics have largely been divided, it’s one of our personal favorites at the festival so far.

And just when our day was about to get even better with the press conference for Jean-Luc Godard’s Film Socialisme, we caught wind of his abrupt cancellation. The legendary filmmaker didn’t give a clear enough reason for his absence, but here is a man who made an entire career out of pulling stunts like this in the past—that old geezer. Understandably, we started to draw our own conclusions. Perhaps Godard wasn’t ready to face up to the world’s most vicious critics who would collectively breath down his neck for making what seems to be one of his most inconsumable films to date (also rumored to be his last). We certainly had strong opinions about it as well.

In what looks and reads like a painfully pretentious and contrived student film, the awkward interplay of text, audio, and images add up to an indecipherable mess. Touching on everything from Hitler, Stalin, Hollywood, war, nationalism, gambling, socialism, women, and religion to The Battleship Potempkin, Film Socialisme is a lot to take in one sitting and we still haven’t the slightest clue what the film trying to communicate. Those in the audience who simply up and left during the screening seemed to have the right idea, but we wanted to stick it out for the imminent parade of booing. When no such thing came to pass, our annoyance quickly turned to fear. Were they clapping out of pity? What is this overblown film really about? We’re not so sure even the 79-year-old maverick has the answer.

Le Princesse de Montpensier by Bertrand Tavernier (** out of ****)

Biutiful by Alejandro González Iñárritu (*** out of ****)