The legendary activist on children’s influence on parents, the debt cycle, and her youth conservation program Roots & Shoots. 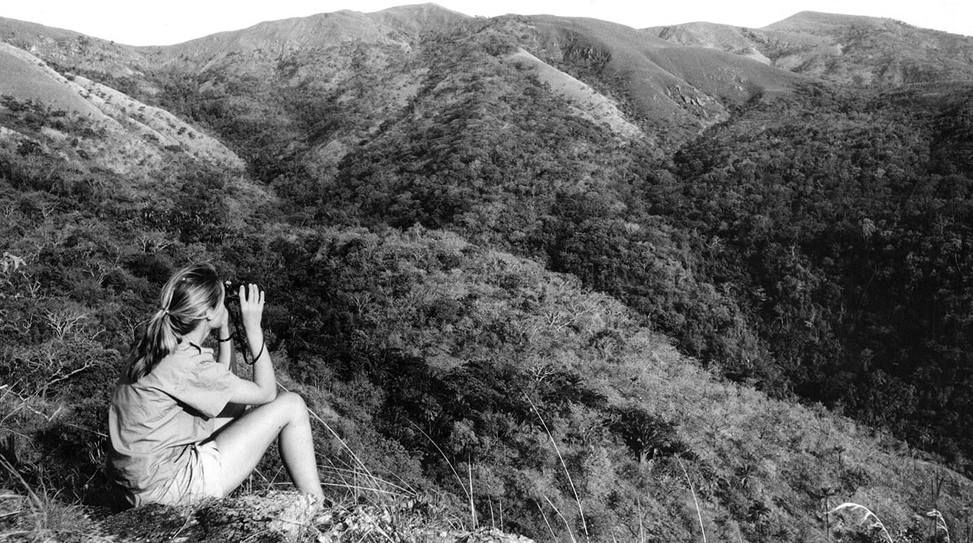 Every individual has a role to play, even if they’re not sure yet what it is.

Last week, Dr. Jane Goodall shared her message of hope with Anthem in New York City, while promoting her new MasterClass, for which anyone can pay $90 to watch six hours of lectures about conservation, as well as chimpanzees, the animals the legendary activist made her name studying.

In the MasterClass, Goodall reflects on her life’s work, from her breakthrough in animal sciences to her global community conservation institute. She offers expert advice on communication and advocacy strategies, as well as a global view of the interconnected threats to animals and the environment. She tailors her message to everyone, from professional conservationists to those aspiring to be better global citizens. For instance, Goodall’s Roots & Shoots is a youth service program for young people with the mission to foster respect and compassion for all living things.

The UN Messenger of Peace’s work with the chimpanzees in Gombe is the foundation of her perspective on environmental and animal conservation: She tells about her famous breakthrough and dives deep into the behaviors she observed among the chimps that challenged the notion that humans and animals were fundamentally separate. In her MasterClass, she shares her knowledge of animal intelligence, environmental destruction, and successful conservation efforts in pioneering depth, and connects the dots between these issues to illuminate how each affects the other.

Take a closer inspection of her first-ever online class after the jump.

Is that too far out?

[Laughs] That’s ridiculous. We gotta look after what we have here on earth.

Okay, sounds good. The Anthem audience is future forward and is also the audience that would buy a Tesla or loves nature. What I love about MasterClass and what you’re doing is that you’re engaging people via social media and via this film [Jane] to activate young people in the next generation as to what they can do, rather than being immobilized by fear.

That’s the reason people very often do nothing. It’s not that they don’t understand the need—they don’t know what to do. And they feel helpless so they do nothing.

Do you think we need more people like John Lennon in this era who talk about these things, like yourself? Do we need more hip, cool, interesting, articulate people?

I think it certainly helps if people who the young people admire and follow around and, you know, if they’re talking about things that matter. I think that’s important.

Because your generation certainly had a lot of that. You had this duality of war and duality of uncertainty. But now it’s kind of interesting because, rather than just temporary war or regional war, it’s almost like the planet is at war with the humans.

No, the other way around.

Or yeah, reverse it. The humans are at war with the earth.

That’s right. It looks right now as though the earth is finally hitting back.

We need people rolling up their sleeves, doing something. Have you heard of Roots & Shoots?

I did do some research on it.

Roots & Shoots began with 12 high school students in Tanzania. They came and were concerned about the things going on in their environment, and it was so interesting. They came from nine different high schools. Some were passionate about poaching and national parks and why the government wasn’t prosecuting the poachers. Some were passionate about the student program. Some were concerned about cruelty to stray dogs. And some were very, very concerned about the structure of the coral reefs and litter. All that sort of thing. So from that little session we had with those 12, I told them to go find their friends who felt the same way they did and we had a meeting. Roots & Shoots was born at that meeting. It wasn’t a corporate institute at the beginning—it took a while for that name to stick. It was in my head and I kept trying it out and then thought, “Well, is this the right name?” Some said, “Yes,” and some said, “Well, that’s a strange name.” Anyway, right from the beginning, the most important message was that every individual matters.

Every individual has a role to play, even if they’re not sure yet what it is. Most importantly, every individual makes some impact every single day and we have a choice on what kind of impact. So right from that first day, it was decided that each group between them would choose three projects to make the world better: one to help people, one to help animals, and one to help the schools with quite a lot of kindergartens and very strong on universities. We still don’t know how many active groups there are and, of course, it’s always changing when kids leave you, but it’s about 100,000 groups. A group can be a whole school. In China, we have a lot of young people. It’s in 100 countries. So they get together, talk about what they care about, then discuss among themselves and their university or maybe a teacher or a parent—it doesn’t matter. We ask, “What can we do about this thing we’re concerned about?” and then go out and take action. It’s all about action.

At what age range do you think this is most effective?

I think the younger we start, the better—8 or 12. Each age has its own really enthusiastic individuals that are really prepared to go out and do something. Late teens are a difficult age, but those ones are going to university and really passionate. It’s very important to encourage youths. The reason we’ve grown so fast in China, for example, is the university institute groups go into the high schools and primary schools. Sometimes high school students go into the primary schools and start institutes to give them guidance. It’s making a huge difference, and that turns around in two ways. First of all, the kids can very often influence their parents. Parents in America tell me, “My kids made me recycle. I didn’t use to, but now I can’t go around buying something that isn’t organic or fair trade.” [Laughs] That’s what parents tell me. And it’s the same in China. Parents in China say, “My kids insist that I recycle and pick up litter,” that sort of thing. Then we get all of what I call the alumni, many of them now in responsible positions like in government.

A lot of us go to college and come out with a lot of debt, and move to a big city. We have to go work for big corporations. What if you’re working for a company that’s polluting the planet with plastic? How do you get away from the debt cycle? That’s probably the hardest thing: People do want to leave this debt cycle. but they’re trapped in this plastic propagation.

Well, I’ve had many students come and talk to me about that very thing. The best you can do is think, “Okay, I’m working and I’m making plastic and I hate plastic and I know what plastic is doing so I’m going to talk to people about what plastic does. Yes, I’m making it so I’m a hypocrite in a way, but I’m making the money so I can get away from this job that I detest and start to make a real difference.” Even when you’re trapped in that situation, you can still tell people about the evils of plastic. I mean, your bosses will fire you when they find out, but… There’s so much to talk about. Everybody can talk about the consequences of the little choices they make every day. What do you buy? What do you eat, and where? Where does it all come from? Did it cause suffering, like child slave labor? Is it cruelty, like the intense animal farms? Did it harm the environment?

What would you say to the CEOs of these companies and the shareholders responsible that are also in a tough position? To CEOs who can have macro change, what would you say?

Well, I do tell them and some of them take action. Paul Conan of Unilever started making quite a big difference with many of his decisions. When the ban was put on entering America and this whole thing about migrants happened, Howard Schultz of Starbucks immediately decided to employ 11,000 migrants in over 75 countries where Starbucks operated. So CEOs are beginning to get it. And very often, it’s the children pushing them in that direction. You see those examples. And yes, we want to do more on Native American reservations because of this high suicide rate. We’ve seen that [Roots & Shoots] works there. We’ve had kids go to college. But we need to get funding to keep doing that. And Prisons? It’s made a difference in five different prisons where we had the program and the prisoners feel that, you know, they’ll be useful again.

The story I loved in prison was in Pelican Bay, the supermax prison of mostly gang members from around California. These five prisoners decided to become part of a Roots & Shoots group. I got this thing listing out who they were with their names. Where you might say you’re a teacher or do some work inside a coffee shop, it would say, “Second degree murder.” [Laughs] It was so funny, all with their mug shots. But what they did was find all the different prisoners who wanted to do art, and some were amazing at it. They got chosen artwork pieces out to their wives and the wives made little cards and sold them. The money was to go to the schools where these Roots & Shoots prisoners’ children went. The same sort of thing happened at a women’s prison in Danbury. These women were inside for income tax fraud and that sort of thing—nothing lethal. These Roots & Shoots prisoners would go to schools, telling them, “This is what happened to us. You don’t want it to happen to you. Don’t fall into this trap.” And some of them were immigrants so they sent messages out to where their kids were. You know—we could do a lot more if we had money.

I’ll help you when I can.